The Army, in spite of its ongoing challenging national tasks towards control of the COVID-19 epidemic and showing the organization's highest regard and deep veneration for conduct of the annual Kandy Sri Dalada Perahera (pageant) festival, offered five tons of dried coconut (coppara) for illumination of the historic pageant to the Sri Dalada Maligawa for the 7th consecutive year during its parade along the streets in Kandy.

Despite heavy workload, Lieutenant General Shavendra Silva, Chief of Defence Staff and Commander of the Army honouring his organization's commitment to annual religious obligations and regard arrived at Sri Dalada Maligawa (Temple of Tooth) this morning (15) to symbolically hand over the stock to the Diyawadana Nilame ( lay chieftain), together with a few Senior Officers.

Headquartered in Boyagane, Kurunegala, Sri Lanka Army’s Vijayabahu Infantry Regiment (VIR) troops have been instrumental in supplying these stocks since the year 2014. This year's arrangement was organized on the guidelines given by Brigadier Sisira Pilapitiya, Colonel of the Regiment, VIR and Director, Directorate of Personnel Administration. The production process of those coconuts for illumination and fragrance throughout the parade generally begins three months ahead of the festival at Boyagane VIR Regimental Headquarters, adhering to all ancient practices, religious rites and rituals in line with age-old traditions.

At first, the Commander on arrival made offerings to the sacred Tooth Relic on the upper chamber after he was received by the Diyawadana Nilame and the Manager of the temple premises. Invocation of blessings on the country, all stakeholders and tri services fighting against the virus, followed afterwards, amidst beating of traditional drums before the stock of dried coconuts, prepared inside the VIR Regimental HQ coconut groves was formally delivered.

Towards the end of the programme, Lieutenant General Shavendra Silva was invited to give an interview to the temple-managed 'Dalada Maligawa Fb page' on the status quo and the Army's unfailing commitments to the Nation. Similarly, in reply to Media queries in the premises, Lieutenant General Shavendra Silva asserted that the military would not in any way be associated with the forthcoming General Elections since it falls under the purview of the Police. He also told the Media that the armed forces could help the Police only if the Police seeks our assistance in case of any emergency. 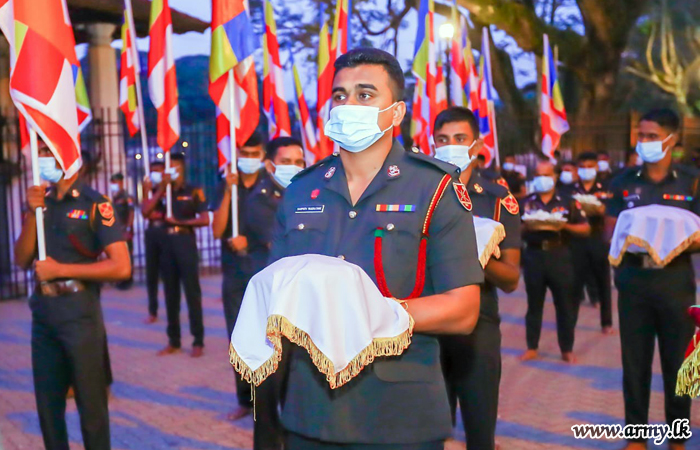 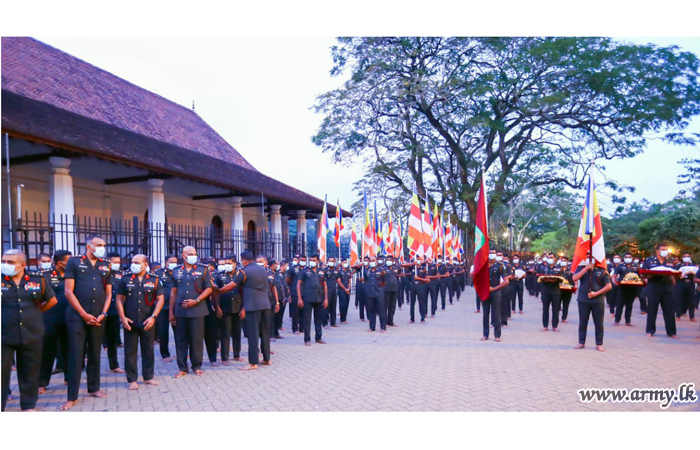 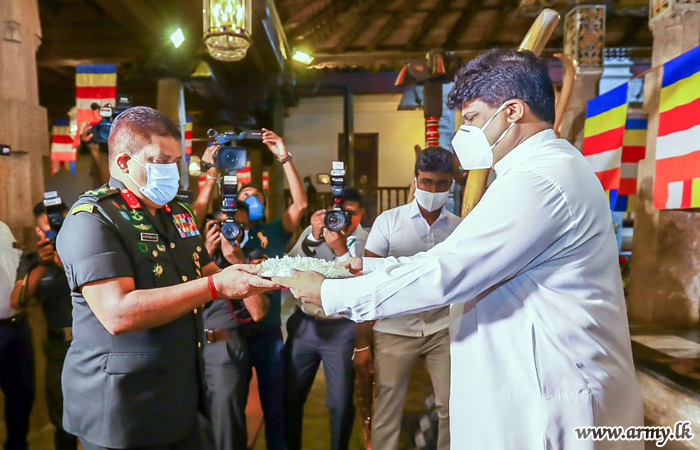 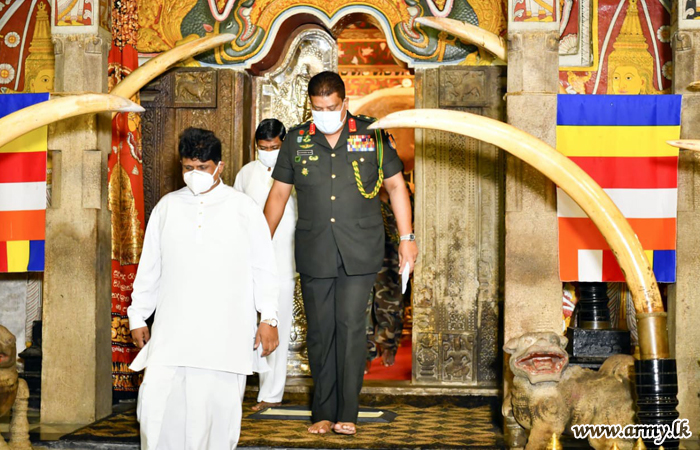 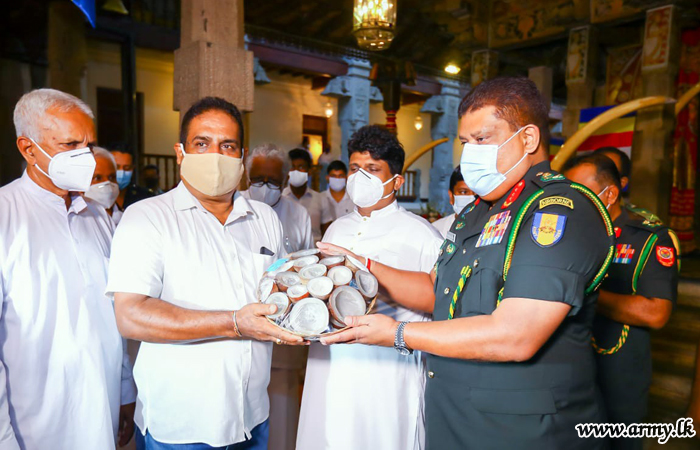 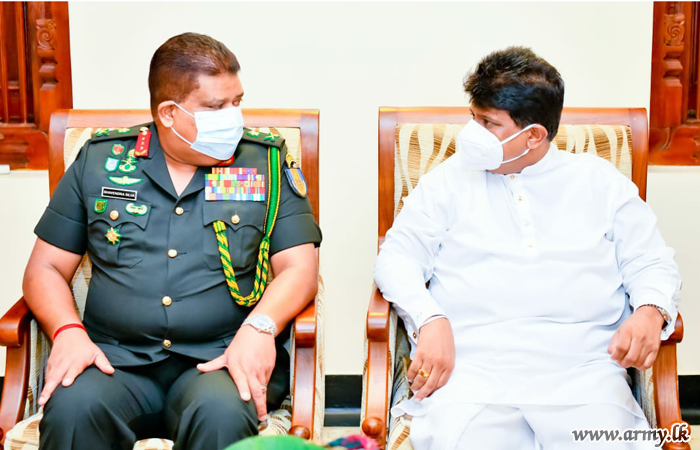 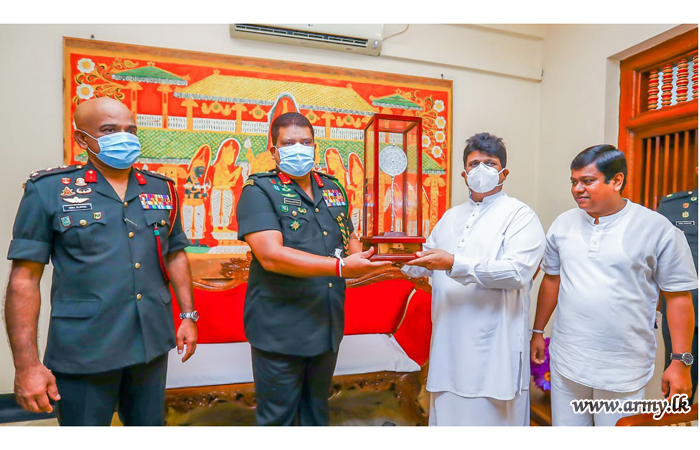 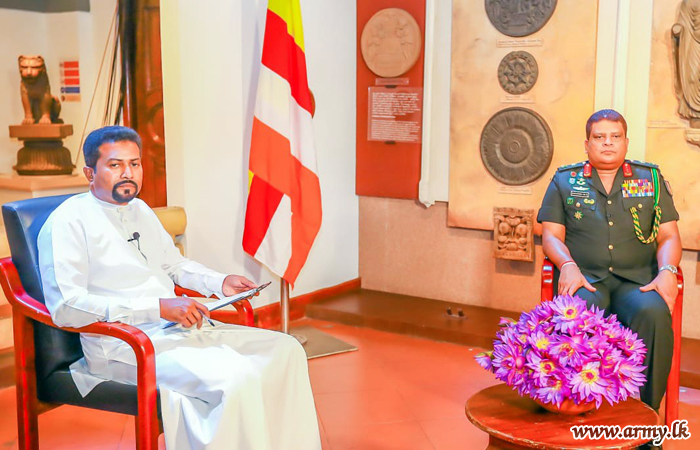