4 Commando Regiment (CR) troops on the directions of Brigadier Vijitha Hettiarachchi, Commander, Commando Brigade with sponsorship, provided by an overseas-based Sri Lankan philanthropist made arrangements to donate free dry ration packets to 205 low-income group families and monks in the Galwewa temple in Hambantota area on Tuesday (12).

The project was initiated by Commandos in response to a social media post, in which poor civilians in Galwewa area were seen offering a glass of water to the monks begging for alms instead as they could not afford to offer any eatables or alms to those Buddhist monks as their day’s lunch.

The sponsor, Mr J.H Ekanayake, Lieutenant Colonel K.V.T.S Kekulawala, Commanding Officer, 4 CR, Commando troops of ‘B’ Group of 1 CR and Other Ranks were associated with the distribution programme. 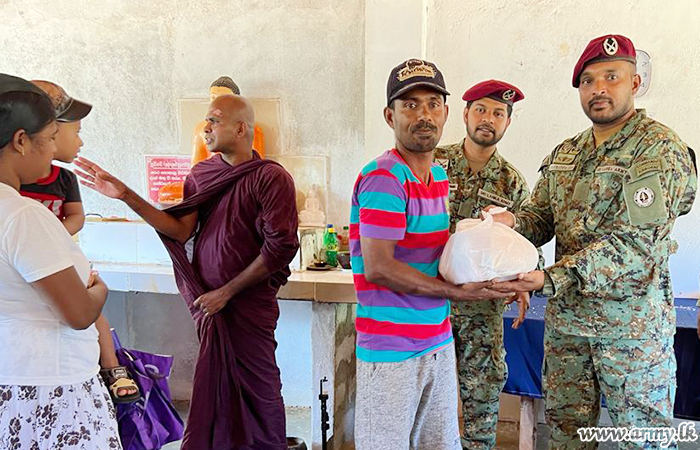 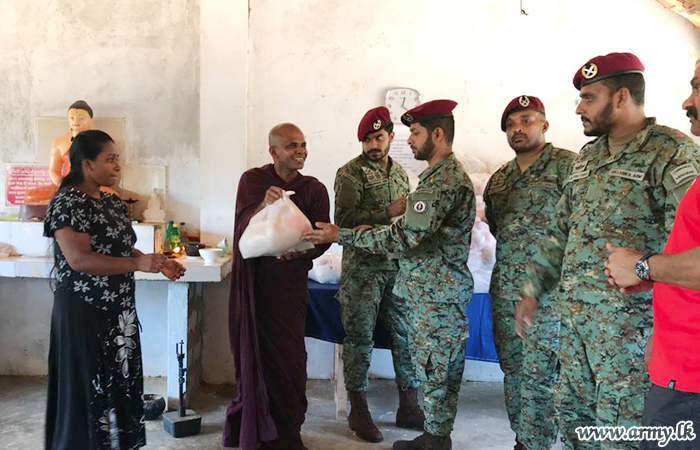 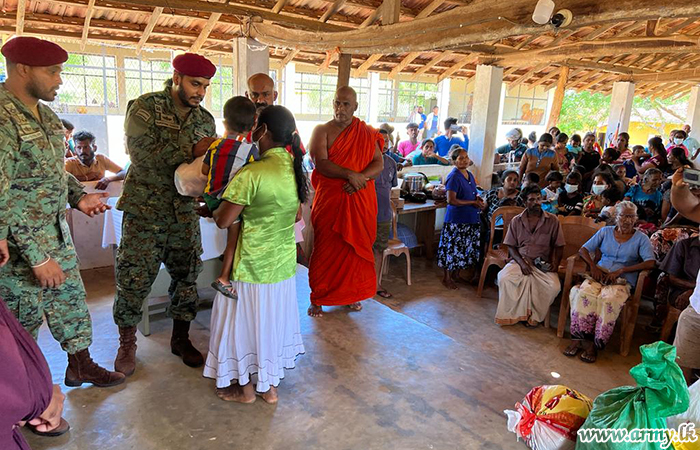 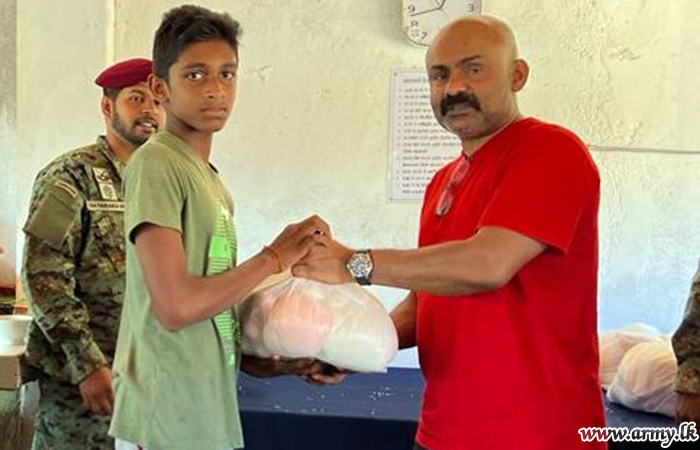