The 25th death anniversary of Late Major General Vijaya Wimalarathne, one of the finest war veterans ever produced by the Gajaba Regiment (GR) of the Sri Lanka Army in contemporary times was held on Sunday (6) at the Gajaba Regiment Headquarters at Saliyapura, Anuradhapura.

At the invitation of the Colonel of the Regiment, GR, Major General Shavendra Silva, the Commander of the Army, Lieutenant General Mahesh Senanayake also joined the commemorative programmes at Saliyapura, attaching special importance.

The 25th commemorative event, organized by the Gajaba Regiment of late legendary War Hero consisted of an all-night 'Pirith' chanting ceremony at the Gajaba Regiment Centre, followed by an alms-giving for 100 monks, headed by Most Venerable Warakagoda Sri Gnanarathana Mahanayake Thero of Asgiriya Chapter, the following day (6).

Prior to the commencement of the day’s religious ceremony, Lieutenant General Mahesh Senanayake, Commander of the Army and Colonel of the Regiment, GR, together with family members of late War Hero, placed floral wreaths at the War Hero’s memorial and paid their respect, giving due honour to his memory.

As part of the programme, the Commander of the Army unveiled a photo of the late War Hero a few minutes later. At the same time, Major General Shavendra Silva, Colonel of the Regiment, GR together with Mrs Vijaya Wimalarathne garlanded the photo. Lieutenant General Mahesh Senanayake and Mrs Wimalarathne afterwards left their memories about this War Veteran in the visitors’ book. To mark the event, the Commander of the Army also planted a sapling in the GR center premises. 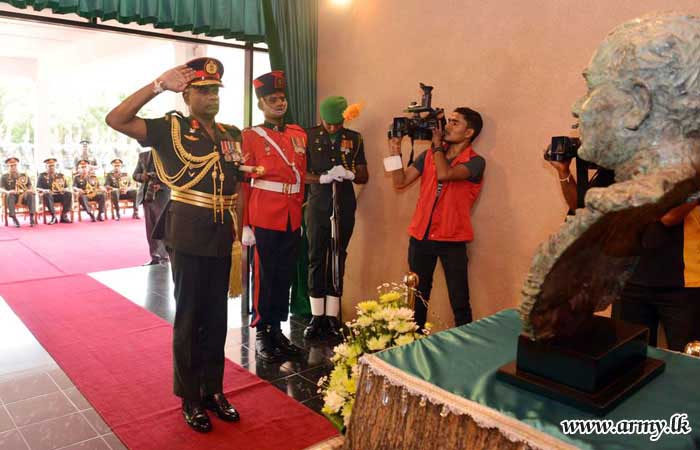 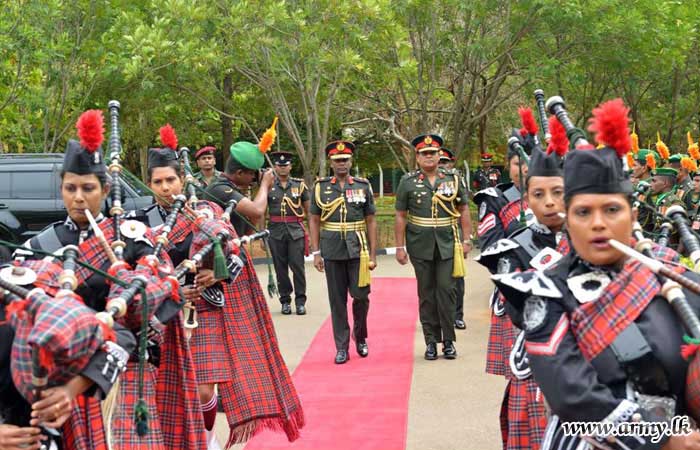 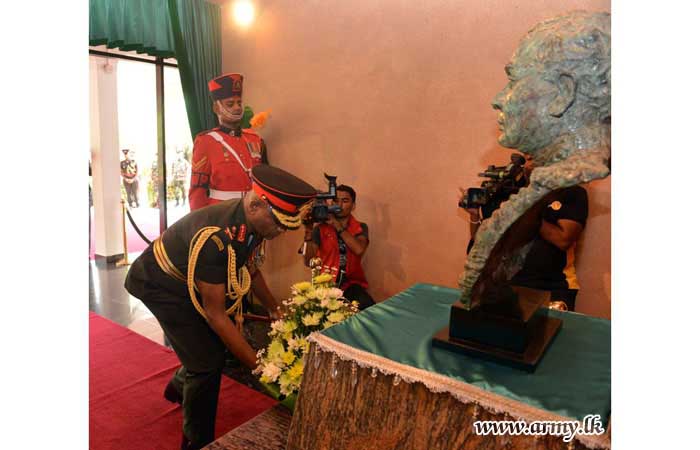 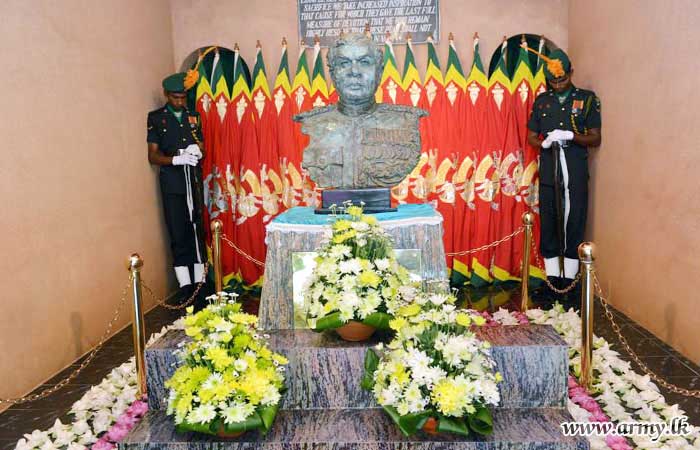 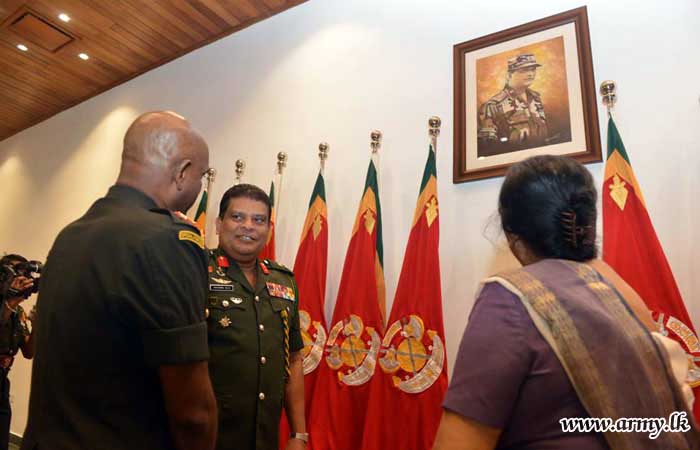 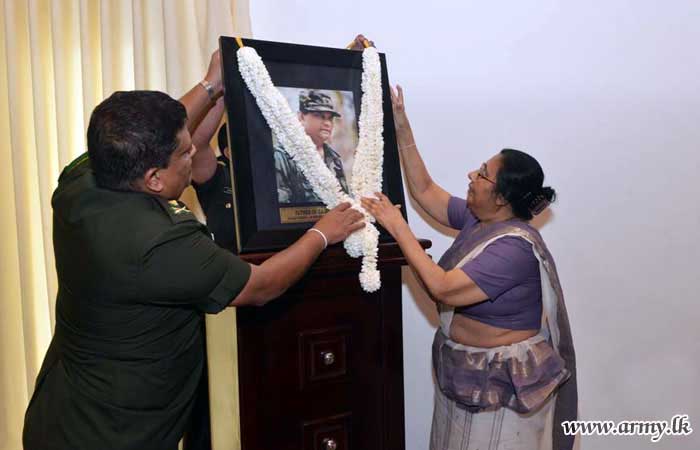 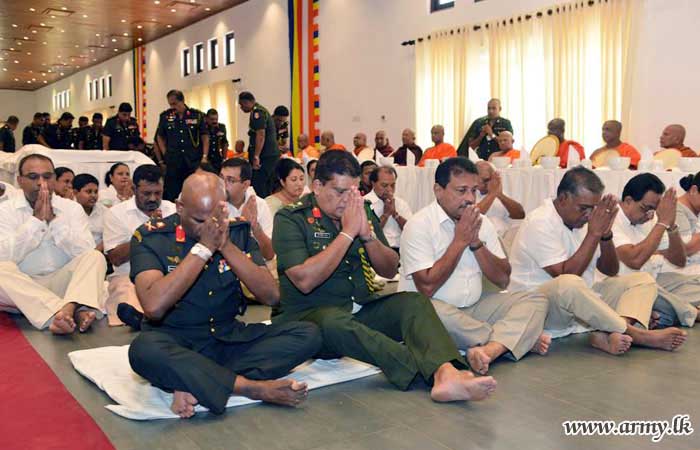 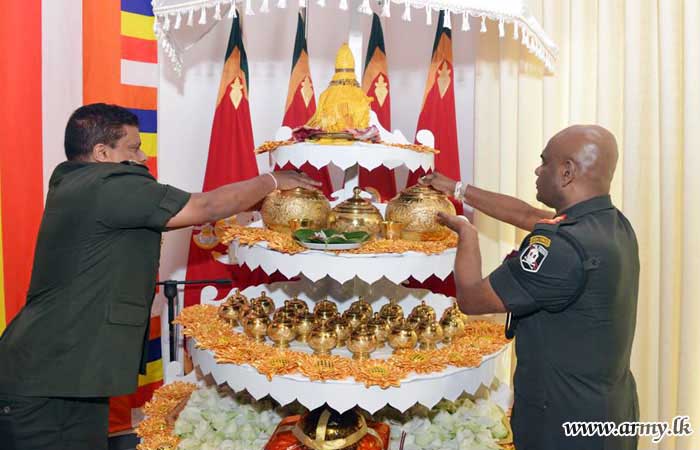 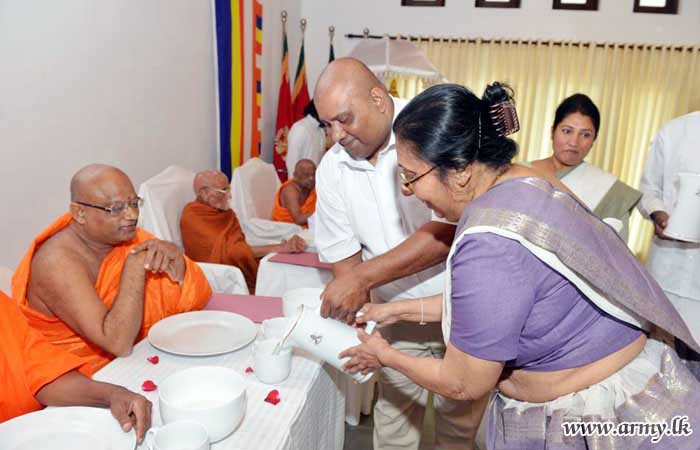 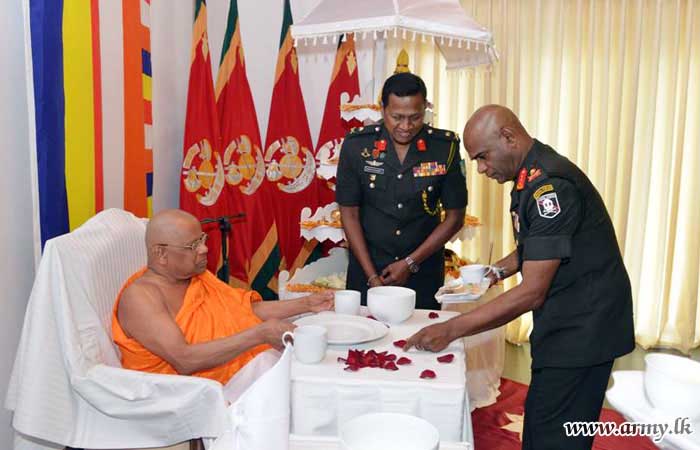