Troops serving the Security Force Headquarters - Central (SFHQ-C) at Diyatalawa on account of the 68th Army anniversary launched a project to clean up sideways of the road patch between Diyatalawa town and the Y junction on Haputale - Bandarawela main road on Monday (9).

Both sideways along this road were found littered with piles of garbage and various other elements causing a health hazard for some time and the situation has aggravated with the onset of rains.

Major General Rukmal Dias, Commander, Security Forces - Central (SF-C) after learning about the requirement for cleaning mobilized more than 150 Army personnel, drawn from nearby formations under the SFHQ-C.

Civil employees from Diyatalawa Divisional Secretariat, Road Development Authority in Bandarawela, Pradeshiya Sabhawa, Diyatalawa Railway Station, Diyatalawa Eksath Businessmen’s Forum, state and private sector workers and Police personnel of the Diyatalawa Police Station joined hands together with one another for the success of the project.

The full day cleaning drive, despite inclement weather patterns continued until the evening where all stakeholders met together and shared refreshments at the end. 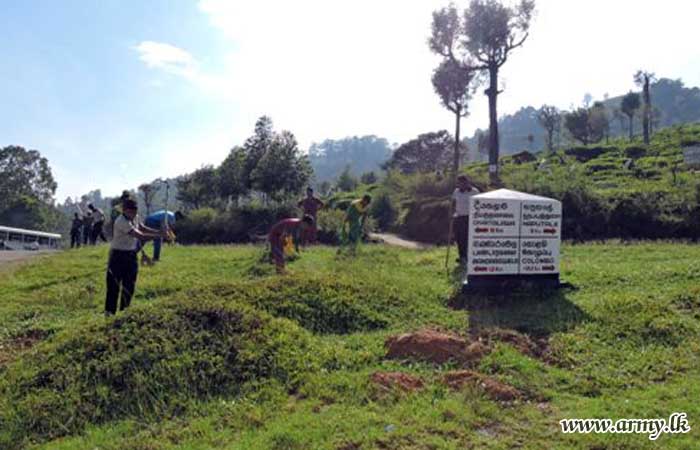 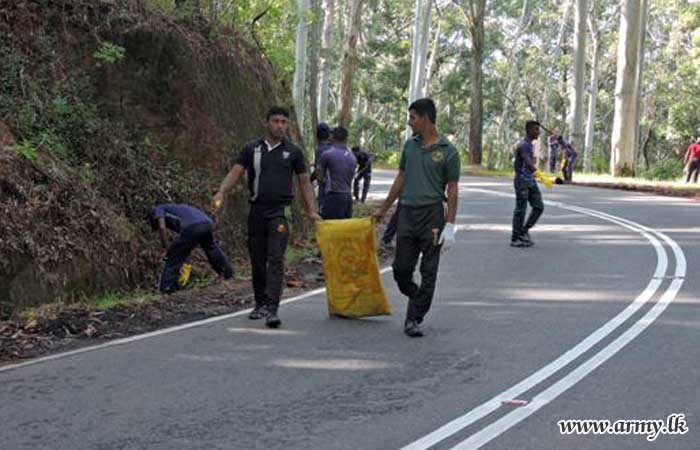 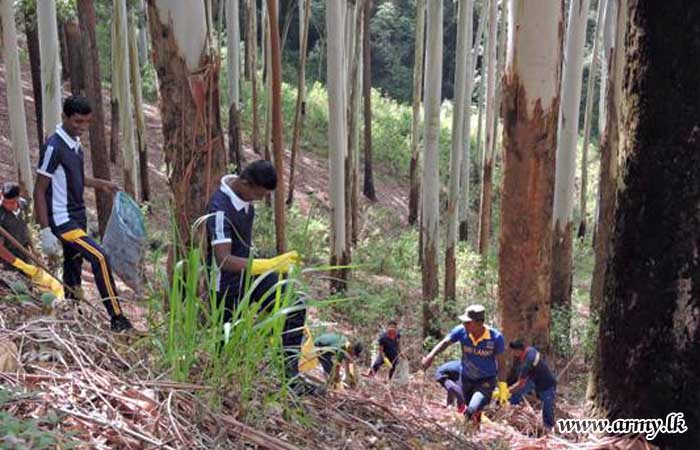 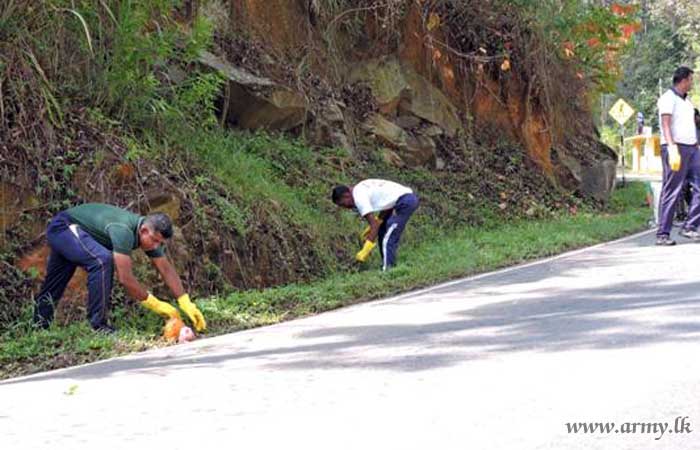 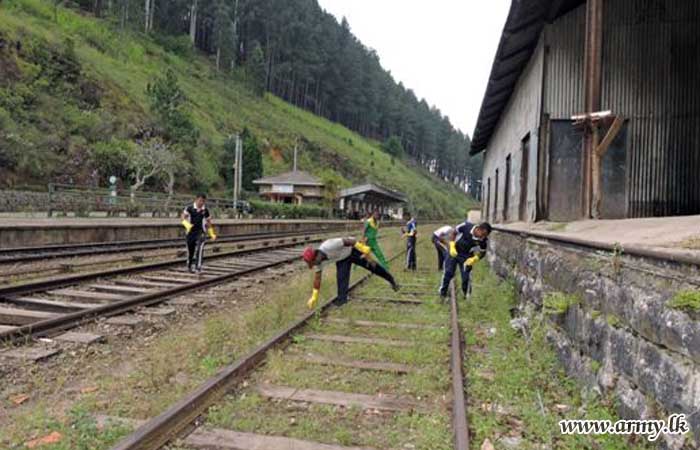 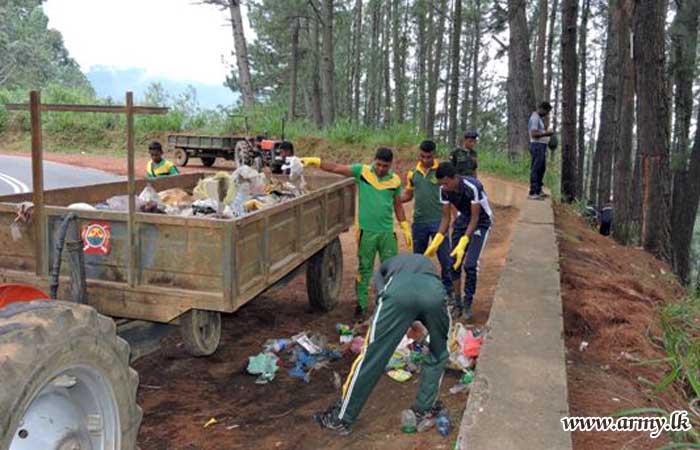 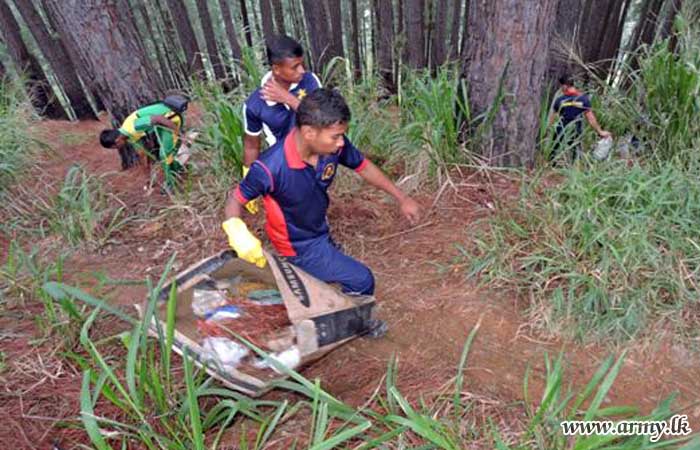 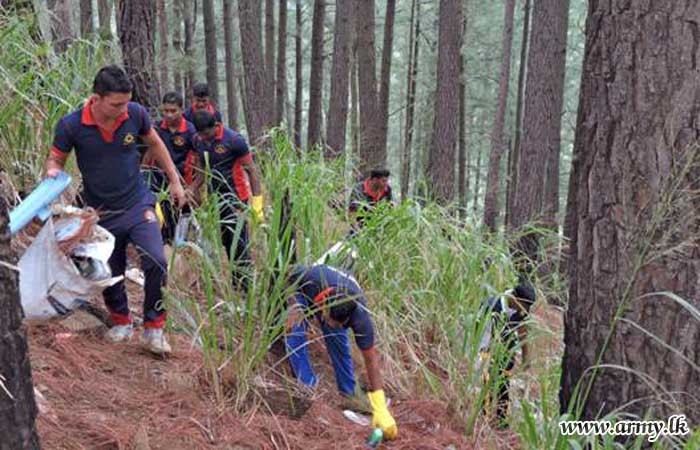