The five-storied new officers’ Mess building complex of the Corps of Engineer Services (CES), erected at the Regimental Centre at Panagoda was formally warmed this morning (2) and vested in the CES Officers during a simple ceremony, graced by General Shavendra Silva, Chief of Defence Staff, Commander of the Army and Head of the National Operation Centre for Prevention of COVID-19 Outbreak (NOCPCO) as the Chief Guest.

This own troops-built modern complex, ‘Home of Creators’ consists of a spacious Dining hall, TV room, Guests’ reception section, Entertainment wing, Kitchen and several other facilities, and its auxiliary wings fulfills a longstanding requirement of the CES Officers for a proper facility. The day’s simple warming ceremony got to a start with the arrival of the day’s Chief Guest who was honoured in a formal drive-past Guard Turnout salute at the main entrance.

Next, the day’s Chief Guest unveiled a plaque to mark its formal opening before he was invited to warm the new Mess Hall at the auspicious minute by cutting a symbolic ribbon and setting light to the traditional oil lamp inside the new building. Members of the Maha Sangha invited to the occasion afterwards began invoking blessings while chanting ‘Seth Pirith’ on the occasion. Offer of ‘Atapirikara’ to the monks culminated the religious segment of the proceedings before the day’s Chief Guest, together with the CES Colonel Commandant had a close look at the spacious new complex. The day’s inaugural ceremony came to an end with Officers posing for memorable group photographs with the day’s Chief Guest. The Commander’s inking of the Visitors’ Book with congratulatory compliments and award of a memento to the Army Chief by the CES Colonel Commandant culminated the day’s arrangements. 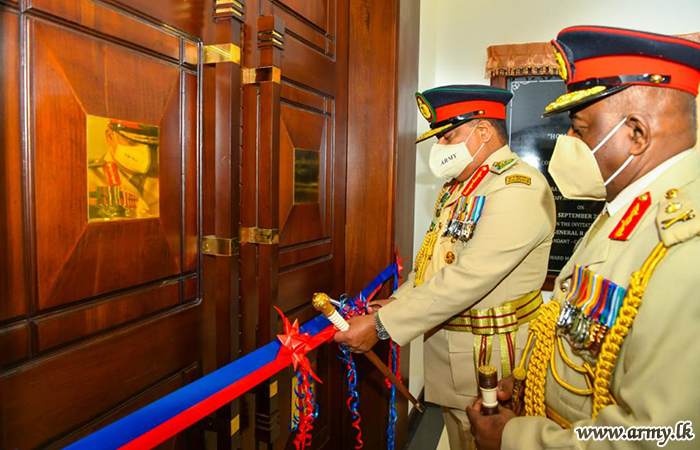 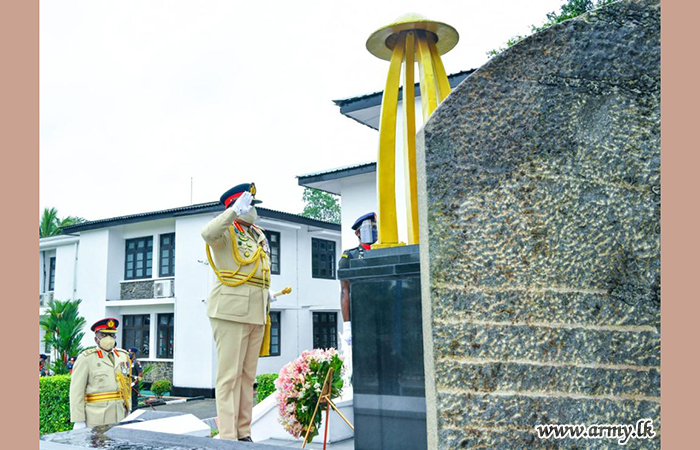 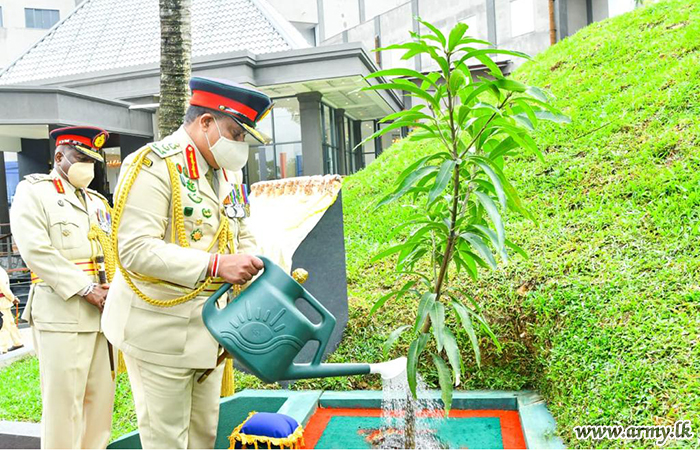 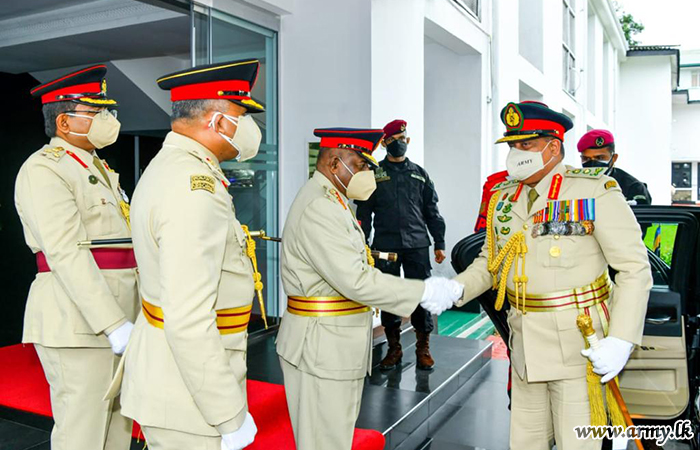 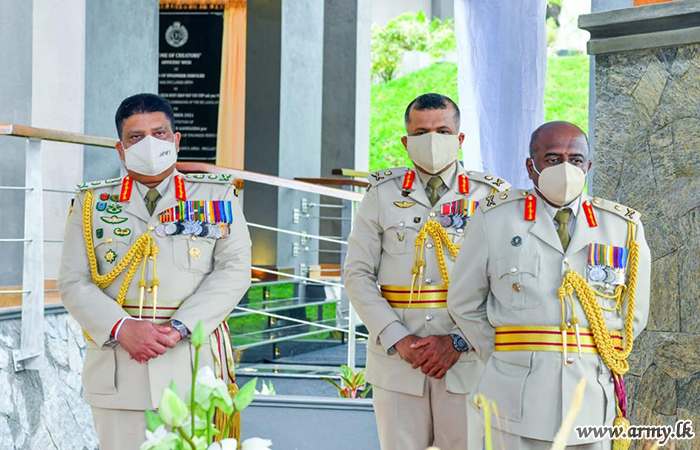 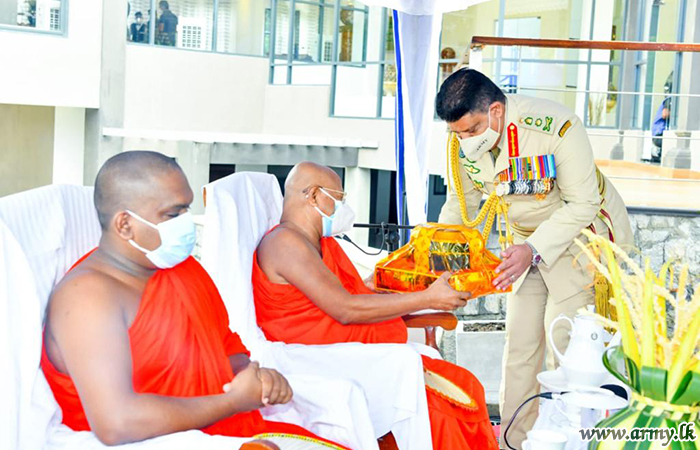 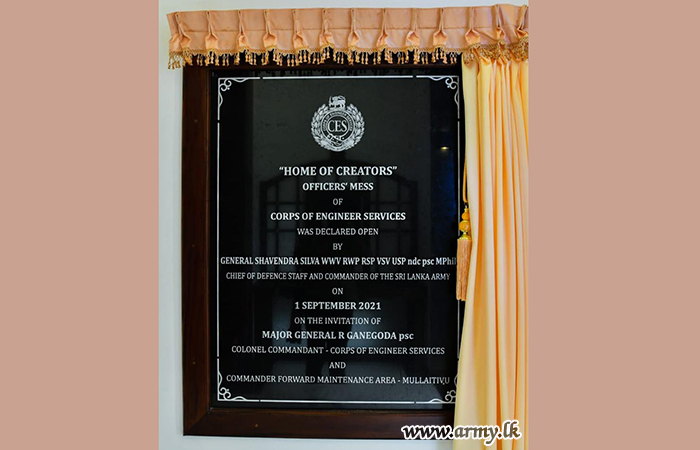 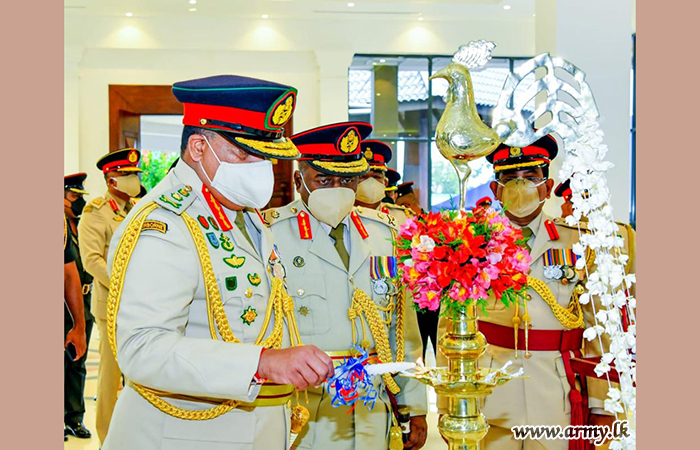 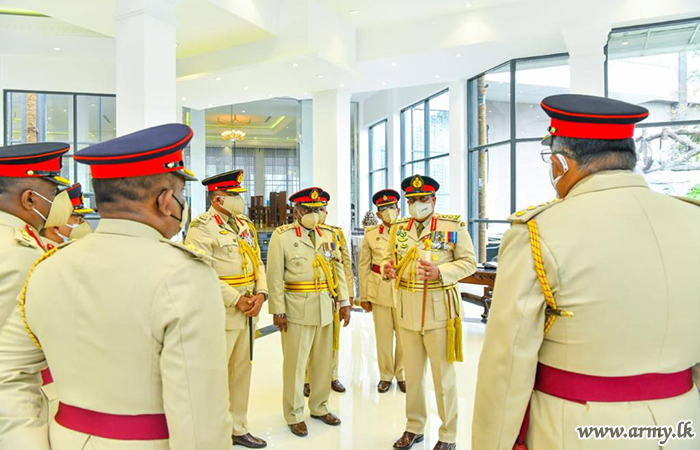