HE Jean-Marin Schuh, Ambassador of France to Sri Lanka and Maldives Friday (20) afternoon arrived at the Army Headquarters (AHQ) to pay a courtesy call on the Commander of the Army, Lieutenant General Crishanthe De Silva.

Mr Jean-Marin Schuh, accompanied by Real Admiral Antonie Beaussant, Joint Commander of the French Forces in the Indian Ocean was warmly received by the Commander before the formal but cordial meeting between both of them got underway at the Commander’s office.

During the Commander’s brief interaction with the visiting envoy, he explained the humanitarian roles and other tasks, being performed by the Army for the greater benefit of the deserving masses.

While conveying his condolences regarding the recent terror attacks in the French capital, Paris, the Commander expressed his concerns and offered assistance in defeating terrorism that has crept into the European Continent.

The envoy extended his best wishes on the Army and its future endeavours as the talks were drawing to a close. The meeting culminated with exchange of mementos before the envoy took leave of the Commander. 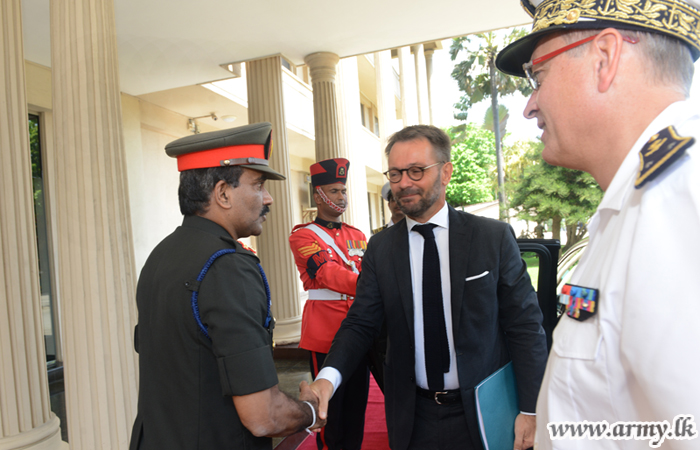 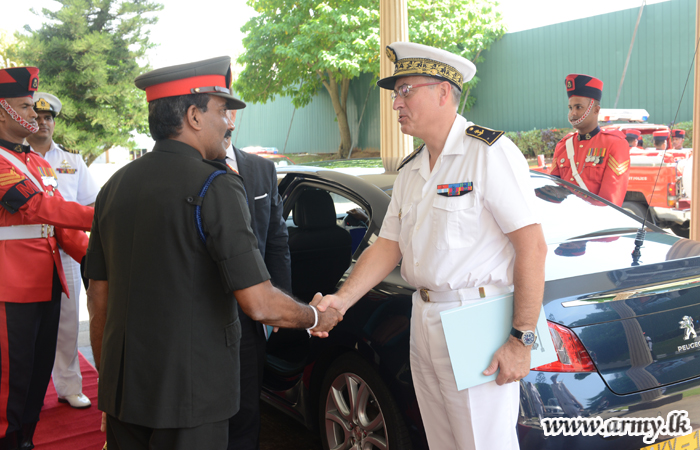 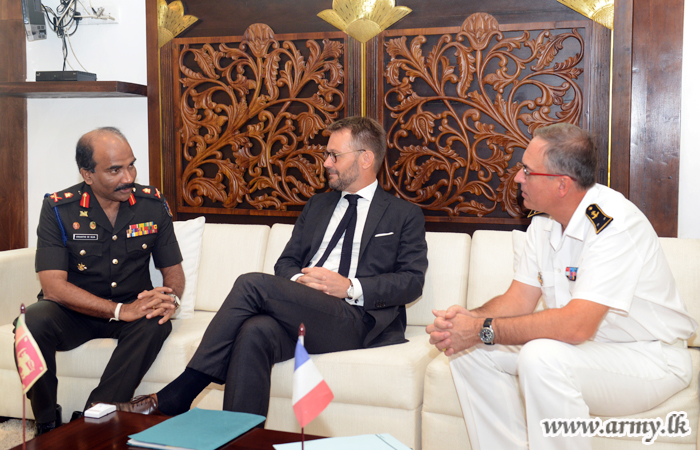 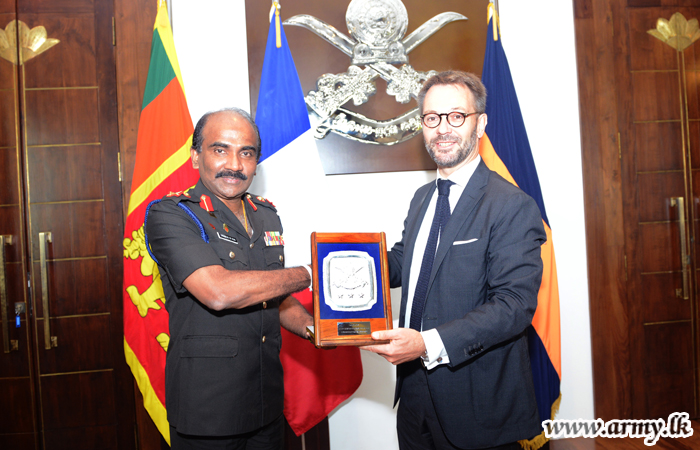 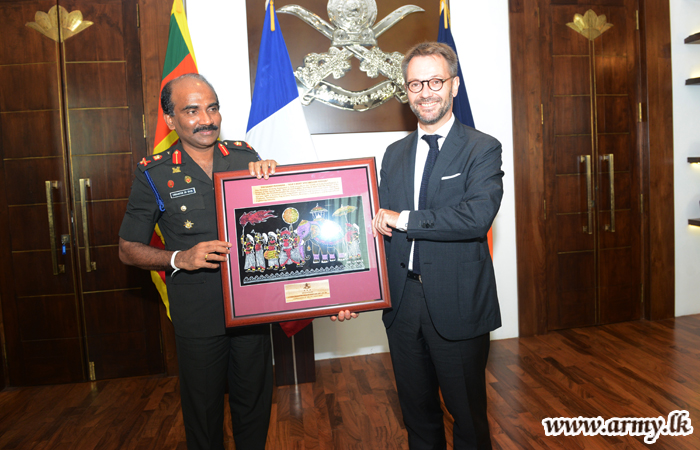 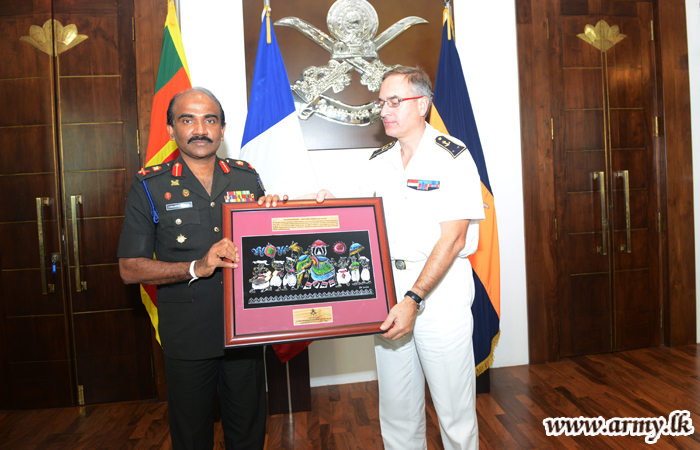 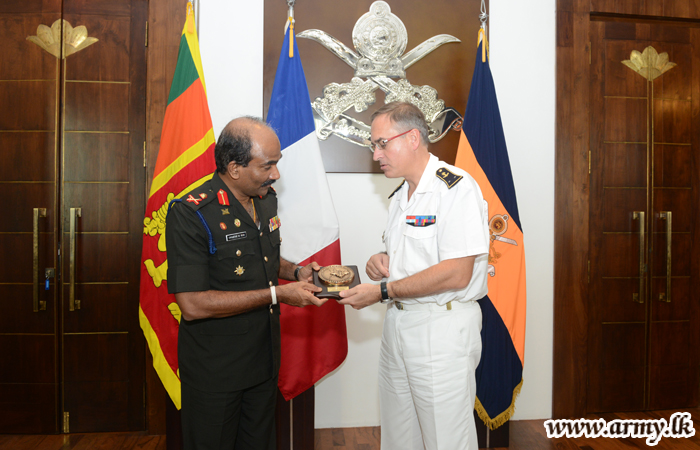 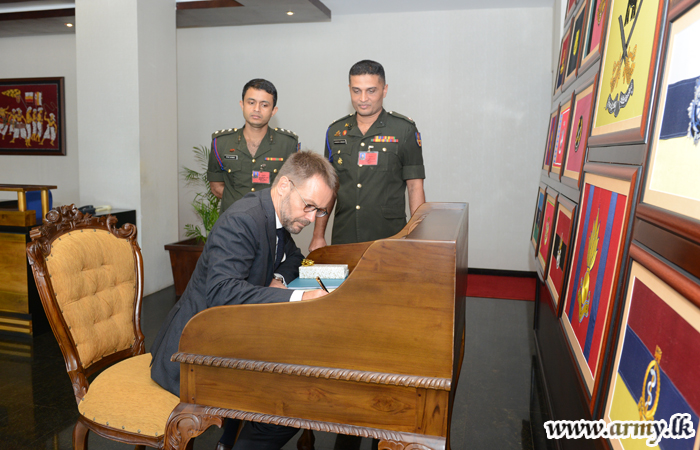