General S. Cyril Ranatunga (Retd), one of the most respected and highly acclaimed military leaders in the Sri Lanka Army and a former Secretary to the Ministry of Defence passed away peacefully on Wednesday (16) at the age of 91 years. He, who had given leadership as a General Officer Commanding, Joint Operations Command and Chief of Staff of the Sri Lanka Army during the 1980s also served as Sri Lanka’s High Commissioner to Australia, New Zealand and Papua New Guinea as well as in the United Kingdom. He was honoured by appointing him as Chancellor of the General Sir John Kotelawala Defence Academy after his retirement.

A private family funeral, confined only to his closest family members, would take place sans military formalities at the request of his family on Thursday (17) at 12.30 noon at Borella General Cemetery, adhering to pandemic health guidelines.

As a veteran military leader who actively contributed to the culmination of the 1971 insurrection and prevention of the growth of militancy in Gurunagar area and the peninsula in general was awarded the Vishishta Seva Vibhushanaya (VSV) military decoration and several other medals in recognition of his unblemished service to the motherland.

In February 1982, he was appointed Chief of Staff of the Sri Lanka Army and Commander Security Forces Headquarters – Jaffna. During this tenure, he was based in Gurunagar, containing the expansion of the Tamil militancy. To this end, he developed military intelligence in Jaffna and retired from the Army in 1983.

Here follows the Part I Order, issued by General Shavendra Silva, Chief of Defence Staff and Commander of the Army. 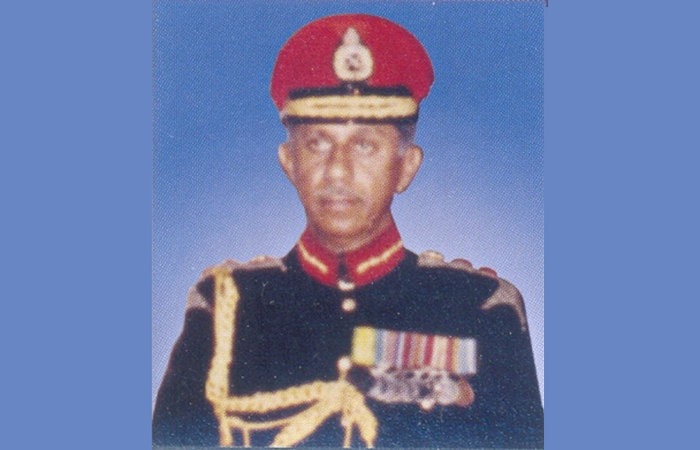