Foreign Secretary Ravinatha Aryasinha said post 21/4 has been a ‘litmus test’ on Sri Lanka’s resolve to adhere to human rights standards, while fighting terrorism, and also to determine the robustness and shortcomings of the democratic institutions that have been strengthened in recent years.

The Foreign Secretary made this observation when he delivered the Valedictory Address on the theme ‘Lessons Learnt in Dealing with the Challenges Faced by Sri Lanka in the Aftermath of 21/4’, at the conclusion of the 9th Colombo Defence Seminar – 2019, held at the BMICH on Friday (30 August 2019). Nearly 800 persons, including eminent practitioners and scholars from 40 countries, as well as representatives of the armed forces, diplomats and defense analysts within Sri Lanka, attended the two day Seminar. The Foreign Secretary commended the Sri Lanka Army for the organization of this annual event, which has become an internationally recognized forum for intellectual exchange and discussion on issues of contemporary relevance, particularly related to strategic issues and security - nationally, regionally and internationally.

Noting that this year’s Colombo Defense Seminar on the theme 'Evolving Military Excellence in the Contemporary Security Landscape', takes place in the backdrop of the Easter Sunday Terror Attacks, Mr. Aryasinha emphasized that countries challenged by terrorism, “must ‘fight terrorism’ and ‘protect human rights’ simultaneously, and not sacrifice one at the altar of the other”. He noted that this very delicate balance has often been elusive – with states veering towards one extreme or the other, applying double standards to similar situations and often politicizing these issues. Stating that the recovery over the past 4 months has demanded “a stronger than ever before ‘whole of government’ approach” - one in which the Ministry of Foreign Affairs has been integrally involved, in his address the Foreign Secretary focused on the chain of developments that took place in the country since 21/4, in order to bring normalcy and economic recovery back to Sri Lanka.

The Foreign Secretary noted that the robust security response in the aftermath of 21/4 asserted the capacity of the Sri Lanka security forces, and it is to Sri Lanka’s credit that as of August, it was possible to lift the emergency, having served its immediate purpose. Legislative measures were also taken to list the three groups - National ThowheedJam'at (NTJ), JamatheiMillathu Ibrahim (JMI), WillsyathAsSeylani (WAS), who were instrumental in the Easter Sunday attacks, under the Prevention of Terrorism Act (PTA) and also under UNSCR 1373 on terrorist financing. In parallel, UN Security Council Resolutions which all UN member countries must comply with, but Sri Lanka had not followed up on with enabling domestic legislation, were being acted upon now - with respect to more stringent border security, countering violent extremism and dealing with Sri Lankan nationals travelling to join ISIS, Foreign Terrorist Fighters returning from conflict zones in the world or using Sri Lanka as a transit point. He cited the adjustment made on not insisting on exposing the ears in the regulation banning full face cover attire, in deference to sensitivities of the Muslim community, as demonstrating the self-reflective, self-critical and constructive engagement of the government, in the implementation of security measures.Full access to individuals in detention by the ICRC was guaranteed and any complaints regard detentions or any reports of mistreatment was immediately directed to the Sri Lanka Human Rights Commission, who have already launched investigations and issued guidelines.

Describing some aspects of the post 21/4 response as “work in progress”, Mr. Aryasinha said the quest to get the draft Counter Terrorism Billto be right, in a manner also responsive to the new security challenges, has become both more informed and urgent. The suspension of social media in short bursts while being strategic and short lived, had the spillover effect of forcing some of these platforms to pay greater attention to vernacular language based communication. Understanding that Sri Lanka alone cannot curb the abuse of the internet by terrorists for inciting violence, Sri Lanka has expressed its desire to join global initiatives such as the ‘Christchurch Call to Action’ spearheaded by France and New Zealand. With a view to complement the ongoing cooperation between the Sri Lankan security agencies and their counterparts abroad in intelligence, criminal investigative and criminal justice cooperation, the Foreign Ministry had assisted government by seizing opportunities for Counter Terrorism (CT) and Countering Violence Extremism (CVE) related training and visits by relevant international experts. An expert with experience of having worked in several similarly affected countries was presently in Sri Lanka, to support the Government’s national plans and goals in preventing violent extremism. Secretary Aryasinha noted that all assistance sought is for tangible measures to enrich, support and expand the work being undertaken by Sri Lanka’s authorities, and said as we move forward in adopting the best practices related to each of these issues from other countries, it must be done in a Sri Lankan context specific manner, avoiding duplication of effort and ensuing that they bring results.

Foreign Secretary Aryasinha also noted that overcoming the setbacks to the economy in the wake of the terrorist attacks on 21/4 has been a considerable challenge, but that as it did throughout the 30 year struggle against LTTE terrorism, the country had shown its characteristic resilience, despite the initial shock. While exports had continued to grow despite the Easter bombings, attributed mainly to the reputation and assurance that Sri Lankan businesses have been a reliable partner in global supply chains, and investment is recovering its momentum, four months later, the economy is re-bounding and estimated to overall grow at about 3.2% in 2019. All significant tourist sourcing countries have relaxed their travel advisories, affirming the capability of the Sri Lankan Government in maintaining safety and security of the country. Initiatives taken by key government stakeholders and the private sector in image rebuilding has yielded positive results and according to the Sri Lanka Tourism Development Authority (SLTDA) the revised projection on tourist arrivals for the year 2019, is that Sri Lanka will experience a dip of only 10%,compared to a 30% drop earlier feared. “All these figures show one thing – that Sri Lanka took a hit, but we were and we are resilient”, he said.

Emphasizing that while this is essentially a case study of contemporary Sri Lanka, Foreign Secretary Aryasinha said there are lessons from it that could be drawn by all countries vulnerable to the threats posed by contemporary terrorism. He called for moving from “ a ‘Whole of Government’ to a ‘Whole of Society’ approach, if we are to truly overcome this challenge”. jordan release date | Air Jordan Release Dates 2020 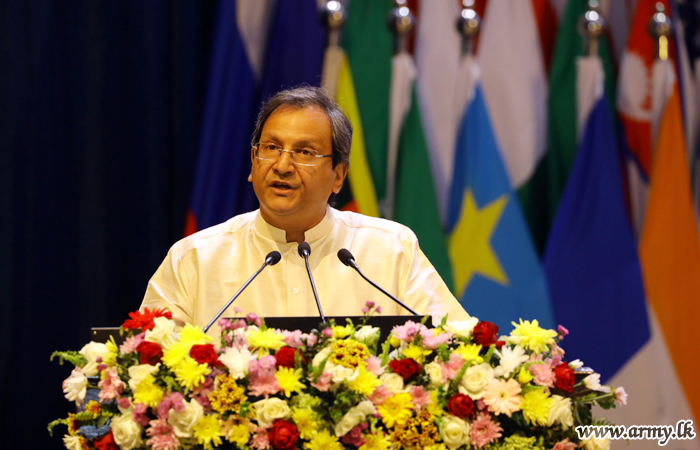 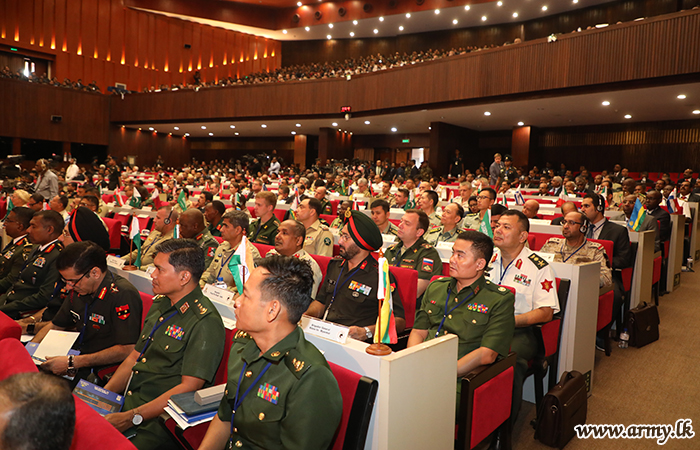