The Non-Commissioned Officers Training School (NCOTS) at Kalaoya, Saliyawewa on the instructions of the Commander of the Army respectfully facilitated the overnight stay for 20 foreign Buddhist monks who have arrived here for participation in the second session of the biennial Congress of the International Network of Engaged Buddhists (INEB), now underway at the Seva Lanka Institute in Rajanganaya - 18, Anuradhapura.

Subsequent to a request, made to the Commander by Ven Randombe Piyananda Thero, Viharadhikari at Kalaoya Sri Bodhirajaramaya, Brigadier K.D.C.G.J Thilakarathne, Commandant, NCOTS made arrangements in this regard providing due respect and convenience to those monks from Myanmar (11), Thailand (1), Bangladesh (3), Nepal (3) and India (2) at the NCOTS during January 25 - 28.

As a symbol of respect, the NCOTS on Wednesday (27) morning offered breakfast (Heel Daana) to those monks, together with 6 more Sri Lankan Buddhist monks in the premises and participated in the religious observances. NCOTS Commandant, officers and a group of students actively contributed to the meritorious act and received blessings.

Monks invoked blessings on the Army and all personnel engaged in the service of the motherland and extended their gratitude to the Commander of the Army for their facilitation. 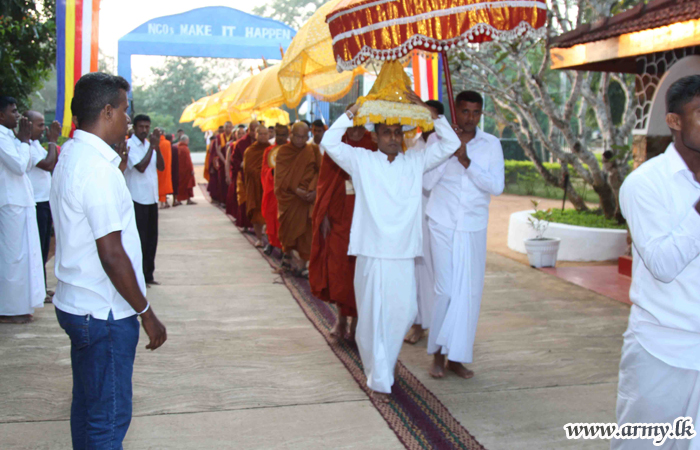 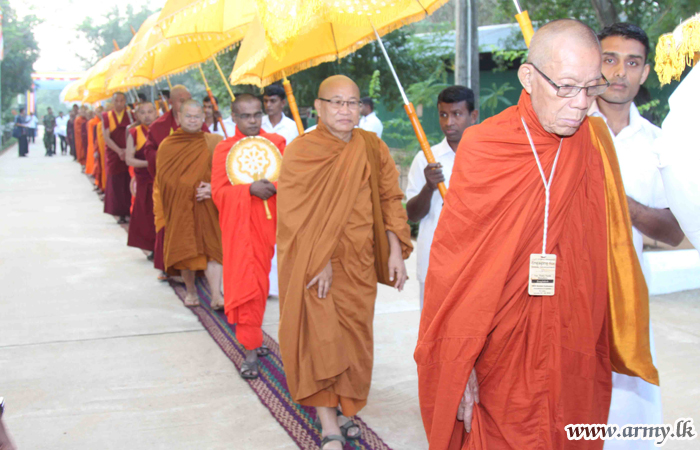 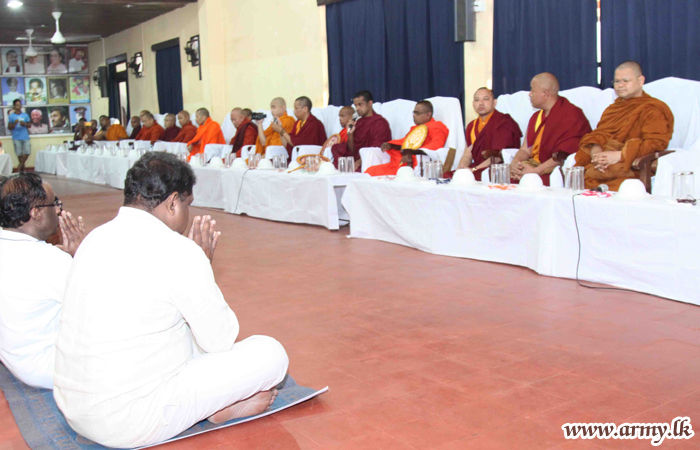 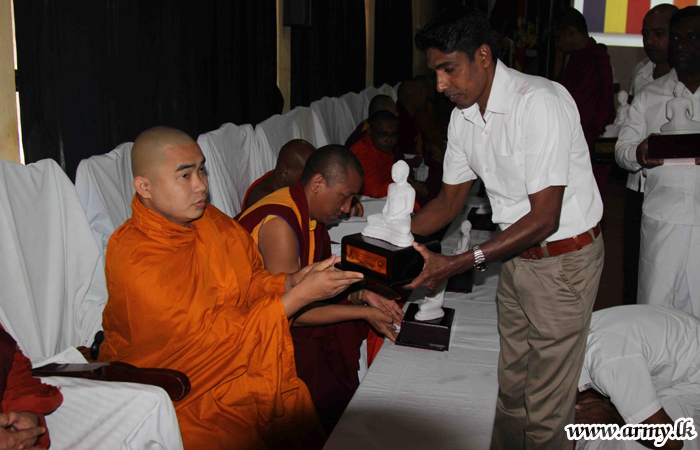 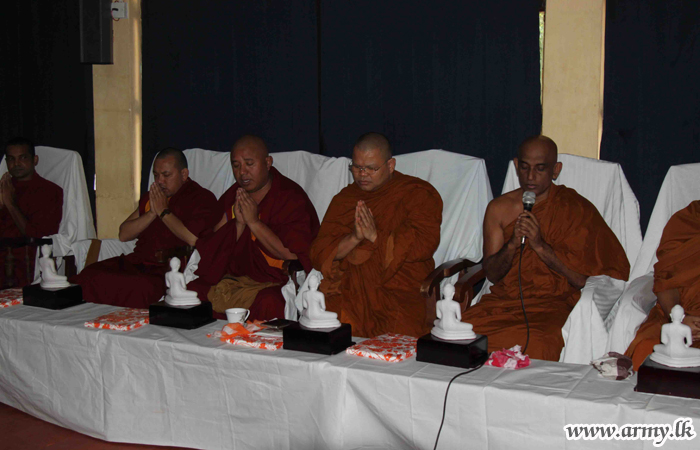