Hours after the inauguration of the Field Training Exercise (FTX) ‘Cormorant Strike - 2019’, troops on Wednesday (4) evening rehearsed a mock operation in the Ashroff Jetty, Trincomalee Harbour area in order to rescue the release of a ship and its 22-member crew (7 females 15 males), taken hostage by terrorists.

The combined groups of Army and Navy trainees took charge of the operation with full force and rescued the victims, majority being foreigners.

Following Military Intelligence, Commando Regiment troops, backed by Naval Special Boat Squadron (SBS), troops sparked off the mock operation with the participation of 6 eight-man teams, sniper dogs to search for the explosives or weapon-like findings among the terrorists. Under the surveillance of a Bell 212 utility helicopter, the Commandos sprang into action and effectively launched the operation and freed the 22 captives unharmed. 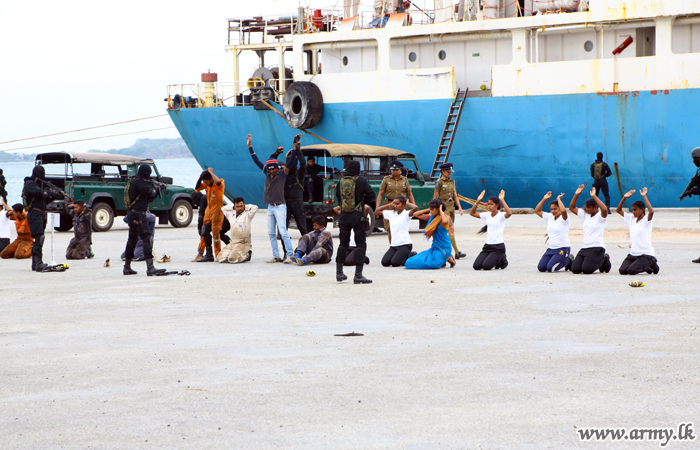 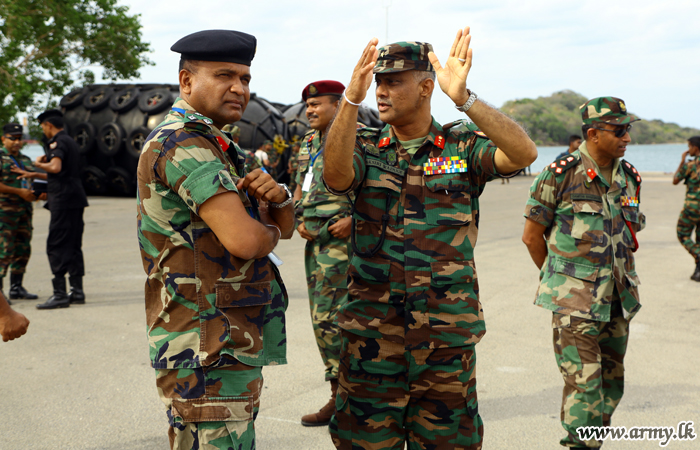 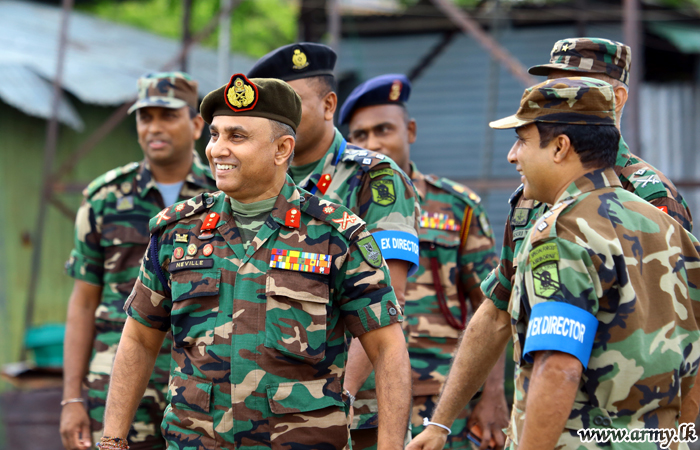 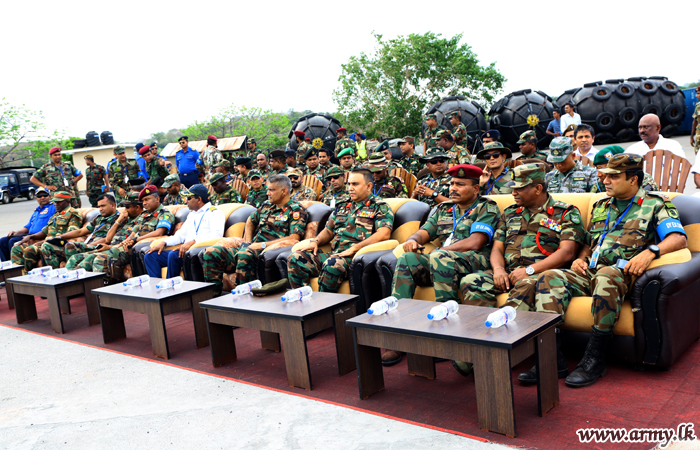 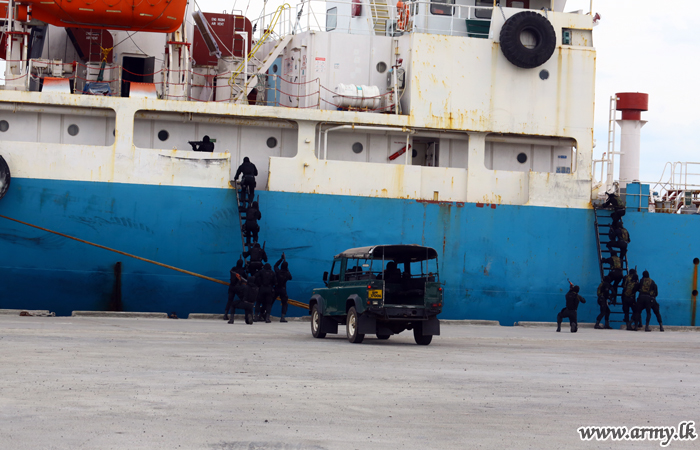 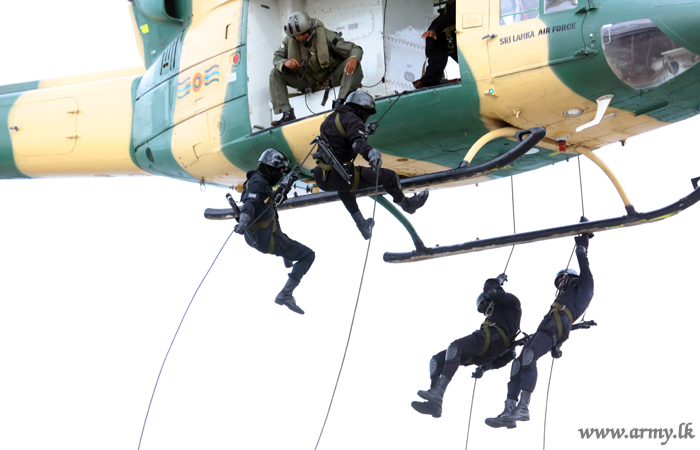 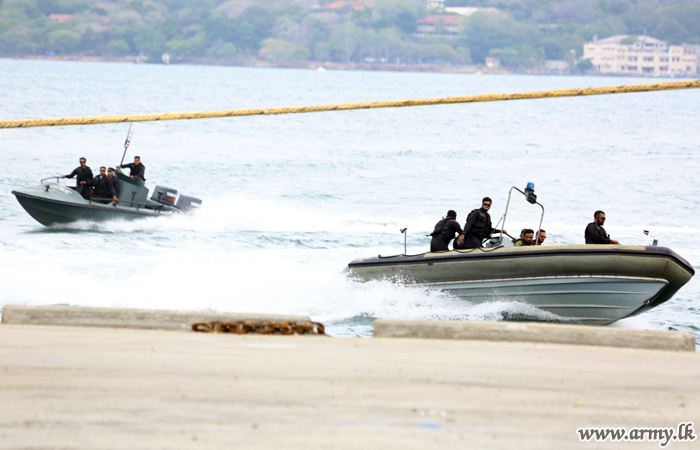 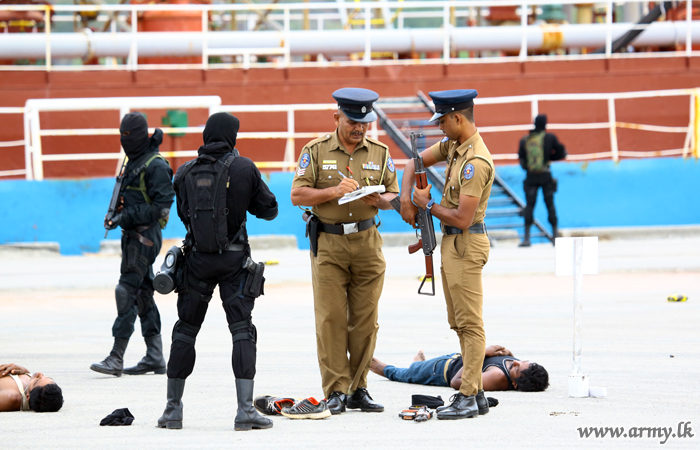 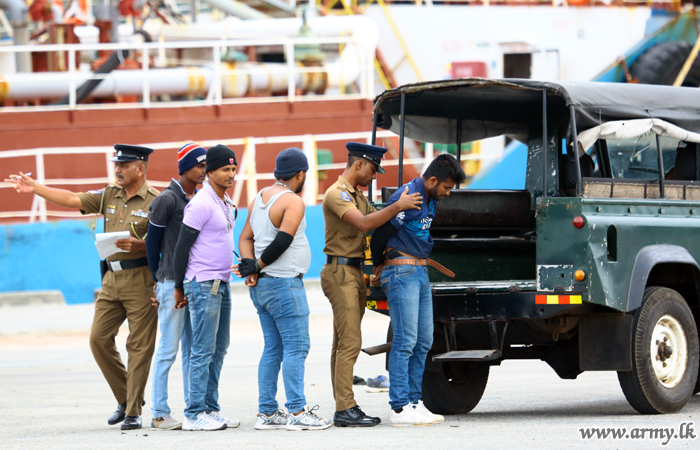 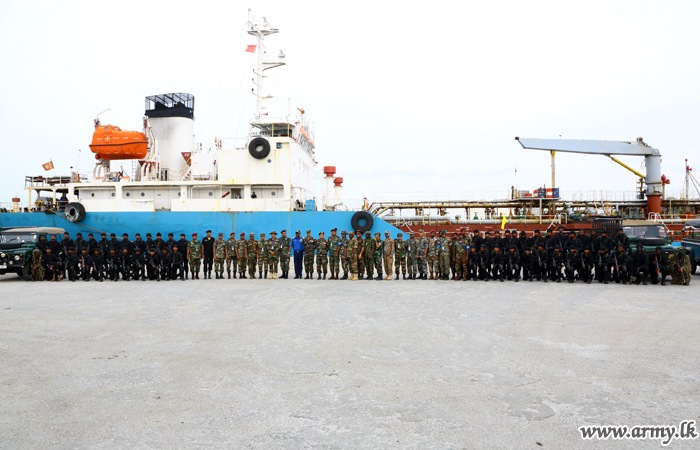 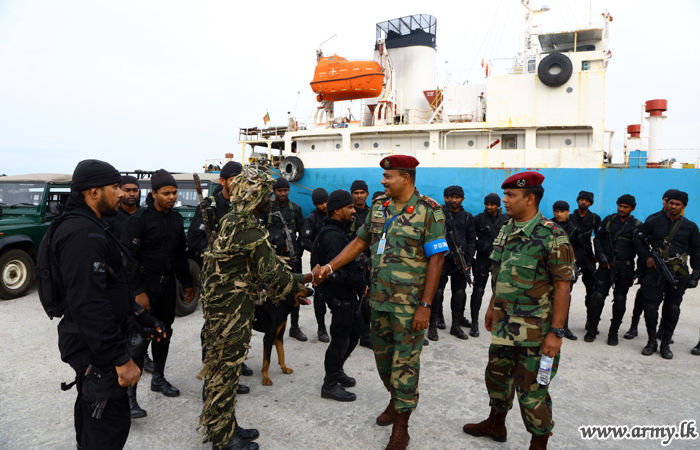 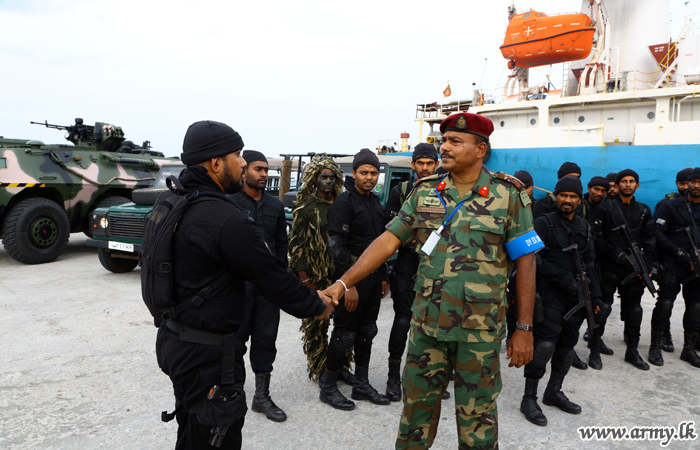