The first contingent of soldiers from the Gemunu Watch (GW) of Sri Lanka Army left the island Thursday (24) afternoon from the Katunayaka Bandaranaike International Airport (BIA) in a special UN flight to take over duties in the State of Haiti.

The Gemunu Watch will take over duties from Sri Lanka Sinha Regiment (SLSR) troops who are presently deployed on UN peacekeeping duties in Haiti. SLSR troops, relieved by the first GW contingent will return to the island on 27 November 2005.

A large crowd of well wishers and next of kin of soldiers, who were proceeding abroad to contribute their share towards maintaining world peace, were also present on the occasion. 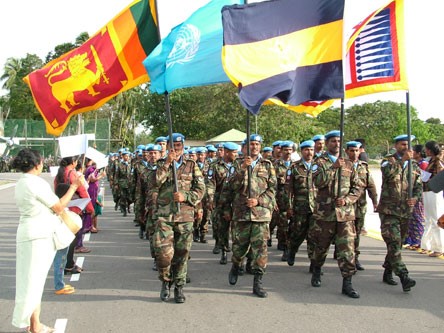 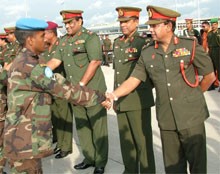