Final preparations and rehearsals in connection with the conduct of the military parade in the 68th National Independence Day (February 4) got underway for the second consecutive day Tuesday (2) morning at Galle Face Green.

Representing all the Regiments, including 90 disable War Heroes, a total of 4365 Army personnel (223 officers and 4142 other rankers) take part in the parade and other related duties. 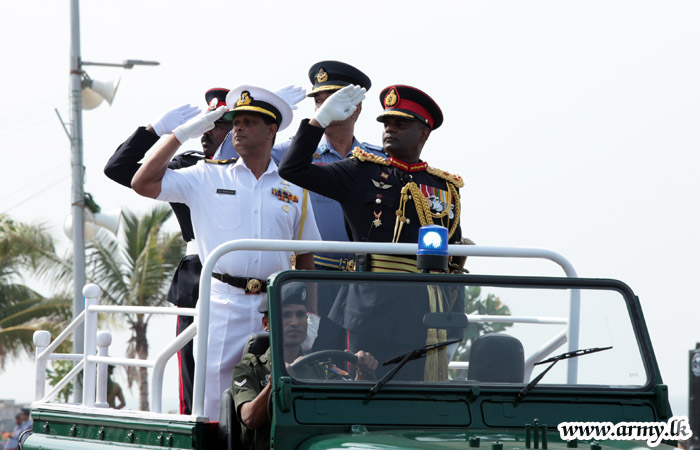 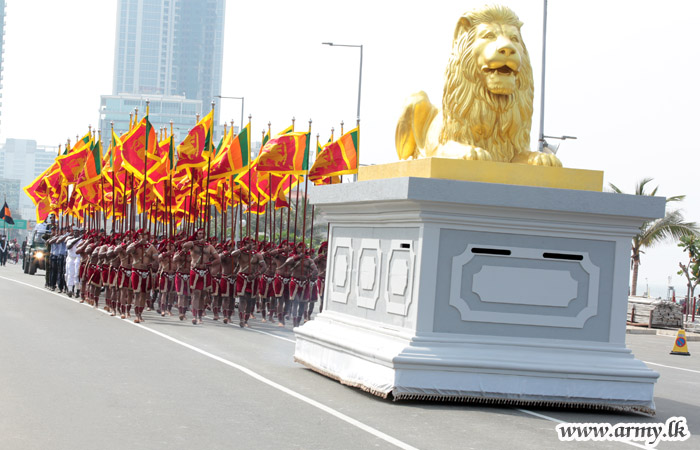 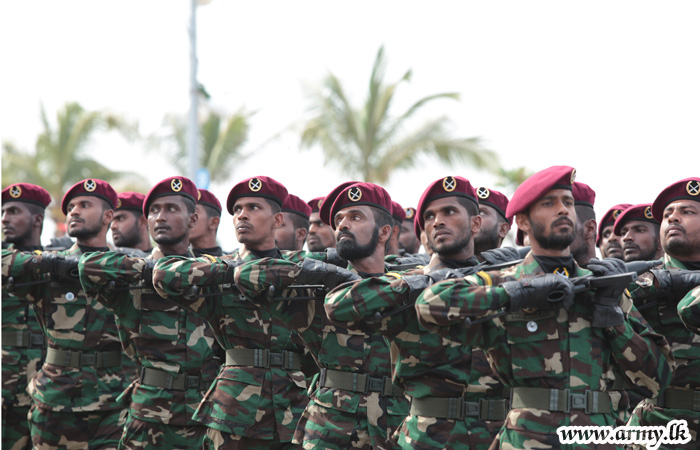 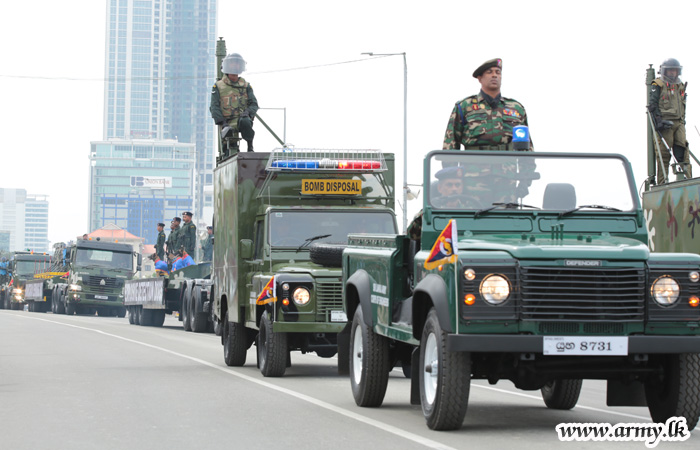 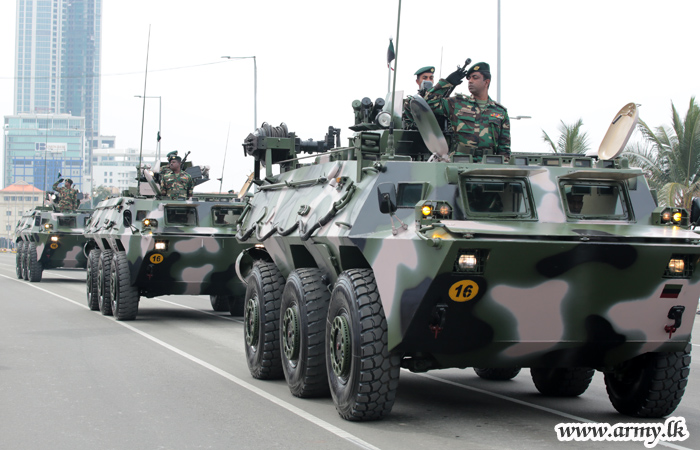 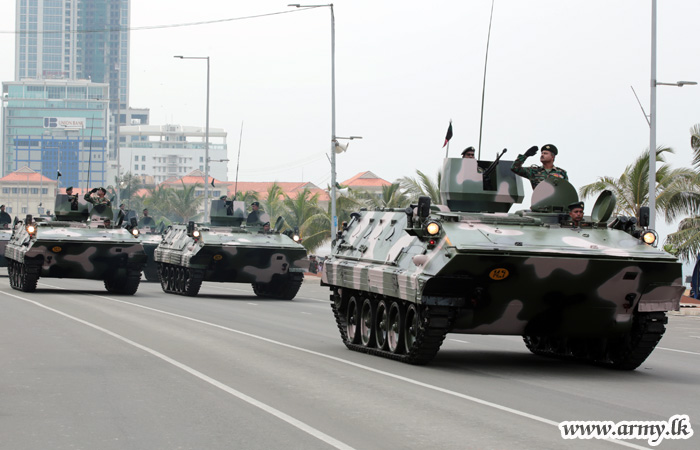 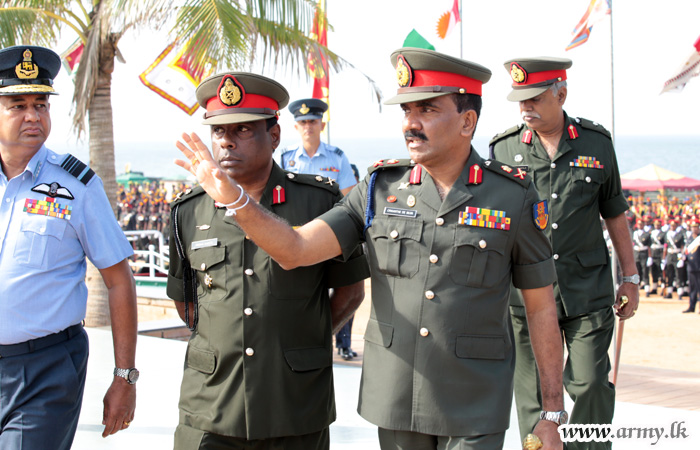 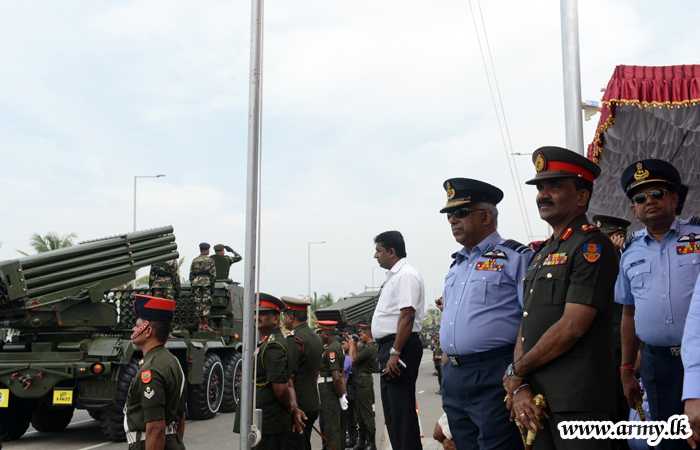