The series of religious ceremonies, held on account of the Army Day (October 10) and the Army 67th Anniversary in the year 2016, entered its final phase this evening (8) with an all-night Pirith chanting ceremony, organized by the Army Buddhist Association at Sri Bodhirajaramaya, Panagoda (Army temple).

Soon after a colourful procession, comprised of dancers of the Army cultural troupe conducted members of the Maha Sangha to the Dharmashalawa (preaching hall) at the temple, the Commander of the Army Lieutenant General Crishanthe De Silva, in keeping with ancient traditions, offered the tray of betel (Dehetwattiya) to members of the Maha Sangha, seated in the Pirith Mandapaya (octagon for chanting) inviting them to commence chanting until the following morning (9).

Ven Dr Kirinde Assaji Thero of Gangaramaya on behalf of members of the Maha Sangha made an Anusasana (oration) and invoked blessings on the organization, recalling the past glorious history of the organization, praised the Army's diverse roles and wished good luck with its onward march as defenders of the nation.

At the invitation of the Army Buddhist Association, Mrs Nayana De Silva, President, Army Seva Vanitha Unit (ASVU) also attended the occasion, together with a large gathering of senior officers and other ranks. More than 1000 representative all rankers joined the meritorious programme.

Principal Staff Officers, senior officers, Chairman and office-bearers of Sri Lanka Army Buddhist Association and a large gathering of officers and other ranks, joined the Pinkama (meritorious act), organized to bless the anniversary.

A Heel Daana (breakfast) on Sunday (9) plus a Sangeeka Daana (alms giving) to 67 members of the Maha Sangha, the same noon culminated the series of religious ceremonies that commenced in late September in connection with the Army Anniversary and Army Day. 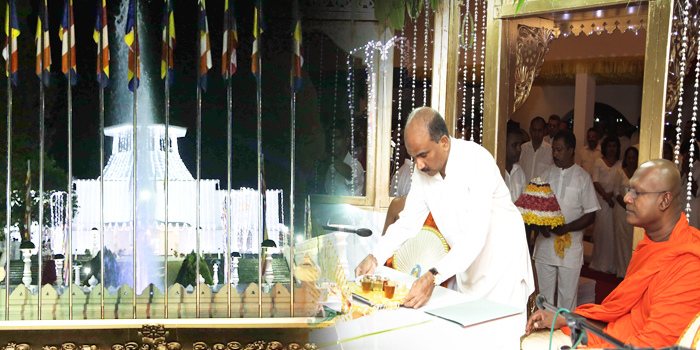 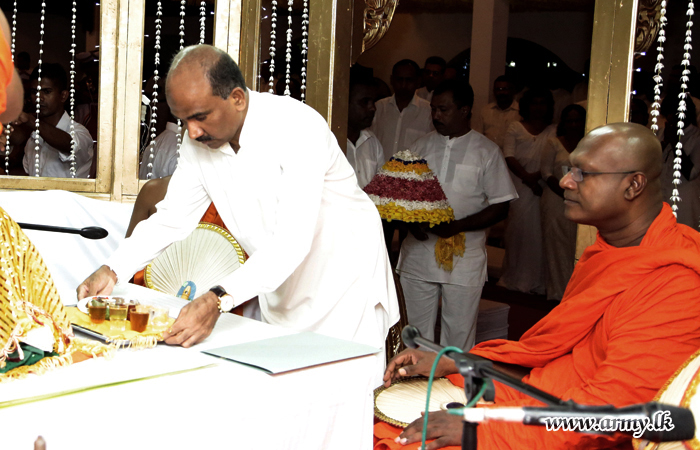 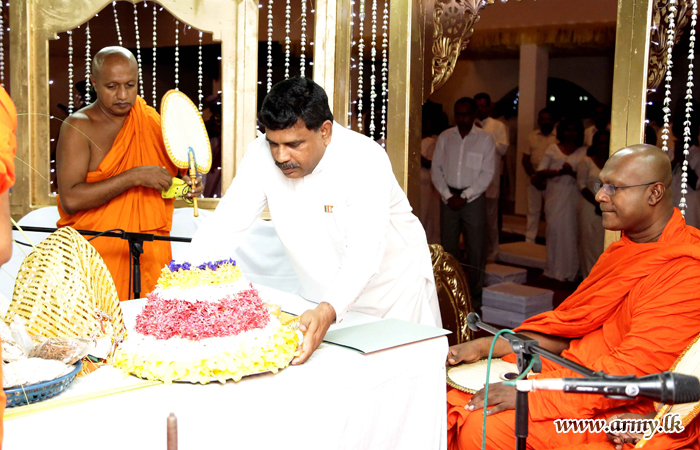 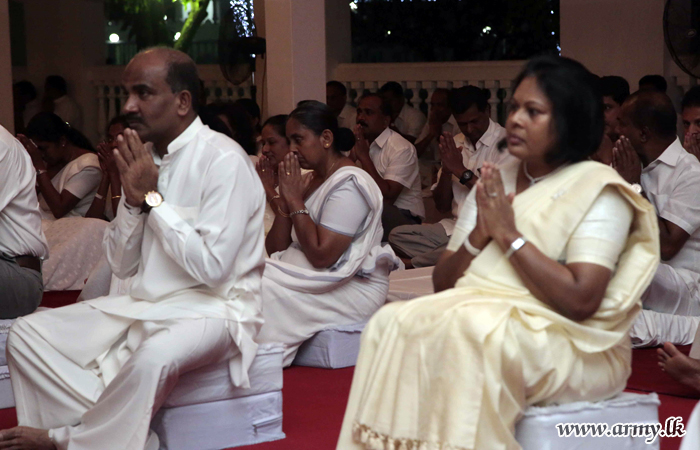 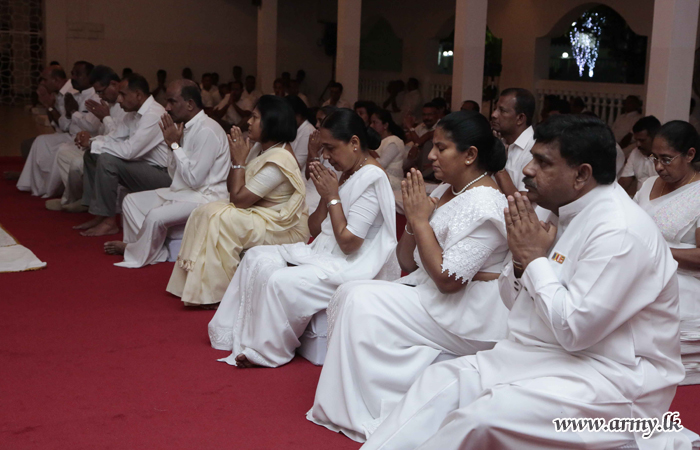 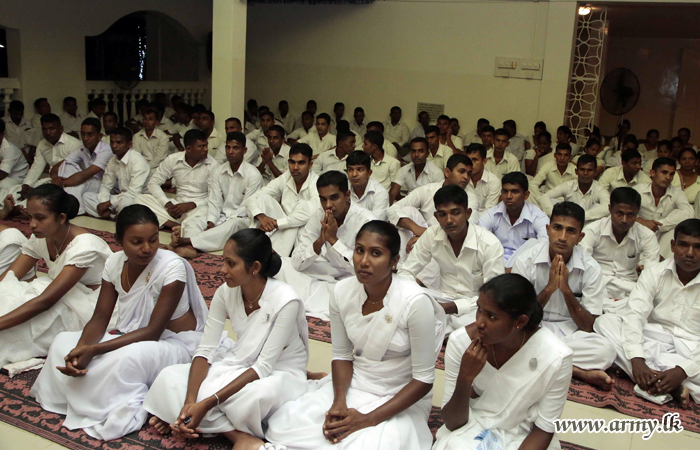