6 Field Sri Lanka Engineers under the guidance of the Chief Field Engineer and the General Officer Commanding Engineer Division to be in line with the recent Presidential directive to the Commander of the Army have by third week of July succeeded in completely renovating two school playgrounds out of three entrusted to the Army for renovation in Monaragala District.

The playgrounds at Medagama National School and Hambegamuwa Secondary School that were inaugurated in May after HE the President visited the district were thus completed in less than two months and formally handed over to school authorities and students of respective schools.

The Presidential policy frame work ‘Saubhagye Dekma’ (Vistas of Prosperity and Splendour) during the 8th ‘Gama Samaga Pilisandarak’ project at Thanamalwila wanted the Army to undertake school development renovation work in 6 schools in the District. Of the first three renovation projects, the renovation of the playground and the entire drainage system at Kotawehera Mankada Maha Vidyalaya is nearing completion as per instructions.

Projects are closely supervised by the Plant Engineer Brigade under the close supervision of Major General Nihal Amarasekara, Chief Field Engineer and Major General Chandana Wijesundara, General Officer Commanding, Engineer Division. More than 5000 students are benefited as a result of these projects. 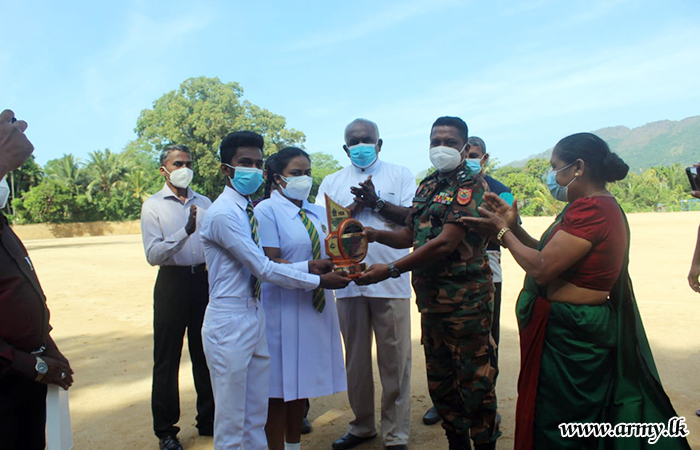 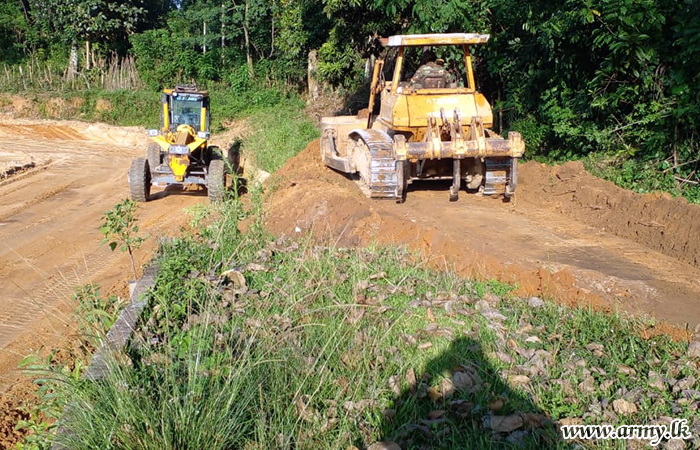 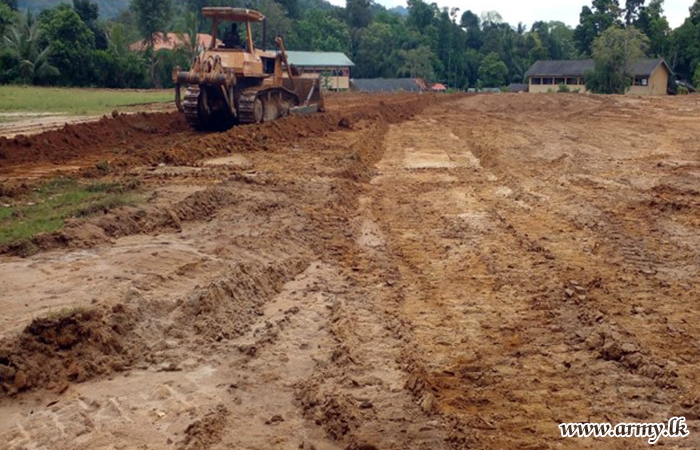 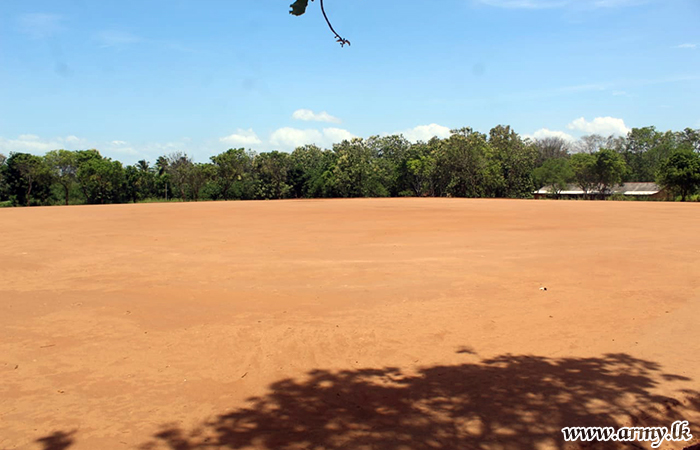 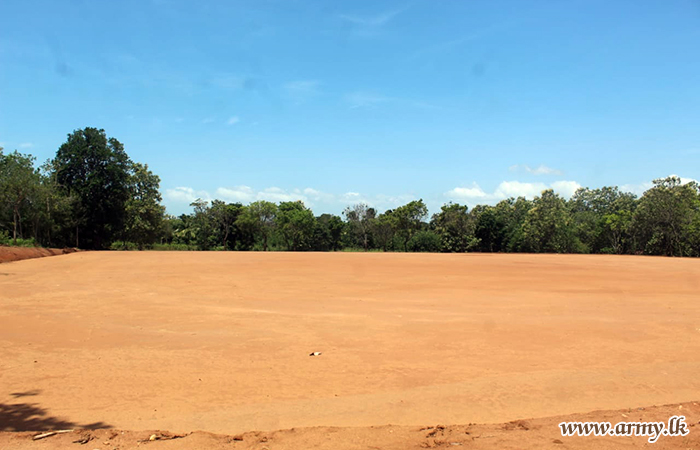 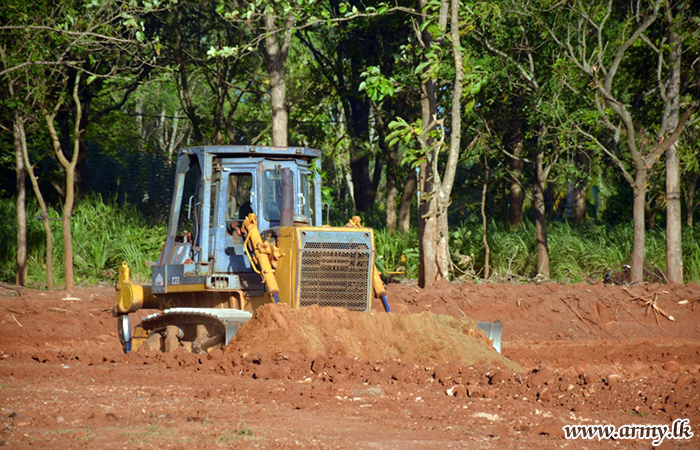 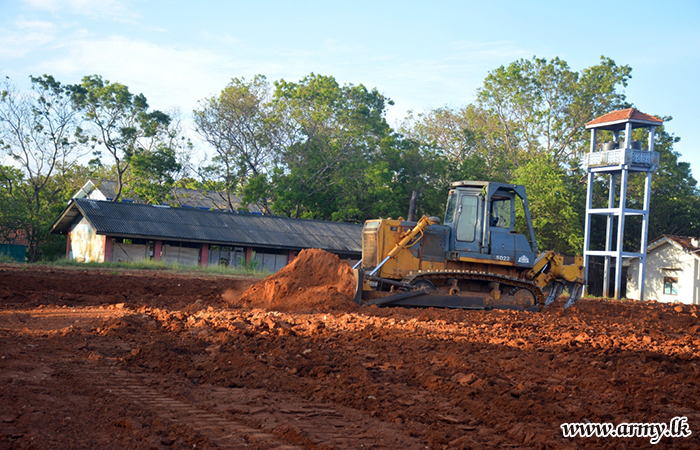 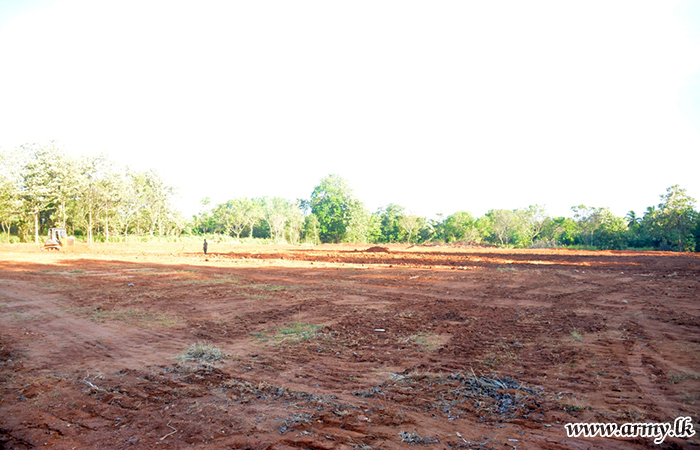 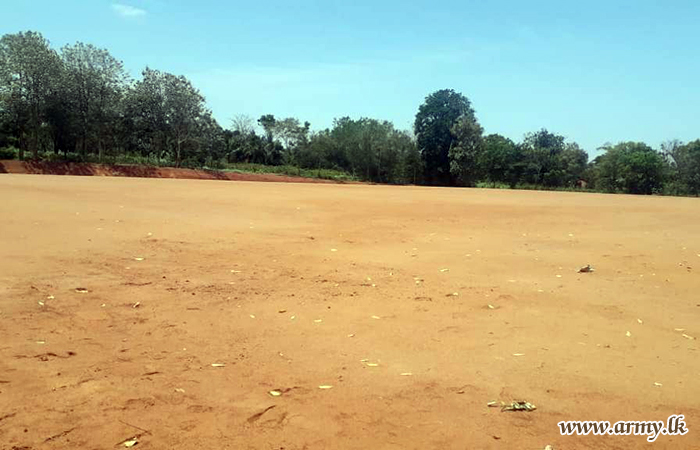 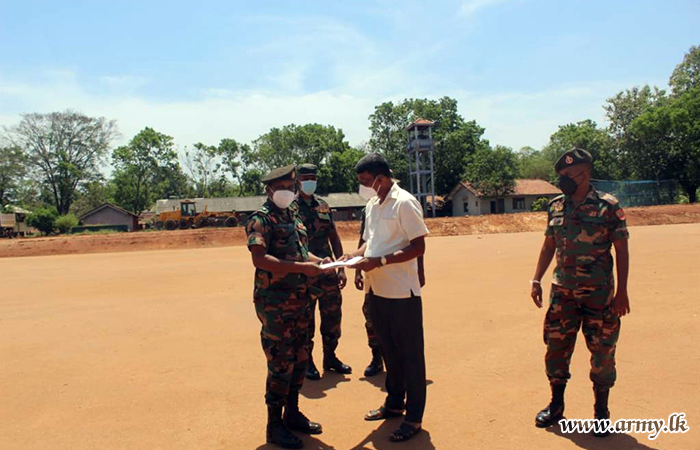