On arrival, the visiting Colonel Commandant was honoured in a formal Guard Turnout after he was warmly welcomed by Lieutenant Colonel M.N.J Perera, Commanding Officer, 17 ESR.

Then he planted a Na sapling to mark his visit to the 17 ESR Unit.

During the visit, the Colonel Commandant laid the foundation stone for constructions of the new other rank mess and the kitchen at the auspicious time with the blessings of Maha Sangha. 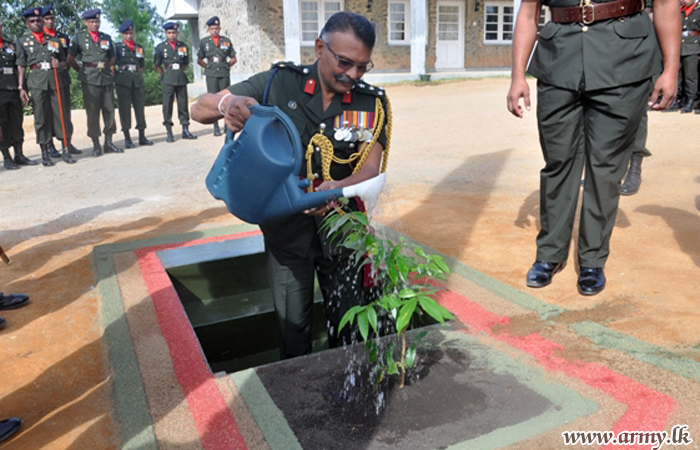 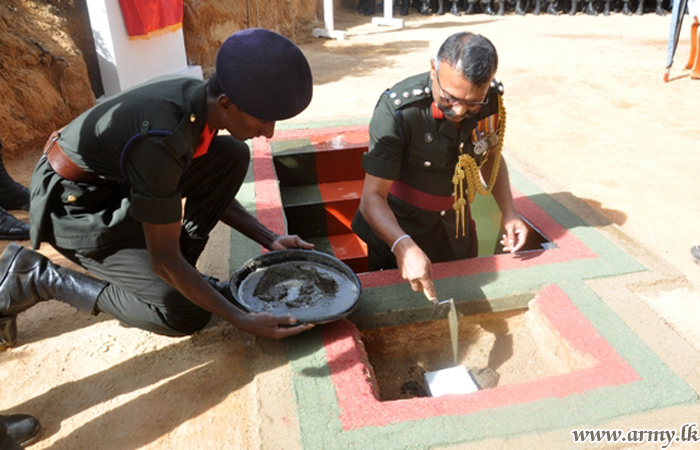 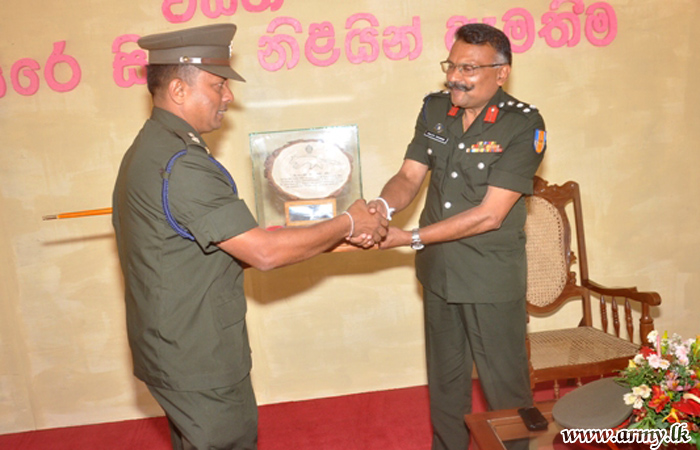 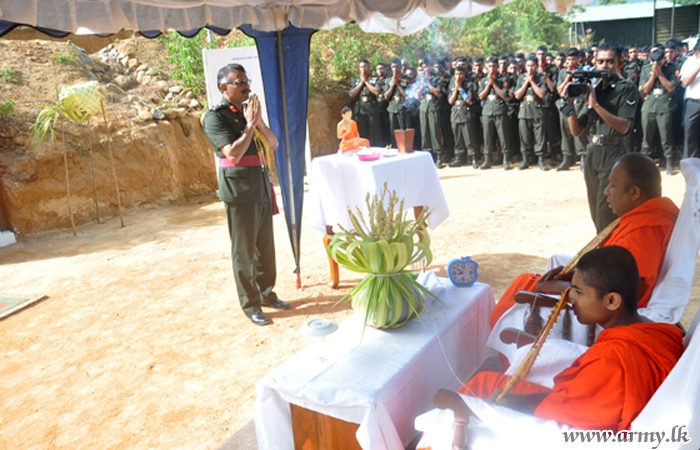