Eight Hour Operation Set the Whale Free Back to Seas

An eight-hour long rescue operation, actively launched by Army members at the Security Force Headquarters-Mullaittivu (SFHQ-MLT), supported by fishermen and villagers, enabled a 70ft-long whale, trapped in a fishing net by accident in the  seas near Kokilai, Mullaittivu set free alive back to the seas on Friday (23).

The giant whale, having got entangled in a fishermen’s net that had been laid in the mid seas had been reportedly trying hard to escape back into the seas, but rough sea waves as well as inclement weather patterns, worsened its escape attempts despite different techniques applied by those who gathered there.

On hearing the incident, District Secretary for Mullaittivu, Divisional Secretary, officials of the Disaster Management Centre, Major General P.U.S. Vithanage, Commander, SFHQ-MLT, senior Police officers and a few other officials rushed to the scene with the intention of saving its life.

At the same time, Major General Vithanage called out a large group of soldiers serving the SFHQ-MLT to the spot and dispatched them to help the release of the whale, struggling for life on the shores of Mullaittivu seas.

Using a backhoe machine, troops swiftly but carefully dismantled threads and took away piece by piece of the entangled fishing net with the support of other fishing community present there and managed to set the whale free back to the seas after about 8 hours. 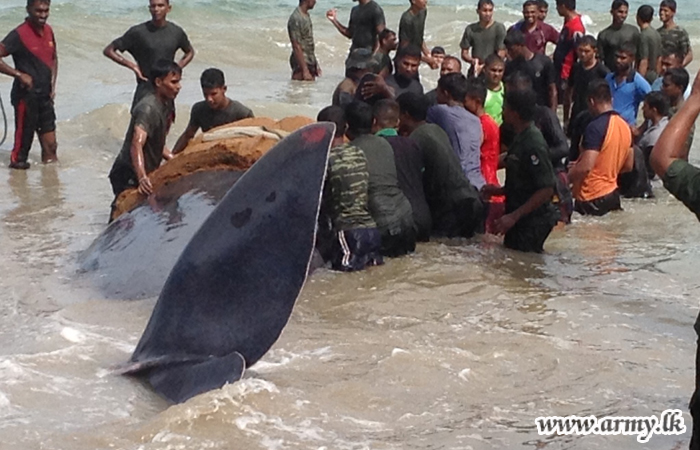 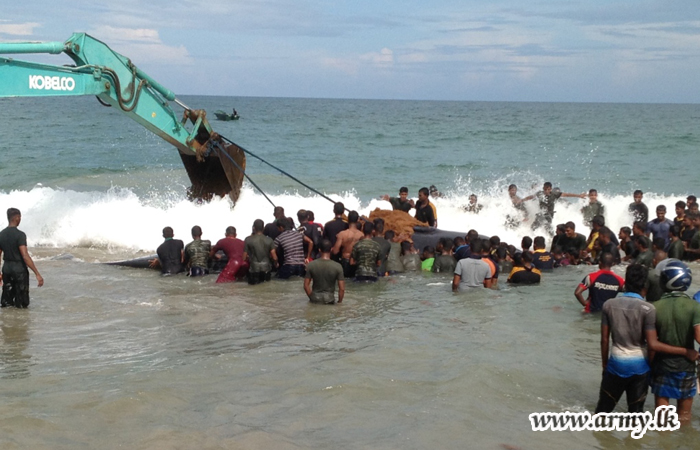