Major General Darshana Hettiarrachchi, Commander, Security Forces - East (SF-E) after assumption of duties in his new appointment made a formal visit to the 22 Division Headquarters in Trincomalee early during the previous week.

The following day, the visiting East Commander went to see formations and met all Brigade, Unit and formation Commanders serving under the 22 Division. He spoke to them on matters of administrative, operational and welfare importance to the troops. During his stay in the 222 Brigade Headquarters, he spoke to the troops and planted a tree sapling in the premises as a symbol of memory.

Meanwhile, Major General Hettiarrachchi in response to a request extended to him by Ven. Agbopura Gnanawimala Thero, incumbent at Kantale Agrabodhi Viharaya, paid his obeisance to sacred relics on display at the temple after they were brought down to Sri Lanka by Chairperson, World’s Young Buddhists Association, Ven. Bhikkuni Shin Kuan and her delegation. Those sacred relics are to be enshrined in the Dagoba under construction at the temple premises.

A gathering of Army personnel also joined the East Commander for veneration of those relics. 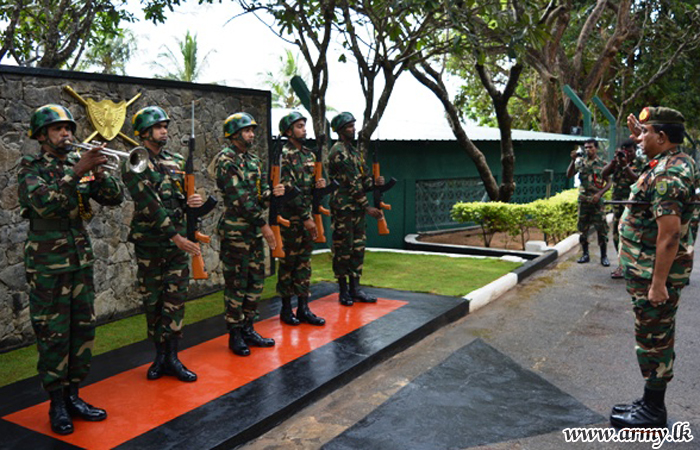 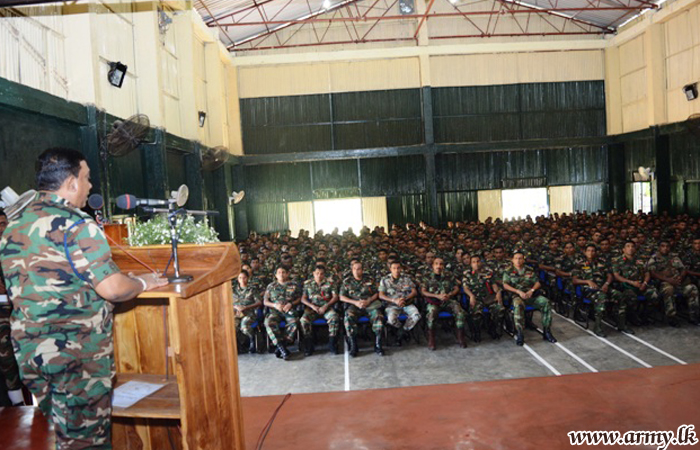 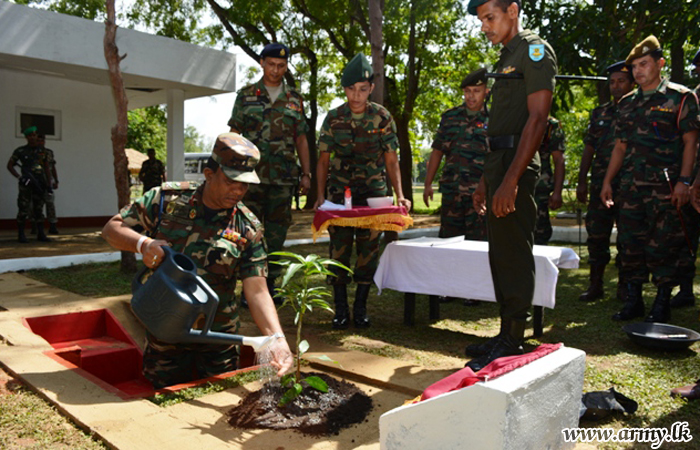 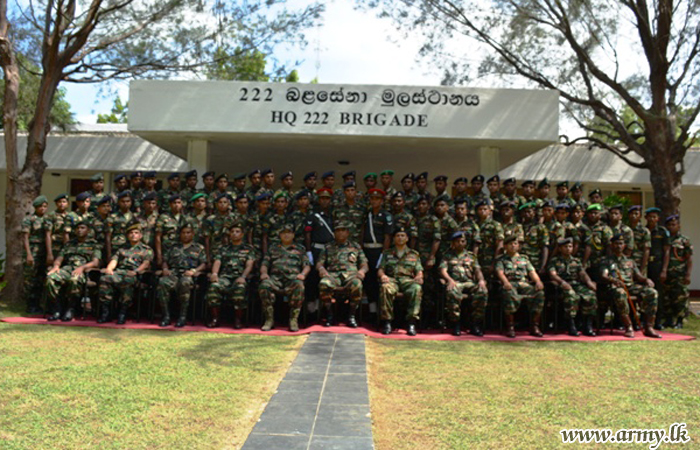 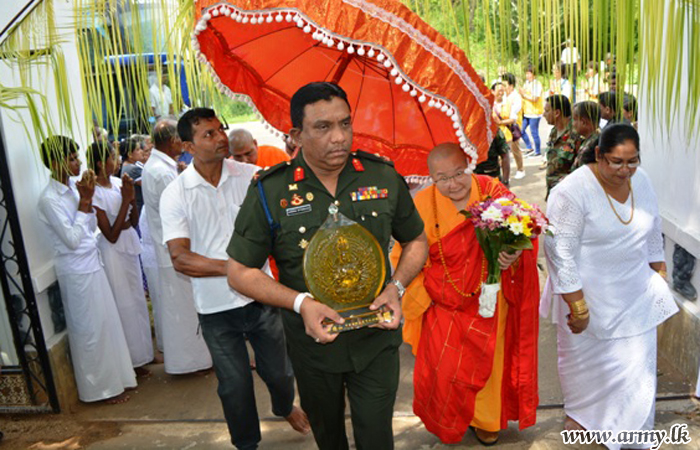 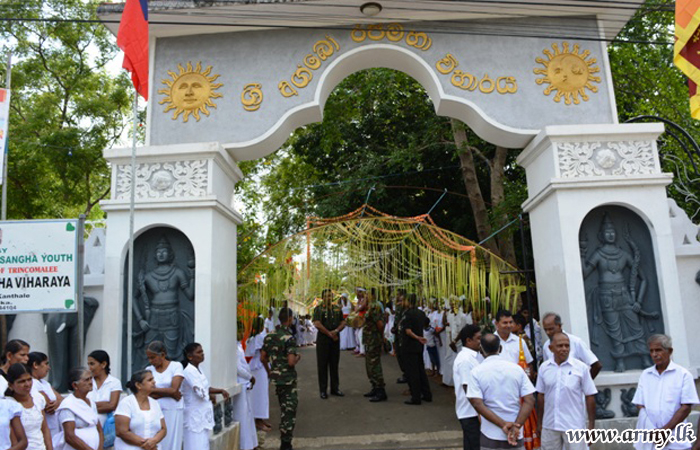