The Passing out parade of the Drill Instructors’ Course No 109, conducted by the Combat Training School (CTS) at Ampara on the directions of the Commander of the Army took place on Thursday (14) in a colourful night ceremony, a feature that kicked off for the first time in the history of CTS.

Under the supervision of Brigadier M.A.S.K. Muhandiram, Commandant, CTS, the ceremony was conducted with the participation of senior officers.

A total of 96 drill instructors – 93 male and 03 female, who followed the course which commenced on 05 October 2015, received their drill instructor badges from Brigadier Muhandiram.

Afterwards, a colourful drill display was staged by the newly graduated drill instructors.

During the event, special awards were presented to the drill instructors who have performed exceptionally well during the course. 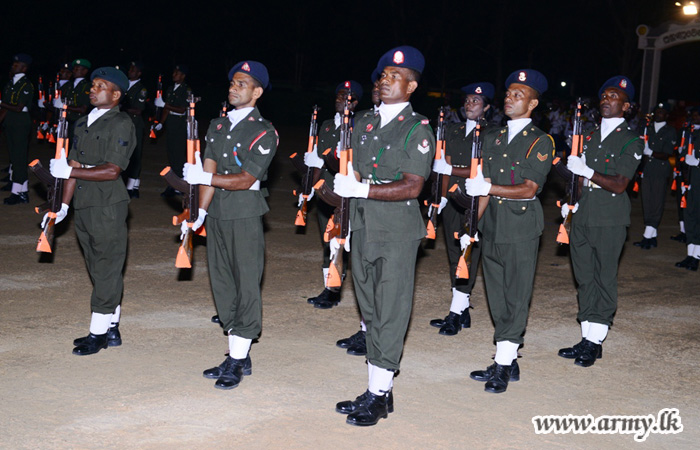 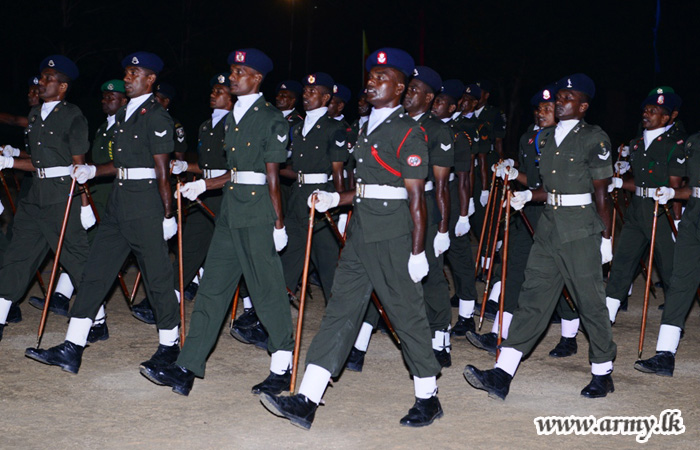 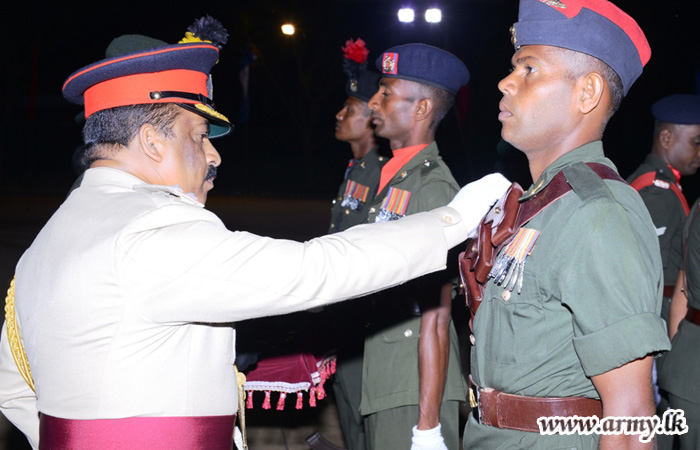 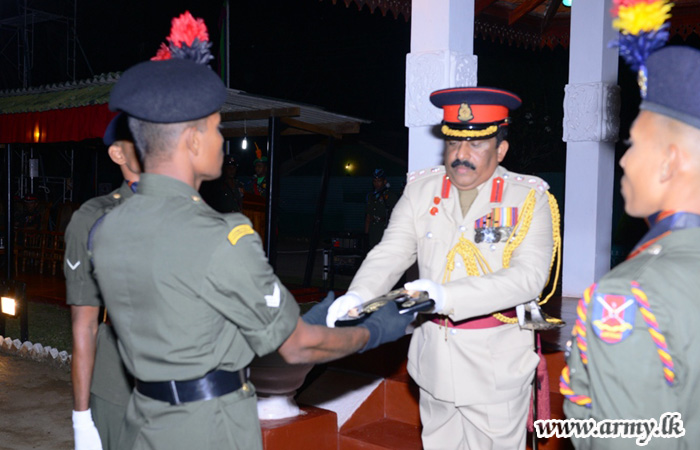 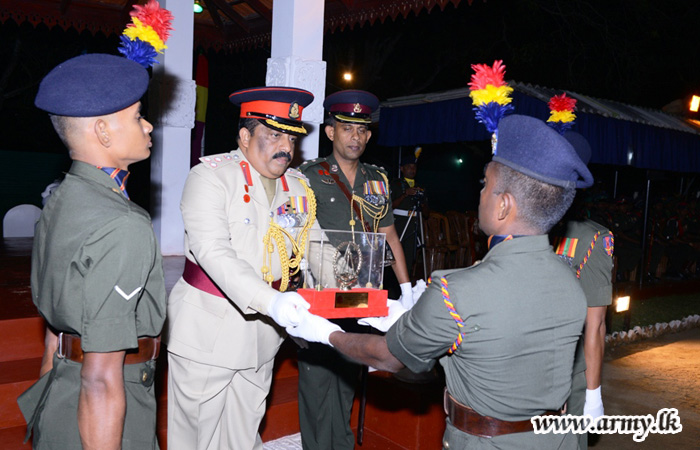 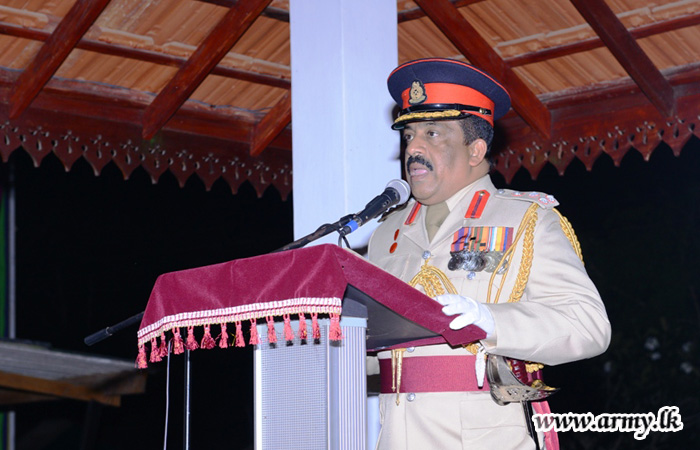 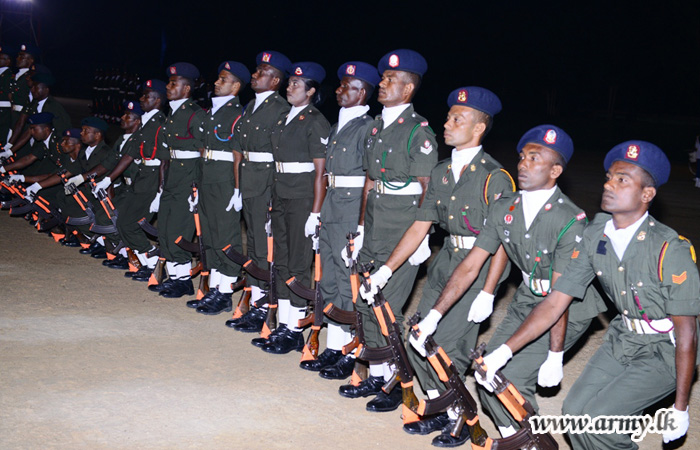