The Directorate of Agriculture and Livestock (DAL) of the Army, well geared up towards the successful implementation of the Army Chief's 'Thuru Mithuru Nawaratak' green drive that goes hand in hand with the Presidential policy, 'Saubhagye Dekma' government framework with its troops is currently engaged in a multitude of country-wide agro-livestock projects of different magnitude and kinds as per guidelines given by General Shavendra Silva, Chief of Defence Staff and Commander of the Army under the close supervision of Brigadier Arosh Rajapakse, Director, DAL.

Comprised of professionally-qualified 76 Officers and 1675 Other Ranks, the Corps of Agriculture and Livestock in the Army, comprised of 1 Regular Battalion and 3 Volunteer Battalions under the DAL by early August, this year has spread its wings to 8,500 acres of state and Army land extent for cultivation of paddy, mango, coconut, vegetables, sesame seeds, corn, urad dal (ulundu), turmeric, etc.

Troops of the Sri Lanka Army Corps of Agriculture and Livestock, formally raised on 7th January 2020 currently grows chillies in 200 acres in the Andipuliyankulam (50), Kandakadu (100) Army farms and Manik Farm (50), coconuts in 300 acres in Manik Farm, Andiyapulyankulam, Kandakadu, Ballala and Palatupana, Yala (19,500 saplings), mangoes in 500 acres (19, 800 saplings), turmeric in nearly 20 acres inside Army farms, hybrid wheat seeds in Manik farm (25 acres) and sesame seeds in Manik farm (50 acres). Department of Agriculture and Export Development Board at the invitation of the DAL continuously extends its expertise, maximum scientific and other consultations to Army troops working on those farms around the country.

In the meantime, those troops with the objective of producing rice for own domestic consumption are now busy cultivating paddy for all seasons in Kandakadu farm, Manik farm and Sri Jayawardenepura area around the Army HQ. In some of them, the harvest has already been reaped and made available for the troops to buy those varieties of rice from Army Seva Vanitha Unit-run welfare shops. Best quality rice varieties are grown in those fields, absent of chemicals or pesticides.

Likewise, the poultry farming, one of the large livestock projects of the DAL has now expanded and a few more than some 25,000 layer chickens in the Army-managed farms in Kandakadu, Galkanda, Nirawiya and Balalla are there to fulfill the egg requirement of the Sri Lanka Army. Layer chicken project started in mid of 2020 with 5,000 layer chickens as a pilot move has proved to be a very productive project.

The DAL's Meals-Ready to Eat (MRE) ration packet production process at Kandakadu Army Farm complex meanwhile reached new heights as its daily output has now increased to 1000 packs a day, thereby cutting down a huge sum of foreign exchange to the country by way of import costs. The MRE packs, made up of textured and dehydrated nutrients are generally used by troops under training in jungles or those serving in distant remote areas.

Dairy products, such as milk packets and curd pots are also meanwhile produced at Kandakadu as a routine and regularly distributed among all Army Seva Vanitha shops for consumption of troops, which have drawn popularity among consumers.

In the same manner, the Army farm at Palatupana, Yala which commenced manufacture of iodine mixed quality cooking salt has already received the SLS certification and those packets are delivered to the Sri Lanka Army Service Corps for distribution among Army camps and a stock is currently sold at minimal price to the members of the Army as one more subsidized item.

Similarly, afforestation roles of the Army in parallel with the Commander of the Army-initiated ‘Thurumithu Nawa Ratak' green drive have so far proved effective and contributed to the national tree-planting campaigns all over the country, including the Wilpattu Forest Reserve region. It has made an impact in the East, North and North Central provinces where the rainfall is comparatively less.

Agroforestry roles of the Army also cover cultivation of different and rare herbal medicine saplings and Glidiciria plants, needed for regeneration of Nitrogen to the soil which is now widely used in the carbonic compost fertilizer production process in the Army, the latest addition to the nation-building projects of the government on a Presidential directive. The Army has initiated the process for production of 2500 metric tons of organic fertilizer inside island-wide Army camps for use in the Maha season 2021, and samples of fertilizer thus produced were recently handed over to the Department of Agriculture to ascertain the quality.

The beekeeping projects for production of bee honey have also yielded impressive results and it is being expanded to other areas where climatic conditions are desirable for beekeeping schemes. The DAL has also planned to begin cultivation of about 35,000 Murunga, Woodapple, Lemon, Tamarind saplings inside Army-managed farms and camp compounds in the forthcoming Maha Season.

The DAL with sustained guidelines given by General Shavendra Silva, Chief of Defence Staff and Commander of the Army who expects the Army to have its own products made or cultivated as many as possible for self-consumption, minimizing the costs for imports, etc conducts regular long-term and short-term courses for troops on relevant updated aspects and modern techniques is committed to go ahead with those impressive projects in a result-oriented manner under the close supervision of Brigadier Arosha Rajapakse, Director, Directorate of Agriculture and Livestock along with its dedicated troops in 1 Regular Battalion and 3 Volunteer Battalions. 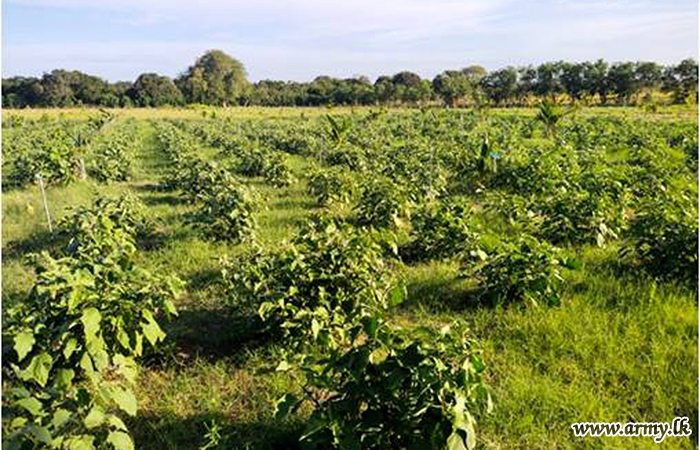 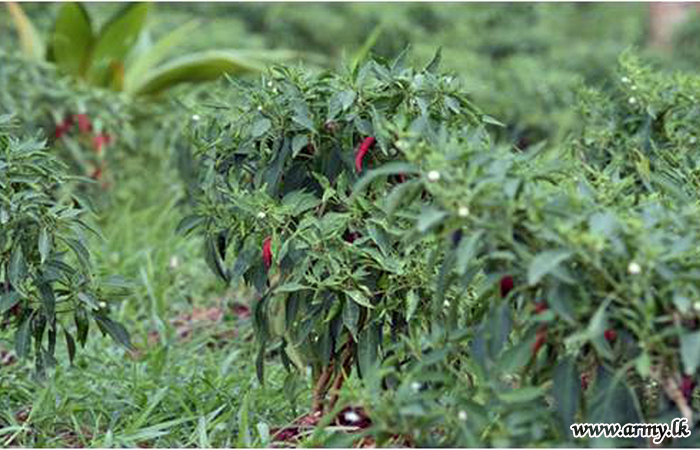 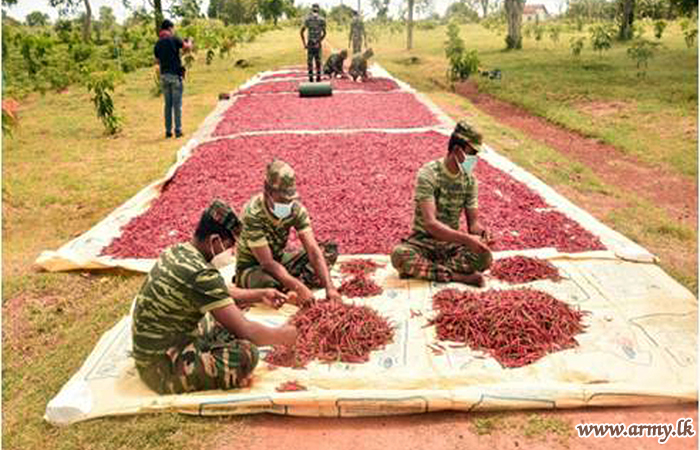 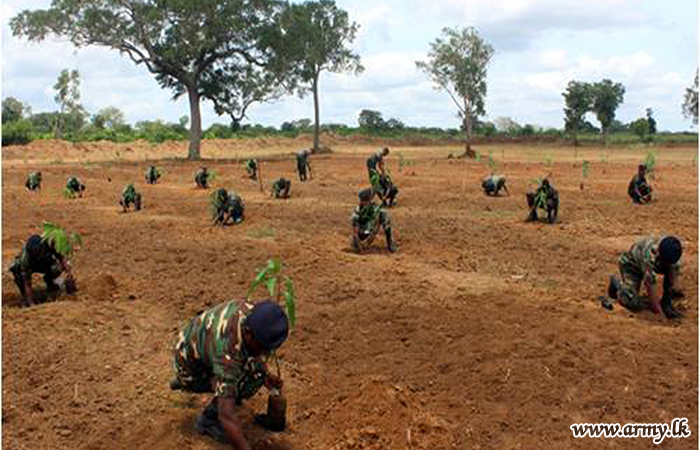 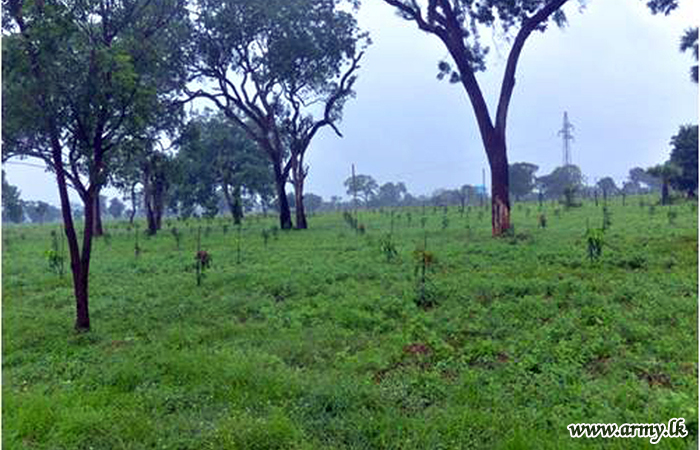 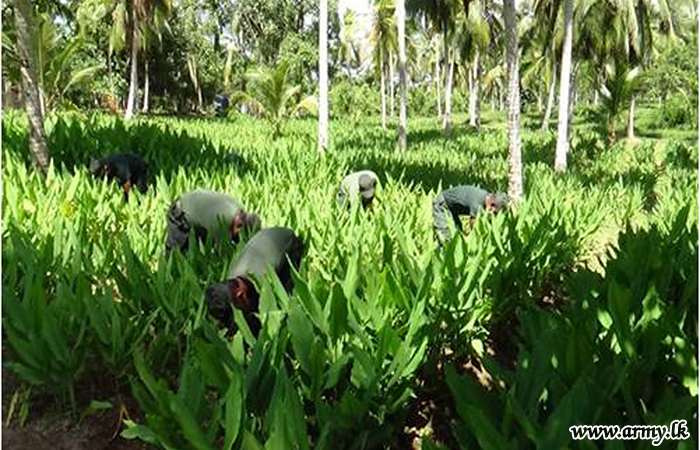 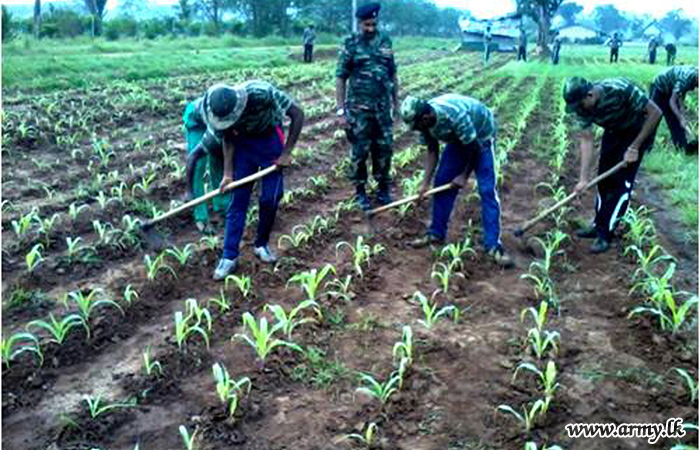 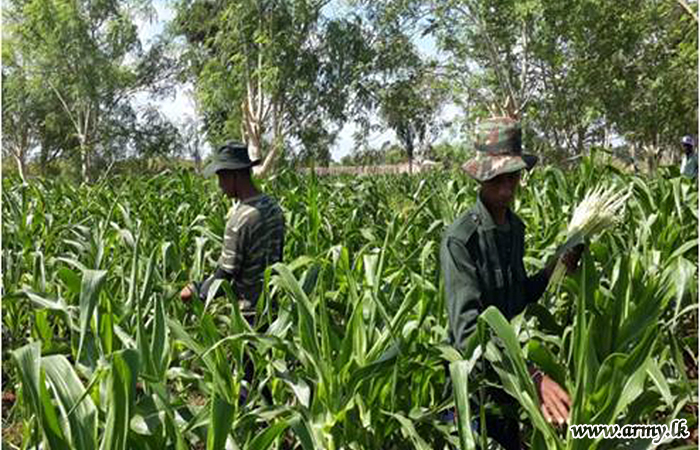 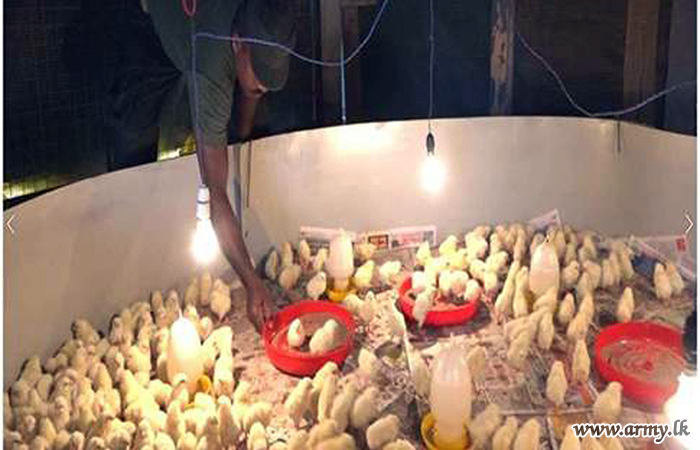 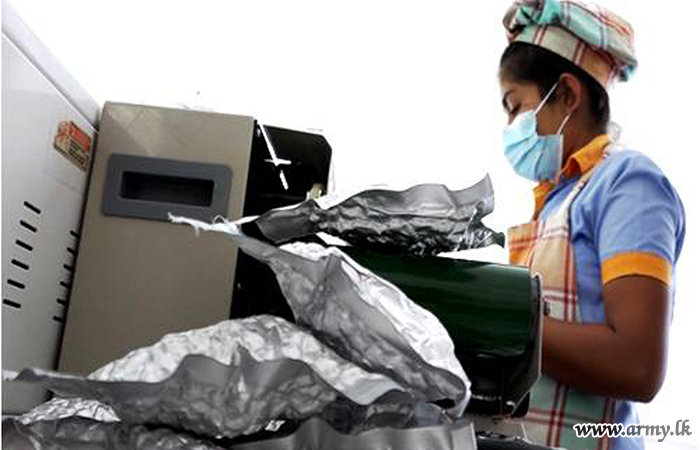 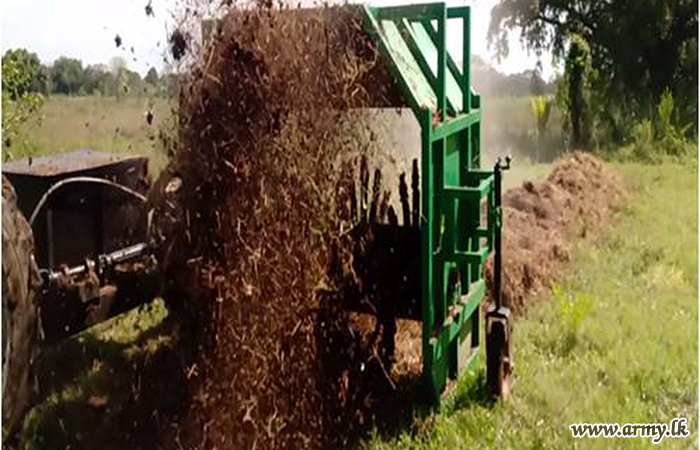