Brigadier Saliya Padmashantha, Director Army Benevolent Fund on Monday (22) visited the SFHQ-Central in Diyatalawa and delivered awareness lectures on welfare facilities and services of the Directorate of Army Benevolent Fund on the guidelines given by General Shavendra Silva, Chief of Defence Staff, Commander of the Army and Head of the National Operations Centre for Prevention of COVID19 Outbreak (NOCPCO).

The lectures explained the troops of all welfare facilities, available to Army personnel as well as other benefits that could be obtainable from the Directorate and from other governmental agencies. 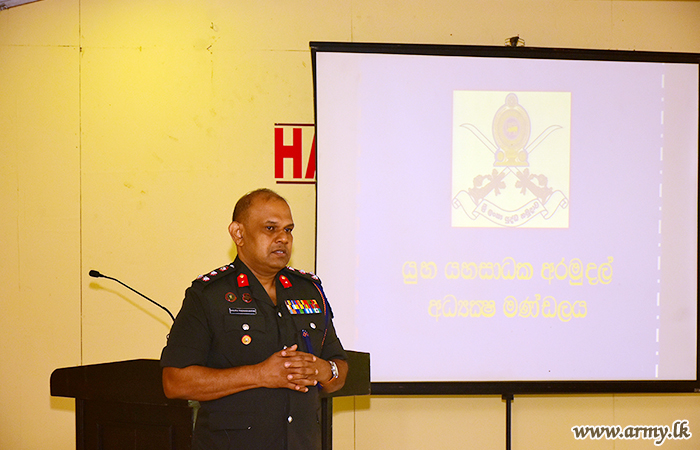 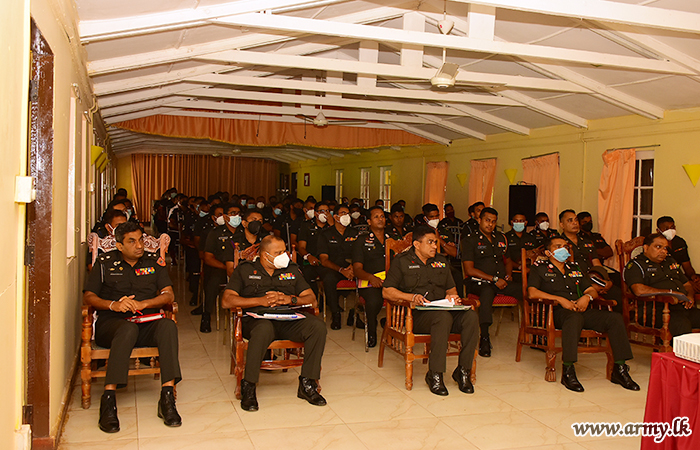 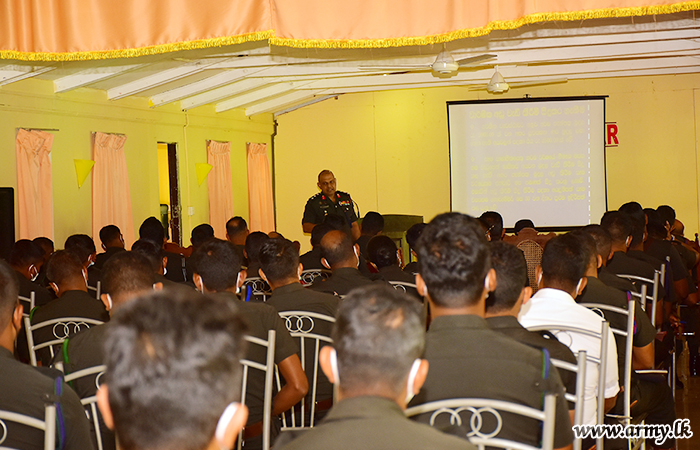