Those Army representatives, selected out of six members belonging to the national team are scheduled to leave for Greece on 19 September 2004 in the company of Major J. R. Ampemohotti (Team Manager) and Colonel Sunil Somaweera (Medical Officer).

During their meet with the Commander, those participants exchanged views on future Olympics prospects and their selection to represent this prestigious event. Lt. Gen S. H. S Kottegoda wished them good luck and shook hands with them as their Manager in the company of Medical Adviser, Major General K. Dudley Perera looked on. 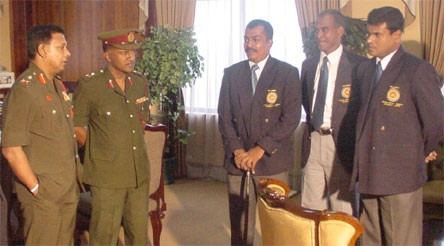 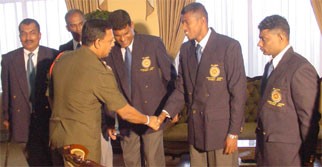