The inaugural ceremony of the Defence Services Games - 2016 (DSG - 2016) and the formal opening of the new state-of-the-art Gymnasium, constructed inside the Army cantonment at Panagoda took place Wednesday (24) afternoon with the attendance of Mr Ruwan Wijewardene, State Minister of Defence as the Chief Guest at the invitation of the Commander of the Army Lieutenant General Crishanthe De Silva.

The inaugural opening of the DSG - 2016 occurred in the form of a mega cultural spectacle and a show of sports skills, comprised of colourful tri-service music bands and varying dancing forms.

Displays of taekwondo, boxing, martial-arts and physical training drills, cultural performances and reverberating sounds of drums, added colour, excitement, grandeur, entertainment and variety to the day’s sequence of events as the DSG - 2016 got off the ground. This year’s DSG - 2016 is hosted by the Sri Lanka Air Force.

DSG - 2016, the flagship sports event of the tri-services (Army, Navy and Air Force) in the year, is competed by 600 Army personnel, 300 sailors and 300 airmen who are expected to vie in 70 athletic events and other sports events which will continue until August 2016.

The new mammoth gymnasium, designed exclusively for conduct of all indoor events in the  ‘Defence Services Games - 2016’  was constructed by the Sri Lanka Engineers (SLE) and Corps of Engineer Services on the directions of the Commander of the Army under the supervision of  Major General S. R Manawaduge, Director General, Sports.

The gymnasium also consists of four balconies and could accommodate a total of 1250 spectators at a time including the VIP balconies. The wooden floor is 91 ft in width and 109 ft length. It cost the Army Rs 248 million.

The day’s Chief Guest was warmly received by the Secretary Defence, Eng. Karunasena Hettiarachchi on arrival at the venue and conducted in a simple procession. Of the competitors, a total of 210 team leaders representing all tri-services participated in the inaugural event this afternoon.

Commander of the Navy, Vice Admiral Ravindra Wijegunaratne, Commander of the Air Force, Air Marshal G.P Bulathsinghala and senior officers from tri-services were also present during the inauguration ceremony of the DSG 2016. 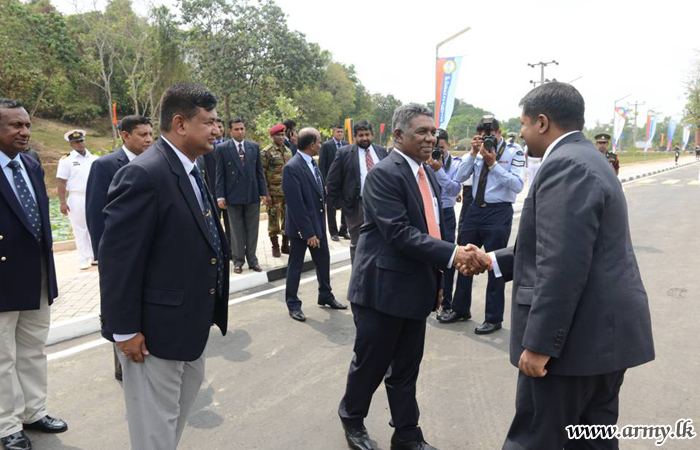 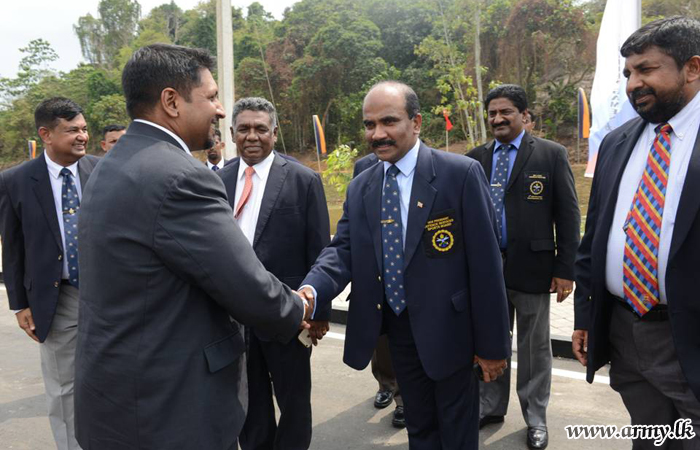 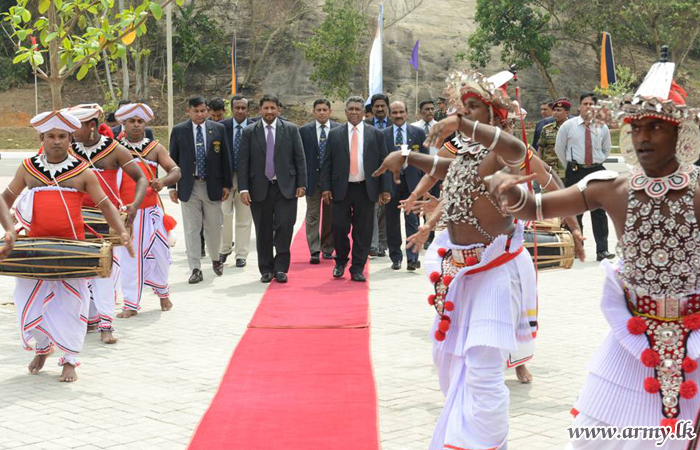 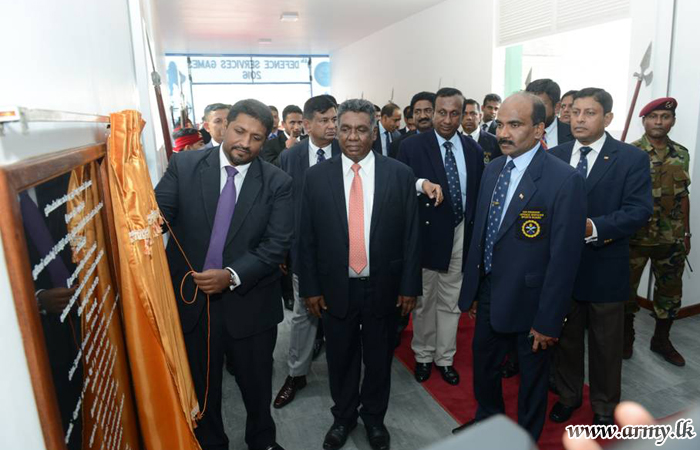 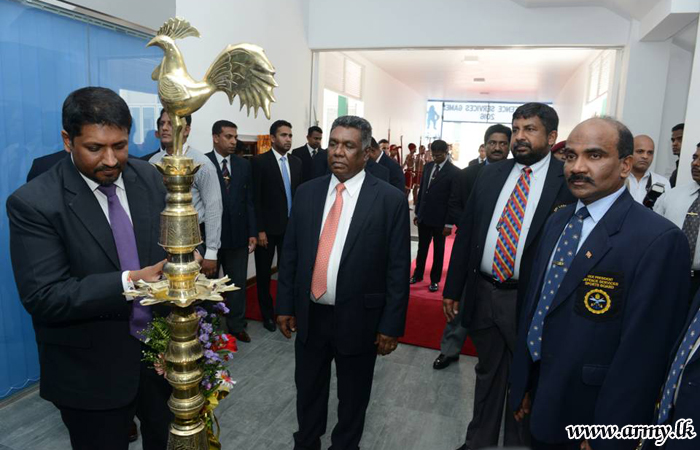 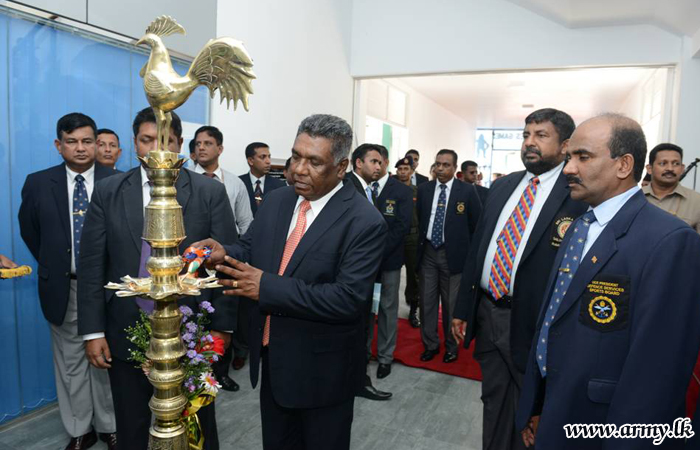 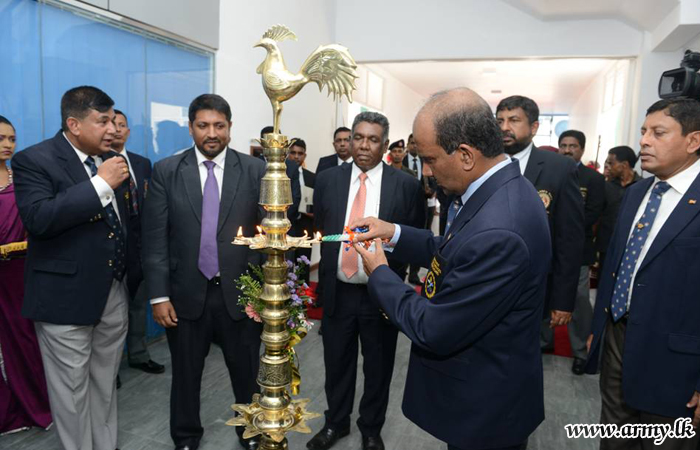 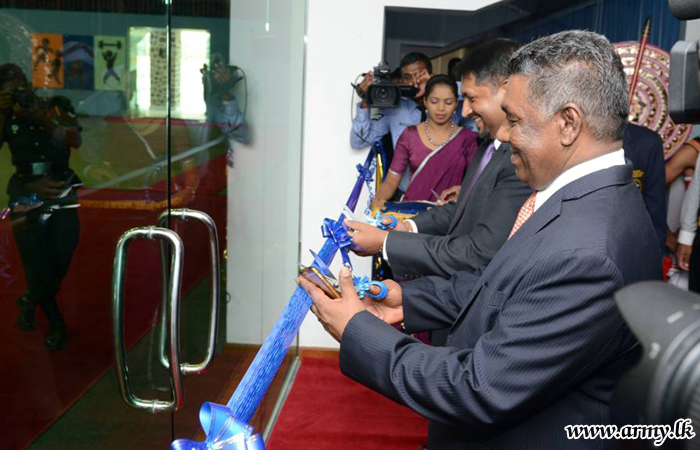 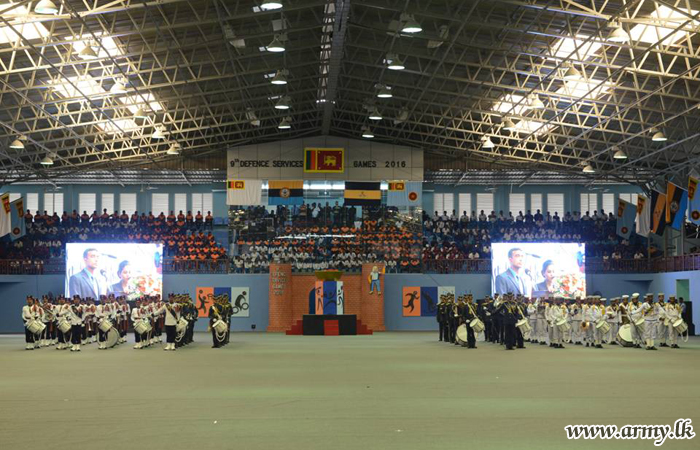 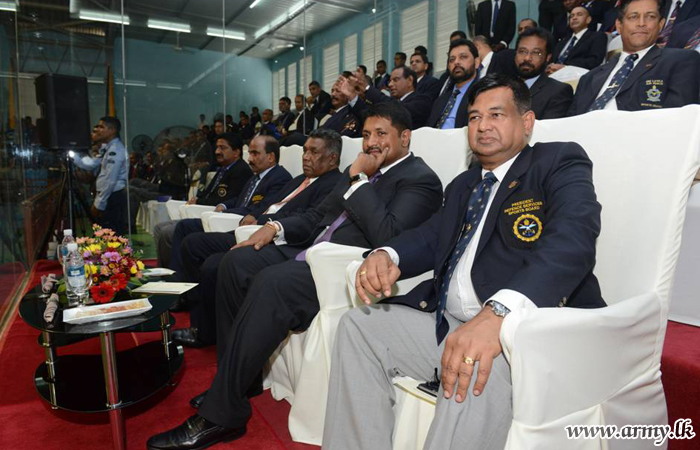 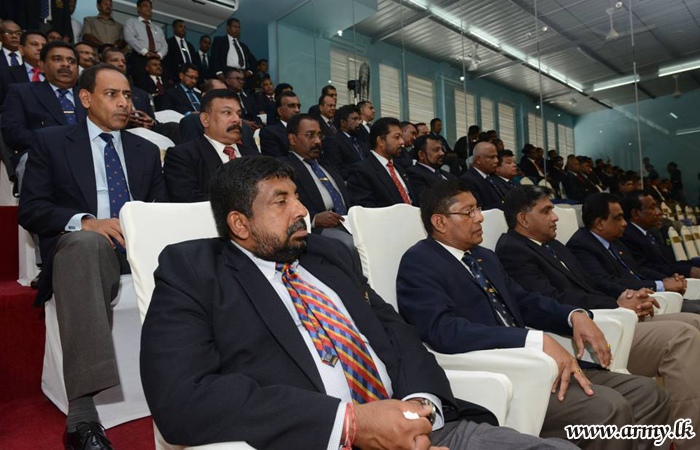 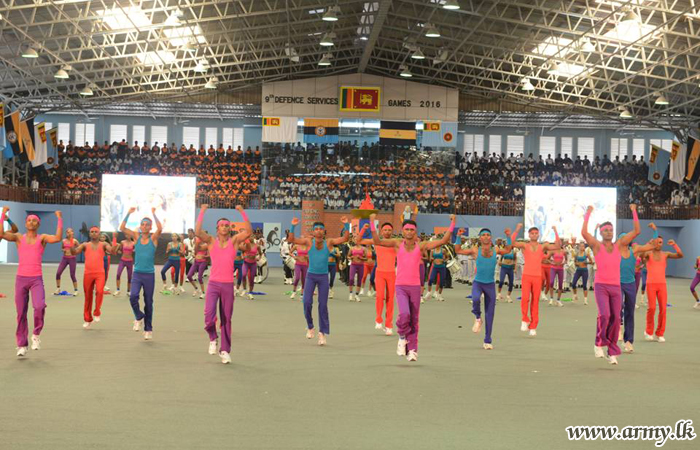 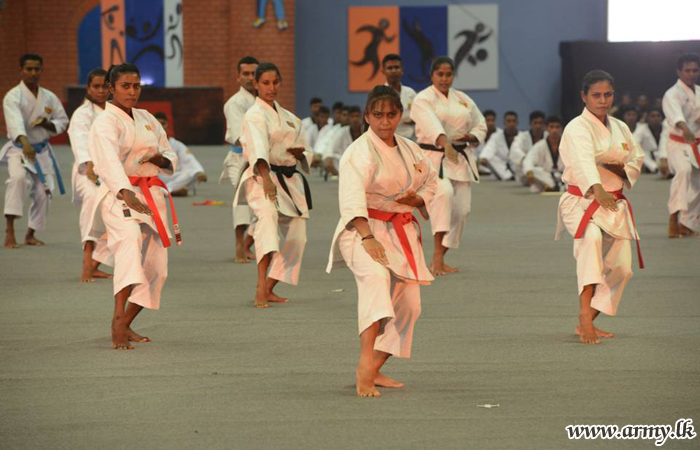 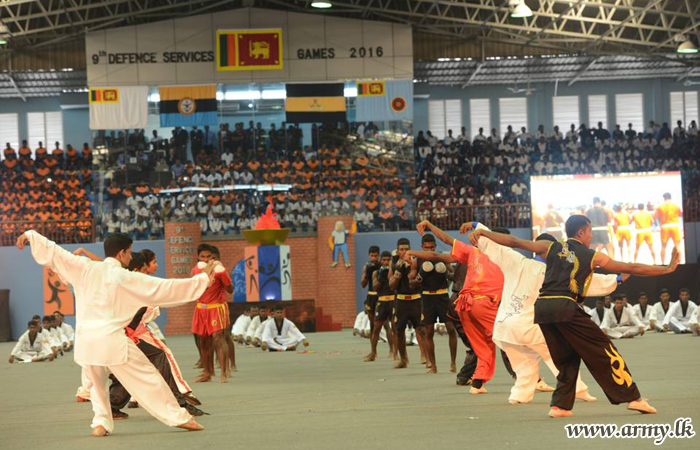 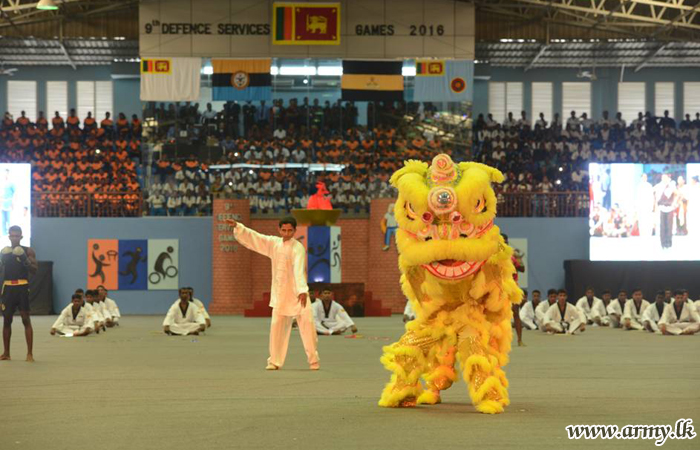 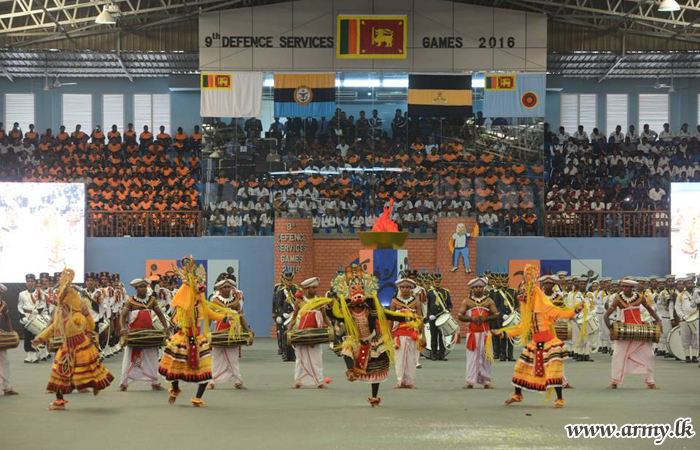