A briefing on unfolding peace prospects and its related developments, now in the making following the consensual agreement made between the Sri Lankan government and LTTE, was made by Hon.Thilak Marapana, Minister of Defence before hundreds of members of the armed forces during his visit to Wanni and Minneriya areas on Sunday (22).

Minister Marapana, who briefed members of the Security Forces in the above areas commented on the status quo as regards the ongoing Peace process and emphasized the importance of its uninterrupted sustenance in view of the recently concluded Peace talks in Thailand.

Minister Marapana highlighted the need to sustain the peaceful atmosphere by members of the armed forces and the Police without falling prey to elements that are opposed to creating peace in the country. He also did not fail to praise members of the Security Forces for their excellent services.

On his way to Wanni, the Minister and his entourage paid homage to Jaya Sri Maha Bodhi at Anuradhapura where he was blessed by the Atamasthandipathi, Nayake Thera at Anuradhapura. 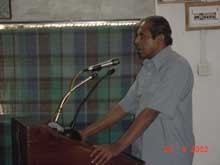 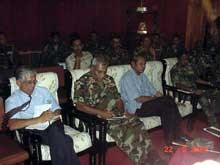 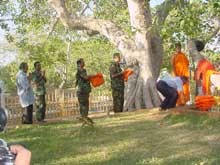 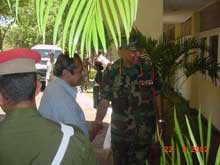 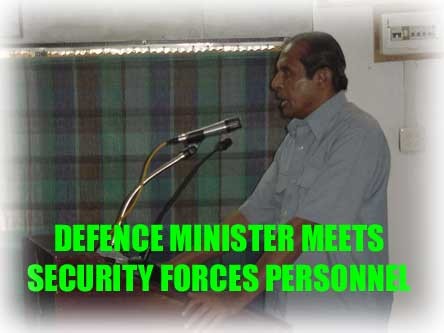 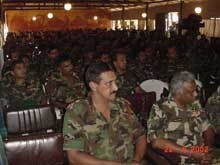