The Convocation - 2015 ceremony of the Sir John Kotelawala Defence University (KDU) at Ratmalana was held Tuesday (20) afternoon at the Bandaranaike Memorial International Conference Hall (BMICH) with the gracious presence of the Commander-in-Chief of the Armed Forces, President Maithripala Sirisena as the Chief Guest.

Chancellor of the KDU General Rohan Daluwatte, together with its Vice Chancellor, Major General Milinda Peiris welcomed the President and conducted him to the main hall in a procession, befitting the occasion.

The main programme began soon after the national anthem and the university anthem were aired, to be followed by a two-minute silence in honour of fallen War heroes.

450 graduates, including one who read for the PhD received their graduation parchments during the ceremony. Graduation was conferred on 104 officers who qualified in Masters, 73 officers who read for Post Graduate studies and a total of 272 officers who succeeded in following the basic degree.

Trophies for the Best Student officer and first in order in merit were also awarded during the ceremony.

The General Sir John Kotelawala Defence University founded in 1981 as a Defence Academy, KDU was elevated to the level of a university in 1986 with the distinctive mission of ensuring a superior quality learner-centered education through academic and professional programmes, combined with practical research across many disciplines in the field of defence, medicine and Maths for its students.

The former Commander of the Navy Admiral (Retd) JSK Kolombage was awarded the Doctor of Philosophy and he is the first to receive a doctorate from the KDU.

Second Lieutenant R P Samarasinghe of Intake 28 was awarded the Sword of Honour for the Best All Round Performance.

President Sirisena in his speech to the convocation said that the KDU has spread out its services to encompass a wider spectrum of students over the years and that the government is committed in its national duty of strengthening the armed forces. It is important that we acquire knowledge, skill and modern technology in order to achieve national commitments, and stressed the need to keep pace with the developing trends of the world.

He further added that at present dissemination of knowledge has become commercialized. He reminded those present of the period of tragedy brought upon by LTTE terrorists over a period of more than two decades and said that efforts by successive governments to contain this threat experienced mixed results. We were able to defeat terrorism by the resolute effort of all people and the government is committed in honouring the War Heroes. He said that he would not allow anyone to disgrace this victory and pledged to strengthen national reconciliation among people of all races.

The following are the graduates of the Army ;

Master of Laws Programme I

MASTER OF LAWS PROGRAMME I 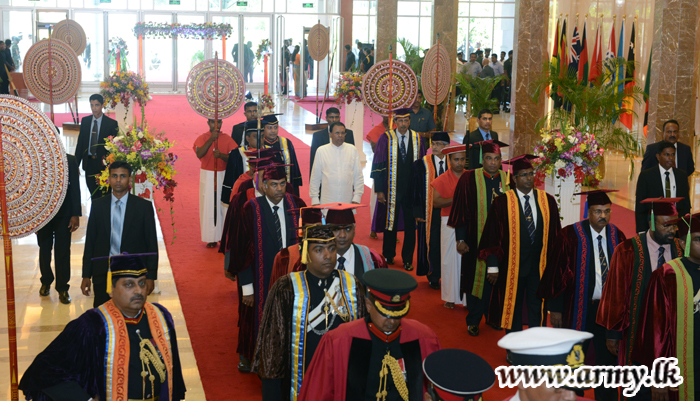 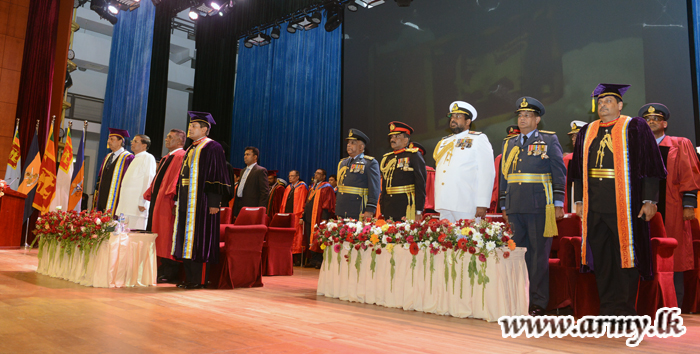 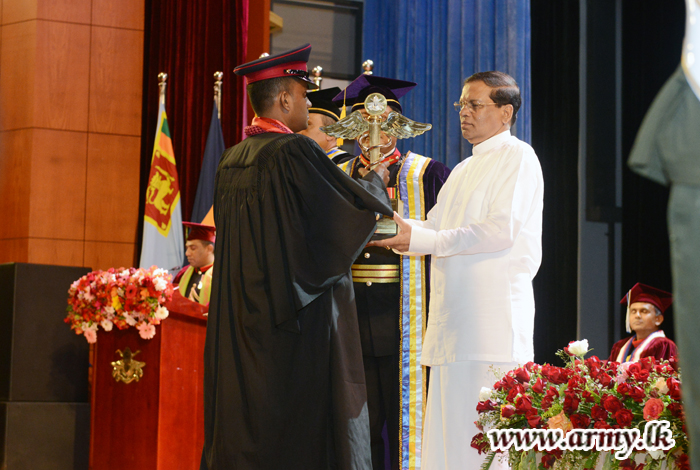 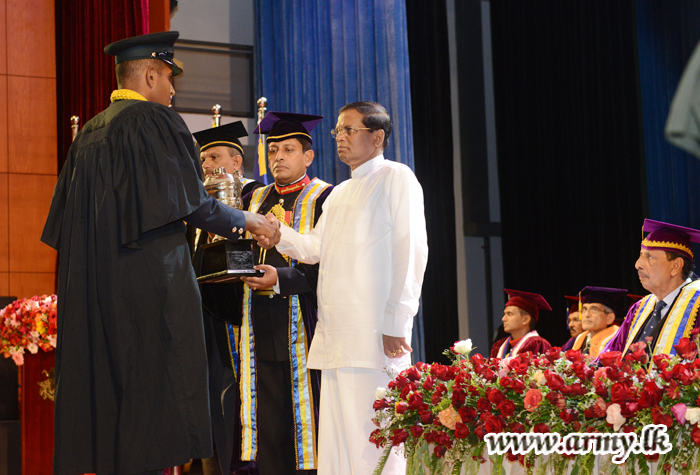 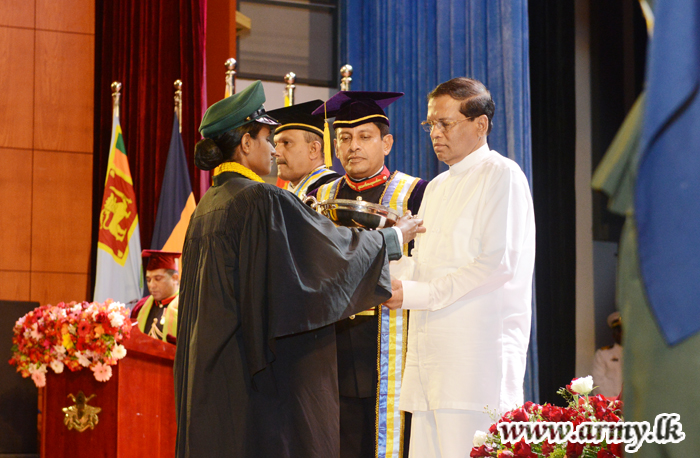 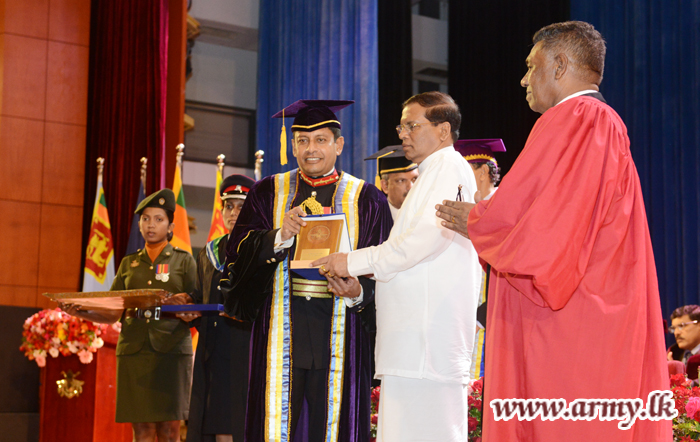 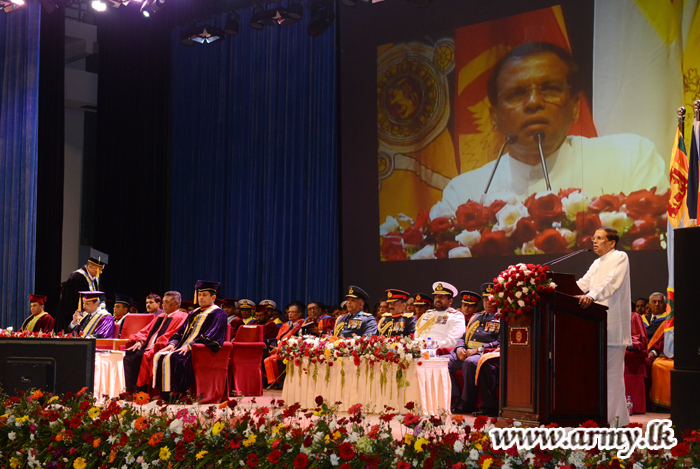 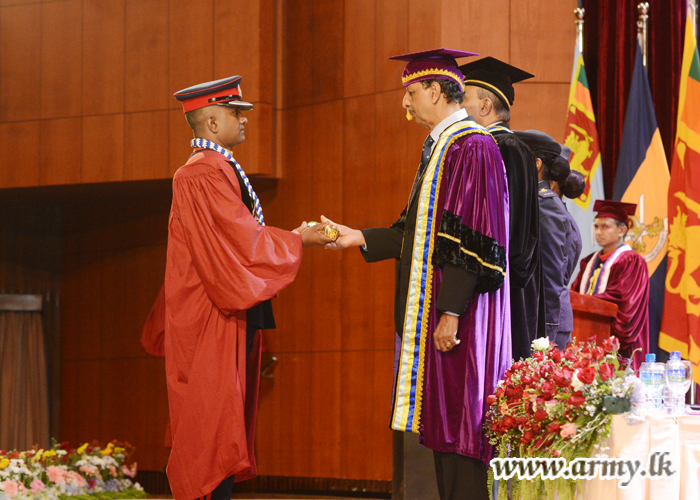 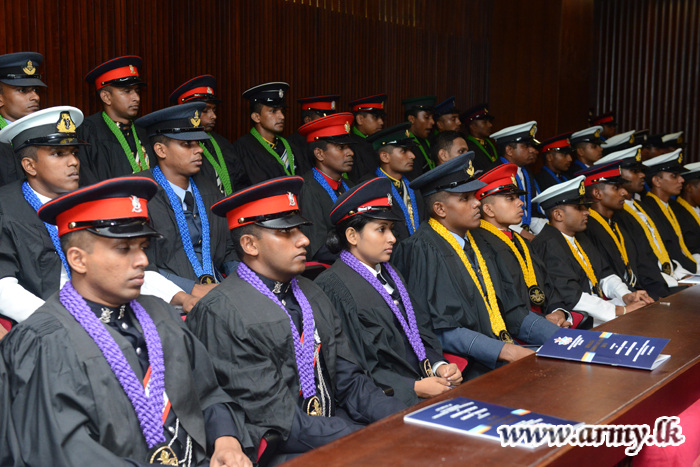 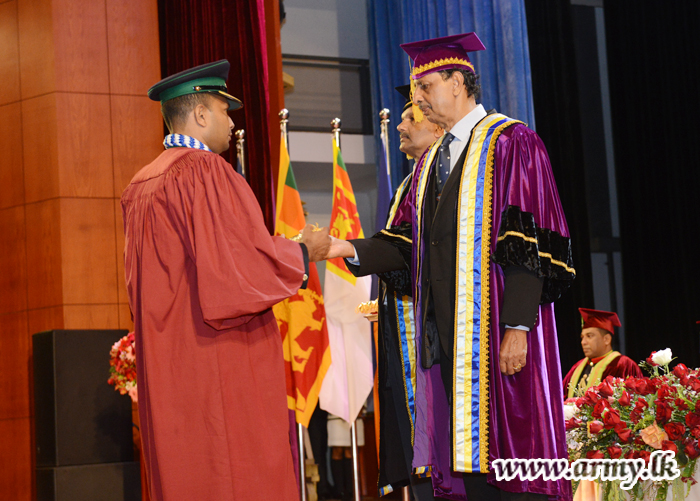 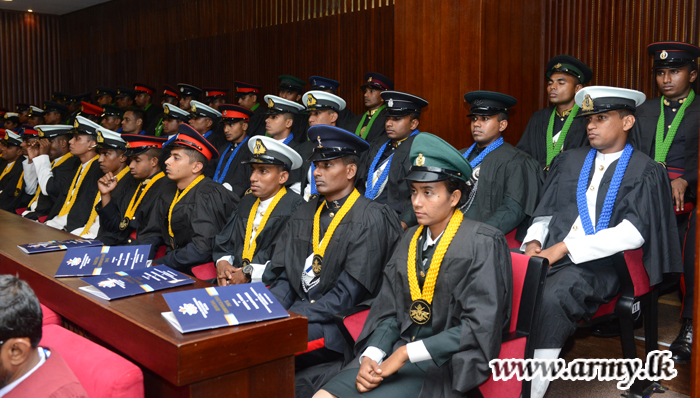