Troops of the 17 Corps of Engineer Services (CES) are actively engaged in the construction of new houses for victims in the Meeriyabedda landslide tragedy in the general area of Makaldeniya, Koslanda, following a request made to the Army by state authorities.

Major General A.P. De Z Wickremaratne, the newly-appointed Commander, Security Force Headquarters-Central (SFHQ-C) recently inspected the construction site on the instructions of the Commander of the Army in order to get an update.

A discussion with all officers and troops working in the site followed afterwards with the participation of the visiting SFHQ-C Commander at the same venue. The visiting Commander exchanged a few views with those working on the site and inquired into their needs, etc.

During the tragic landslide at Meeriyabedda on 29 October 2014, a total of 76 houses of plantation workers in seven lines were completely destroyed and the Army was entrusted the task of constructing new houses a few months ago. 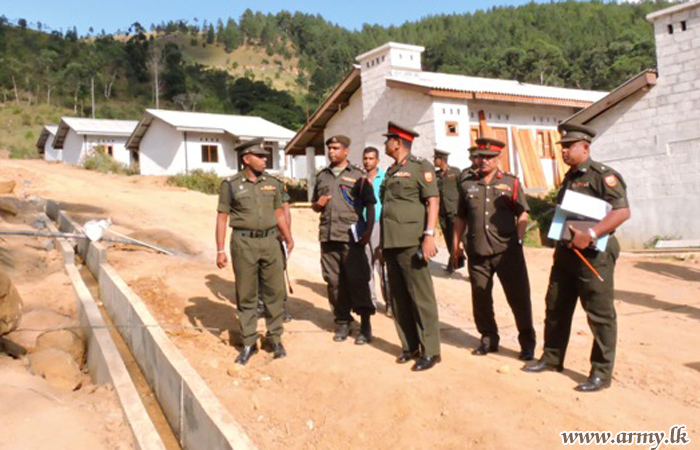 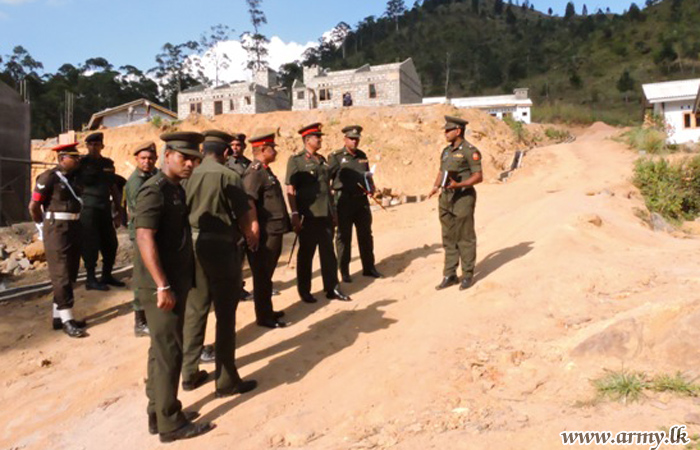 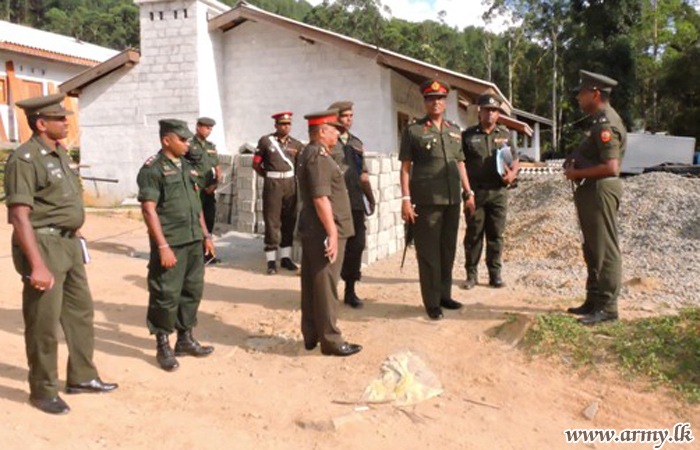 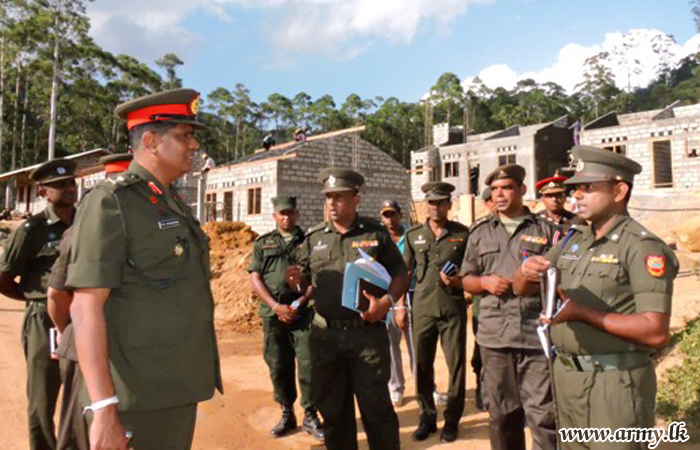 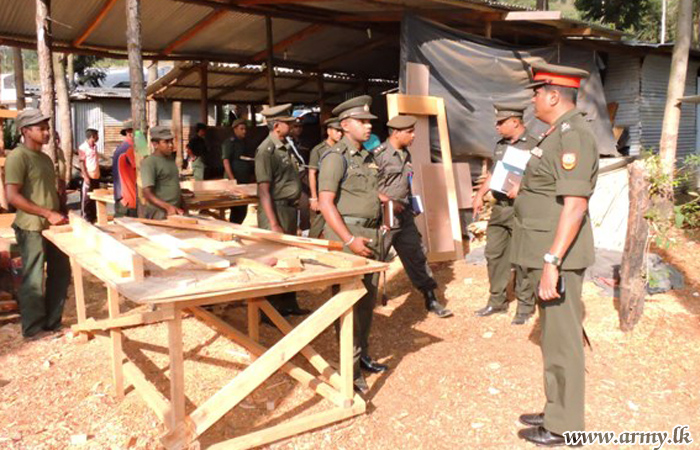