In her remarks on ‘Complexities Arising from Militarization of Space’ under the theme ‘Military Modernization’, Dr Rajeswari Pillai Rajagopalan (India), Distinguished Fellow & Head of the Nuclear & Space Policy Initiative, Observer Research Foundation pointed out since there is no hard fast rule in the use of space, it is important to initiate some policy alternatives in future.

In the absence of successful multilateral efforts, states will be forced to rely on deterrence, deterrence effects will cascade: if one state relies on deterrence, others will be forced to also. Consequence will be negative for all, Will lead to increasing suspicions that will make cooperation difficult. Deterrence model not yet policy for any state re. space, so possible to prevent it, Necessary too, before states proceed down this path.

Maintenance of predictable and non-escalatory relations between states, Common strategic understanding between states - absence of it makes stability fragile and questionable, thus not just absence of war, but absence of fear of even escalation, even if relations otherwise are poor, suggests some level of confidence in all states that no one would gain unilateral advantage, but emerging trends in space security could affect strategic stability, moving from militarization to early signs of weaponization.

Following are the salient points in he presentation;

Development of ASATs, co-orbital satellites or any weapon that might disrupt or destroy space system

Missile defense interceptors that might be used as direct ascent ASATs

Benign environment for two decades but beginning to change from 2007

Use of ASATs or lasers to disrupt communications could complicate the command & control dynamics; also reduces the possibility for crisis control mechanisms to play out

Loss of surveillance satellites would have similar impact

Could undermine crisis management and exacerbate the potential for escalation

US and Soviets several ASAT tests until early 1980s

Technologies with peaceful applications – such as satellite inspection, refueling and repair (on-orbit satellite servicing) or technologies to clean up space junk – can also be used

Office of the US Director of National Intelligence, 2018 Worldwide Threat Assessment of the US Intelligence Community: “We assess that, if a future conflict were to occur involving Russia or China, either country would justify attacks against US and allied satellites as necessary to offset any perceived US military advantage derived from military, civil or commercial space system.”

Dual use nature of space assets add to the complexities

SSA - Critical if one has to be in this business

Close to 80 states and non-state entities operate more than 2000 sats; operate in an environment that contains estimated 500,000 pieces of space debris that damage or destroy these sats thru’ collision

Characterization of objects gives the ability to understand the behaviour of OS objects - electromagnetic signals and emissions, radar and optical imaging can provide clues as to their function and capabilities.

Existed in the past but the conditions today quite different

Greater willingness to develop and use such capabilities

Kinetic capabilities, in which there is physical destruction of a space object, difficult to hide

Electronic and cyber-attacks not so easy to detect; they can be developed and deployed or even used without others being aware or certain about who is doing it

Offensive or defensive counter-space ops today impact not just security but social and economic, and across continents due to large-scale civilian dependency on space-based applications

OS so vital to both civilian and military ops reflects the danger of inadvertent escalation and conflict, if there is, for instance, a disruption or denial of service during a period of heightened tensions, even if the incident was a natural incident or due to mechanical failure

Can have a multiplier effect in terms of gaining greater sense of predictability of the operating environment, reduce uncertainty, facilitate better command decisions (due to better awareness)

Kinetic Physical: Weapons intended to create permanent and irreversible destruction of a satellite or to ground support infrastructure through force of impact with an object or a warhead. Such weapons include direct-assent ASAT missiles and co-orbital systems. The co-orbital weapons are satellites placed on similar orbits and can be directed to intercept or interference with close orbital rendezvous.

Non-kinetic Physical: Weapons meant to create interference or temporary damage and physical impact on space systems without physical contact. Categories of these weapons include Electromagnetic pulses or directed-energy

Electronic: Weapons that use radiofrequency energy to interfere with or jam the communications to or from satellites but do not cause permanent physical damages.

Cyber: Weapons that use software and network techniques to compromise, control, interfere or destroy computer systems that are linked to satellite operations.

Challenges for the future

OST does not cover a range of new threats

Rule-making not easy because of new and numerous actors

Space weapon; defensive use of space

Geopolitics playing into writing future rules of the road

What must be done?

No defence against ASAT as yet, nor any arms control measures or even TCBMs to address ASATs and other counter-space capabilities

Building better redundancy, hardening of space capabilities, enhance the security of back ups

Standards for small-sats to ensure tracking

“No First Placement of Weapons in Outer Space” pledge

With no clear definition on space weapon, important to focus on intentions - no attack on each other’s assets or not to have an arms race in outer space (be it thru’ placement of weapons or ground-based)

Not the First to Act beyond the scope of Article 51

Exercising the right to self-defense on an imminent threat, before the attack has occurred – dangerous trend 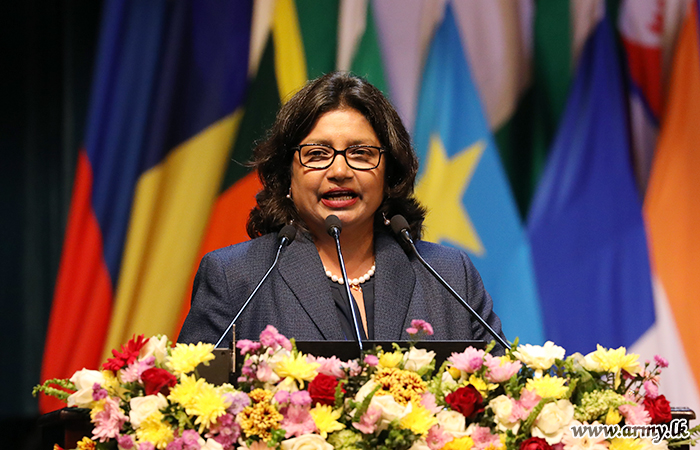