The ongoing second phase of the ‘House Construction’ project initiated by the Commander of the Army at all regimental levels for families of fallen War Heroes and differently able soldiers is fast nearing completion.

Phase II of the project, launched with the sheer determination of providing more and more solace to bereaved families of fallen War Heroes and disable ones a few weeks ago is to be completed by March 2016 the latest.

Those proposed 51 new houses are erected in own locations provided by the beneficiaries.

Each house is worth about Rs 1.5 million and 66% of the estimated cost is to be provided by the Army Headquarters and the remainder is supplemented by respective Regiments and the Directorate of Welfare, the coordinators for the Army construction project.

Additional expenditure however has to be shared by recipients if they so desire to have any alterations or extensions added to the original architectural plan.

The new initiative came into effect early last year after the Commander closely observed and evaluated the need for proper and decent housing facilities for family members of fallen War Heroes and some of those differently able ones who have rendered an invaluable service to the country as true patriotic sons of Sri Lanka during the war for peace before May 2009.

Earlier on 12 Oct 2015, 35 new houses, erected by 18 Regiments under the Phase I, using land slots, made available by the beneficiaries themselves to the Army engineers were vested in them by the Secretary to Ministry of Defence Eng Karunasena Hettiarachchi at the invitation of the project’s pioneering architect, Lieutenant General Crishanthe De Silva, Commander of the Army. 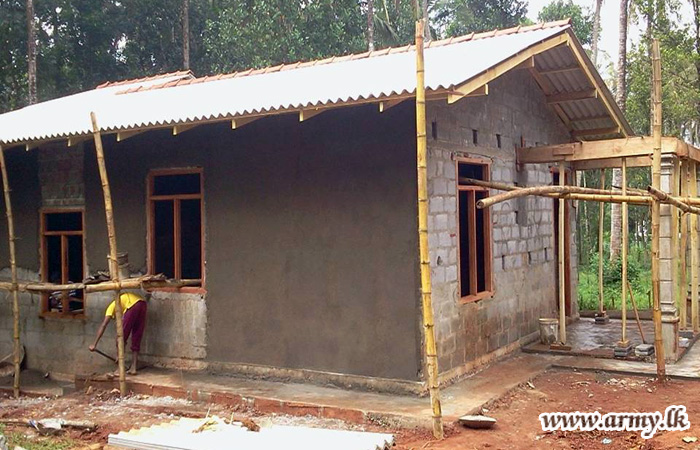 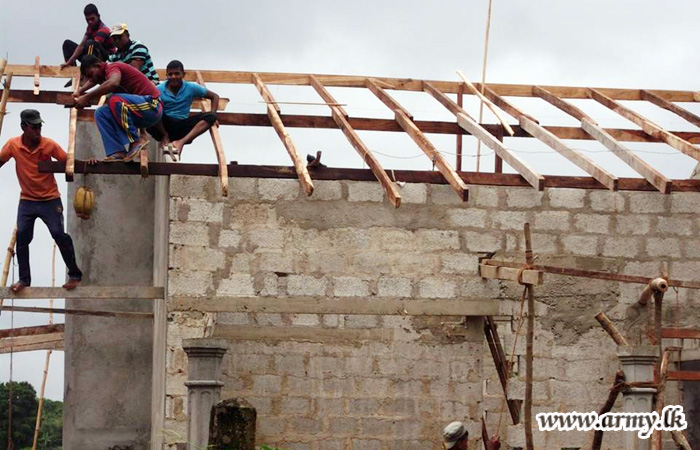 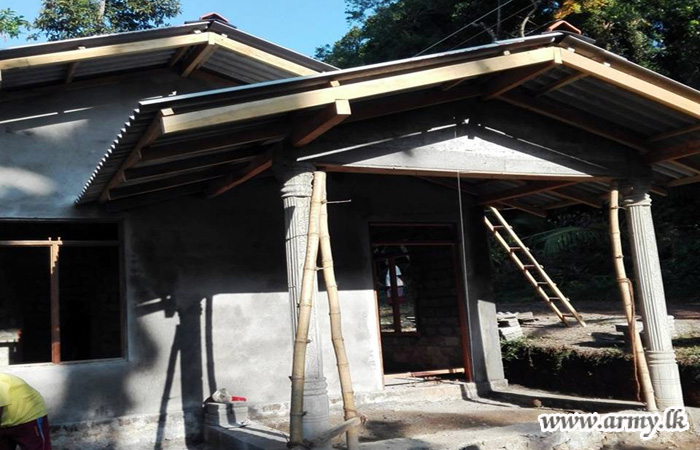 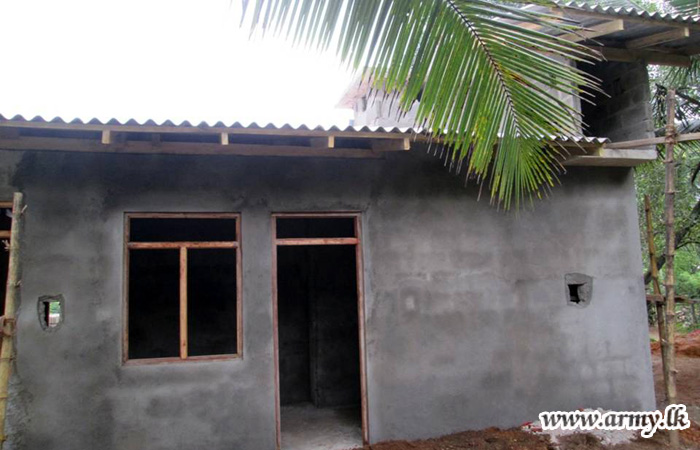 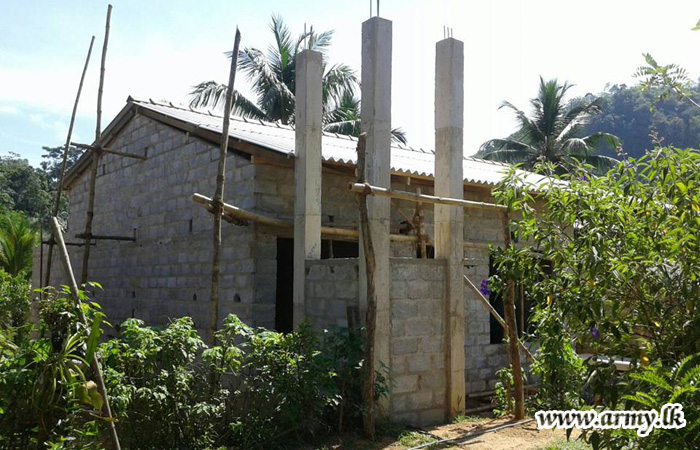 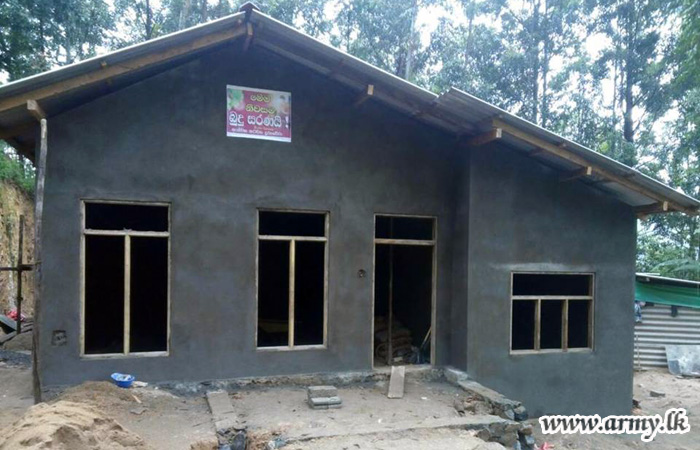 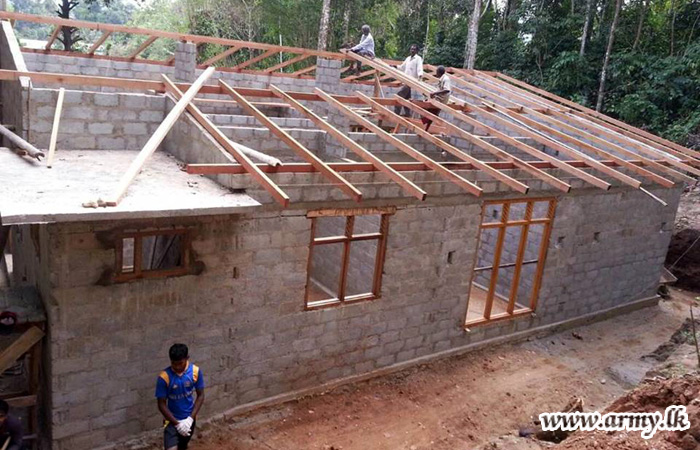 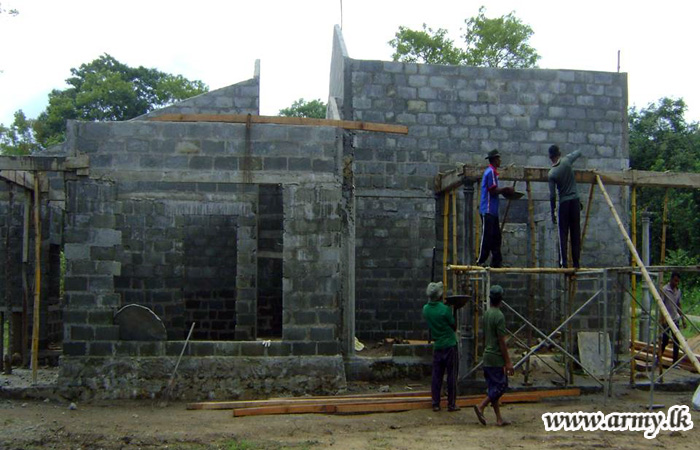