A high-level three-member military delegation from Defence Services Staff College (DSSC) in India called on Lieutenant General Shantha Kottegoda, Commander of the Army at his office on Wednesday (04) on a goodwill visit.

Lt General Kottegoda after his cordial meeting with them exchanged mementos to signify the occasion. 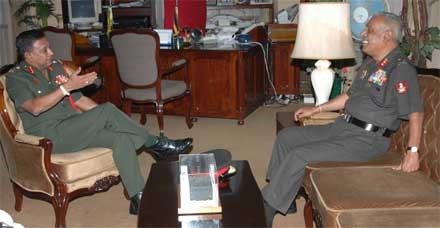