One of the Army-groomed exemplary Officers, Major General G Vijitha Ravipriya on the eve of his retirement after an unblemished service of more than three decades received accolades and appreciation from the acting Chief of Defence Staff and Commander of the Army, Lieutenant General Shavendra Silva when the former arrived at the Commander’s office this morning (13).

Lieutenant General Shavendra Silva commended Major General Ravipriya’s illustrious career, and also acknowledged the exemplary contribution he has made towards the growth of the Army and elimination of LTTE terrorism. After sharing a few thoughts with the retiring Major General Ravipriya, the Army Chief extended his best wishes for his future endeavours.

Towards the end, Lieutenant General Silva awarded a special memento to the retiree as a symbol of appreciation and commendation.

He held the office of the Commander Security Forces - Kilinochchi (SF-KLN) as his last appointment, prior to his retirement. 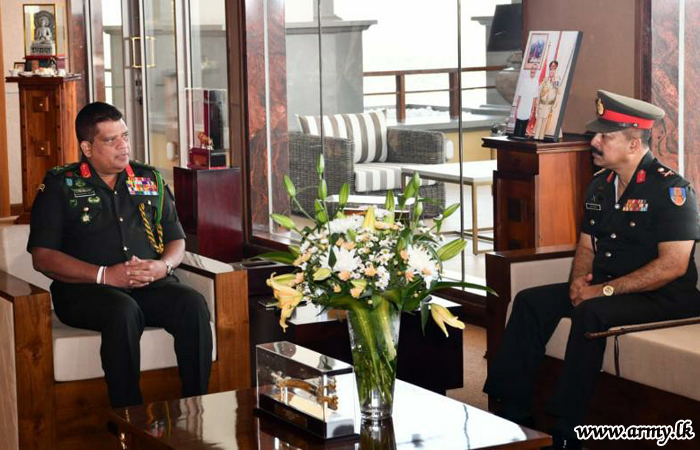 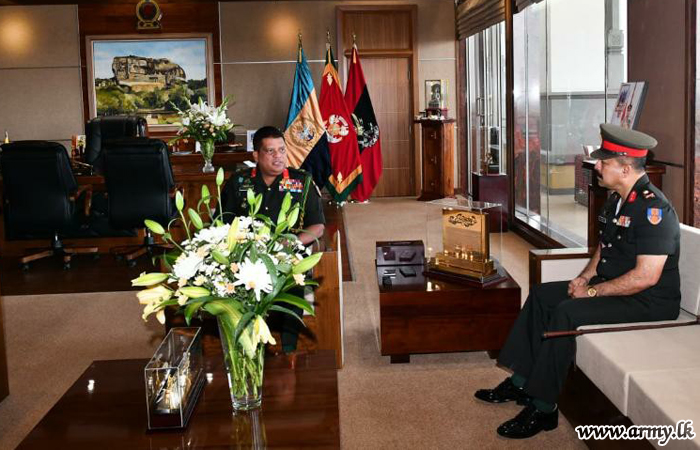 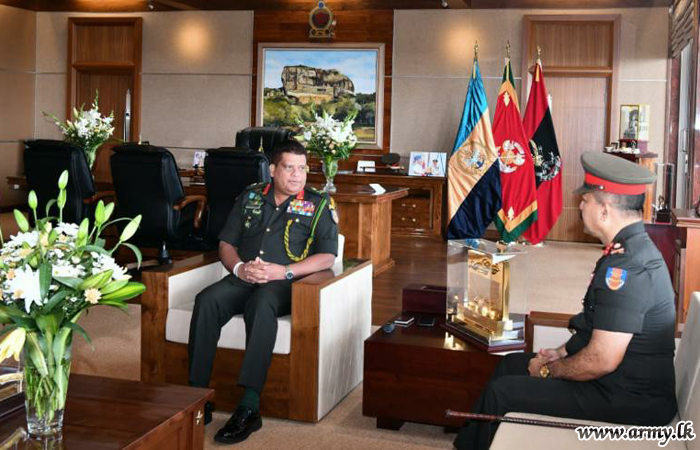 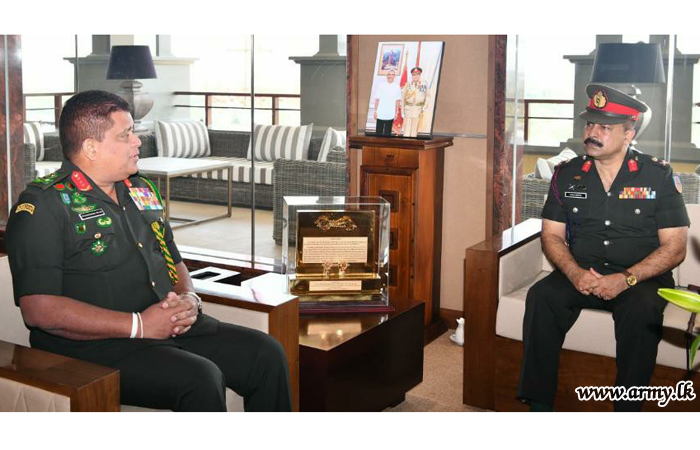 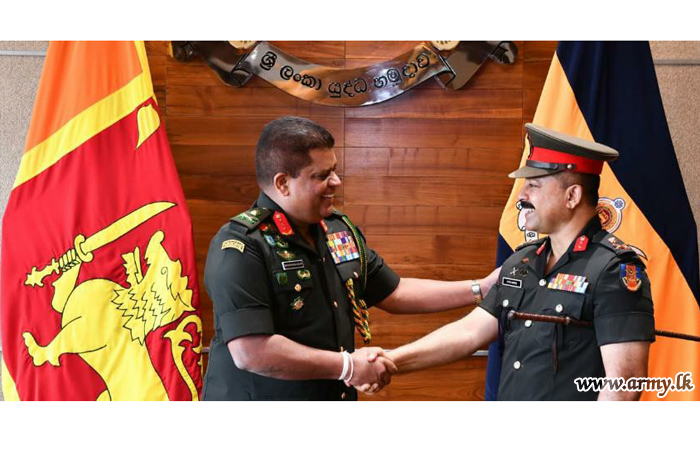