Extending a symbolic boost to the ongoing island-wide National Tree Planting campaign as directed by the government to all state institutions, Lieutenant General Crishanthe De Silva, Commander of the Army early this morning (9) symbolically kicked off the drive in the Army by planting a manago sapling at the 11 Division Headquarters, Pallekele, Kandy during a simple ceremony.

In the past two days, the Army formations across the country contributed to this national event by planting more than 15,000 saplings inside their premises. Here follow some of those reports:

All the Security Force Headquarters of the Army separately launched Tree Planting programmes at their respective areas on Friday (8) on the directions of the Commander of the Army, Lieutenant General Crishanthe De Silva to be in parallel with the government’s directive and the President’s first year in office.

The Security Force Headquarters-West (SFHQ-West) launched its programme, headed by Major General Sundantha Ranasinghe, Commander, SFHQ-West who planted a mango sapling symbolically at the SFHQ-West premises before Divisions, Brigades and other formations under the SFHQ-West commenced planting of saplings in their respective working places.

A total of 2000 tree saplings are to be planted across all the formations in the SFHQ-West including the Panagoda Army Cantonment during the campaign.

Meanwhile, the Security Force Headquarters-Central (SFHQ-C) to be in keeping with the Commander’s instructions conducted its Tree Planting programme at Kaluambathenna Army Farm area in Diyatalawa on the directions of Major General Sumedha Perera, Commander, SFHQ-C to coincide with the President’s first year in office.

Similarly, the Security Force Headquarters-Jaffna too conducted its tree planting programme on the directions of Major General Nandana Udawatta, Commander, SFHQ-J at the SFHQ-J premises. A total of 300 tree saplings were planted this morning (8) in all the formations under the SFHQ-J.

Brigadier D.S. Weeraman, Brigadier General Staff, SFHQ-J symbolically planted the first saplings before other formations went ahead with the project.

In the meantime, another tree planting programme was held at the Security Force Headquarters-Kilinochchi (SFHQ-KLN) premises to coincide with the same event on Friday (8).

Major General Amal Karunasekara, Commander, SFHQ-KLN planted the first tree sapling and began the event where all Divisions and Brigades were expected to plant about 500 saplings in all their formations.

On the directions of Major General Boniface Perera, Commander, Security Force Headquarters-Wanni (SFHQ-W) in the meantime launched their own tree planting campaign, beginning from the SFHQ-W premises. Inside the SFHQ-W, 30 guava saplings were planted by the organizers to coincide with the event.

Around the same time, officers and other ranks in all Divisions and Brigades under the SFHQ-W joined the National Tree Planting Campaign with their own planting programmes. 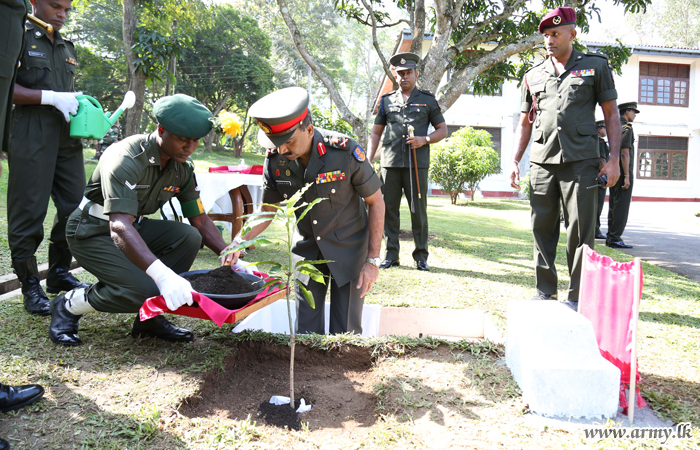 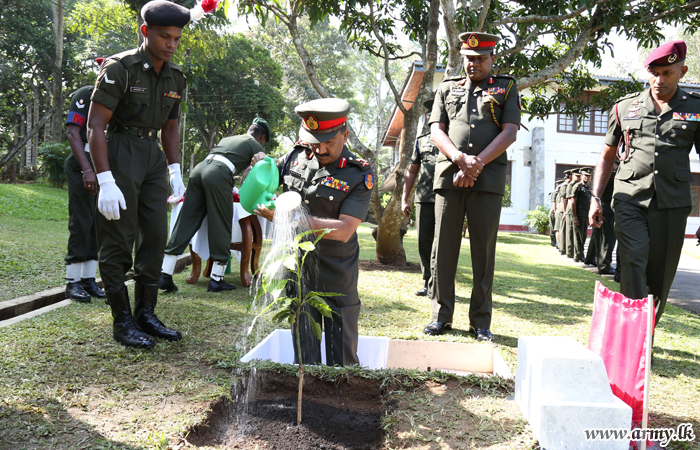