Commander Lt. Gen Kottegoda talks to his men in Jaffna

Lieutenant General S.H.S.Kottegoda, Commander of the Army on his first official tour to Jaffna during this weekend after his recent assumption of office met a cross section of the Army troops deployed in the peninsula and shared his thoughts with them.

Major General S. D Tennakoon, the newly-appointed Commander, Security Forces Headquarters, Jaffna received his Chief Lt. Gen. Kottegoda at the Palaly airport and accompanied him to the Headquarters office where the 4th Regiment, Sri Lanka Light Infantry accorded him a Guard of Honour. To remain reminiscent of his visit, the Army Commander planted a mango sapling in the premises and left his signature in the Visitors' Book before he was presented a memento by Major General S. D Tennakoon.

Lt. Gen Kottegoda paid visits to 51,52, 53, 55 Security Divisions, including Thanankilappu, Muhamalai and Nagarkovil. During his stay with them, he briefly addressed the troops deployed under 521 Brigade at Chavakachcheri, 9 Gemunu Watch at Muhamalai, 1 Gemunu Watch at Nagarkovil and 513 Brigade at Uduvil. To coincide with the visit, he was accorded Guard Turn-outs at 51, 52, 53, 55, Divisions before he spoke to troops serving those areas.

Lt Gen Kottegoda, showing his concern for fellow-soldiers extended his goodwill to the soldiers undergoing medical treatment at the Military hospital, Palaly where he inquired into medical facilities available there. Towards the last lap of the tour, the Commander toured the Northern Headquarters, Sri Lanka Navy before he left for Colombo. 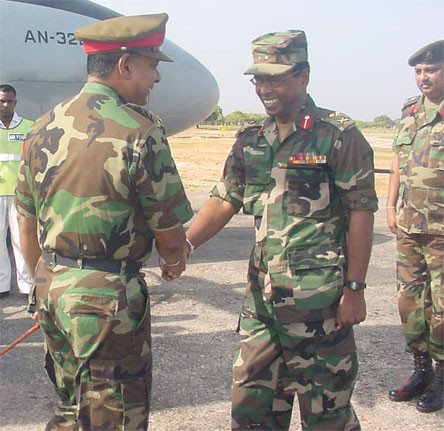 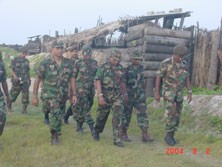 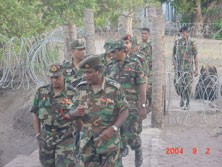 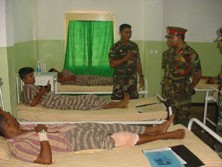 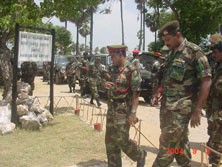 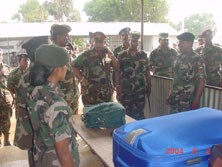 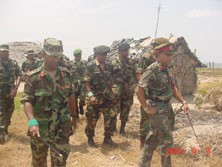 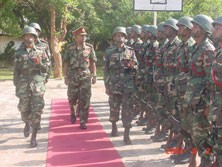 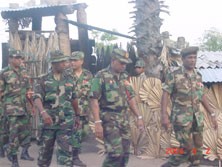 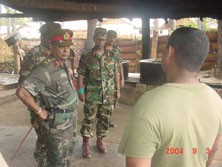