The auspicious harvesting of paddy, sown in a stretch of 12 acres of fields near the Sri Jayawardenepura Army Headquarters occurred this morning (16) during a ceremony, where the Commander of the Army, Lieutenant General Vikum Liyanage, graced as the Chief Guest for the ‘Ran Aswanu Neleeme Mangallaya’.

The Army Headquarters several months ago under the Army-initiated ‘Thuru Mithuru-Nawa Ratak’ crop cultivation drive ploughed those unattended fields and marshy lands before they were converted to be suitable for paddy cultivation during the past ‘Maha’ season.

‘Thuru Mithuru - Nawa Ratak’ project saw its birth on 30 December 2019 with the inauguration of planting of 170 Araliya (temple trees) saplings along both sideways of the road that runs through the new Army HQ under the Phase - 1 of the project covering a distance of about 1.7 km.

The Phase - 2 of the project began on 14 January 2020 by ploughing this 12-acre patch of unattended marshy fields, found ideal for paddy sowing and also by planting 140 more saplings of Mee, Kobonila, Karanda, etc along the same road. Troops with the help of heavy machinery turned the arid soil, dug a reservoir that collects rainy water, prepared waterways and beds for seedlings before the rare BG 366 red Samba seed paddy was sown to match with the season.

During the Phase - 3 of the same project, installation of several community-related Physical Training accessories in four places, planting of 100 coconut seedlings, release of 20,000 fingerlings to the Army-dug reservoir and beautification of the entire patch of landscape took place while inaugurating walk-path facilities to the public.

The day’s ‘Ran Aswanu Neleeme Mangallaya’ aka the harvesting arrangement began with traditional religious rites and rituals before a set of soldiers who sowed seed paddy several months ago stepped in the fields, carrying sickles along with the day’s Chief Guest, Lieutenant General Vikum Liyanage.

The entire project, carried out under three Phases was closely organised and implemented by the Master General Ordnance (MGO) and supported by the Adjutant General Branch at the Army HQ with the active participation of troops of the Sri Lanka Army Corps of Agriculture and Livestock (SLACAL) on the guidelines given by the Directorate of Agriculture and Livestock of the Army and its respective Commanding Officers. 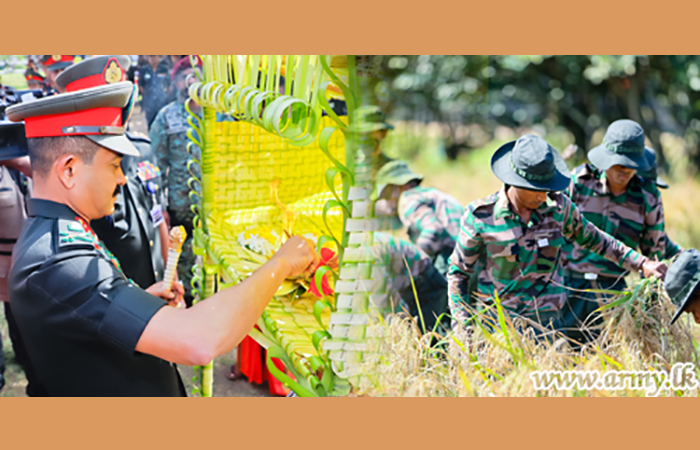 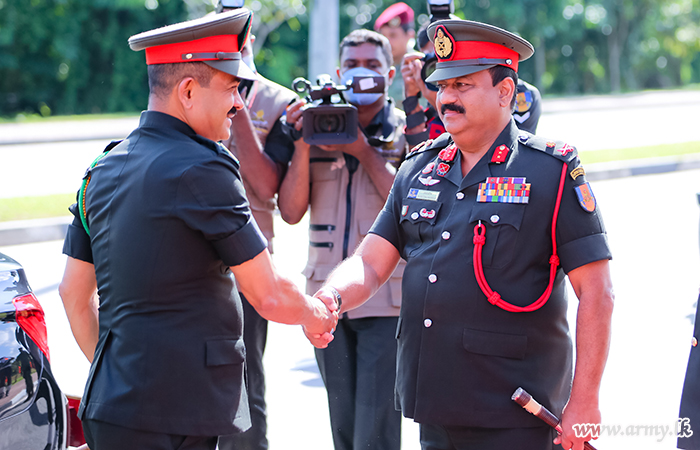 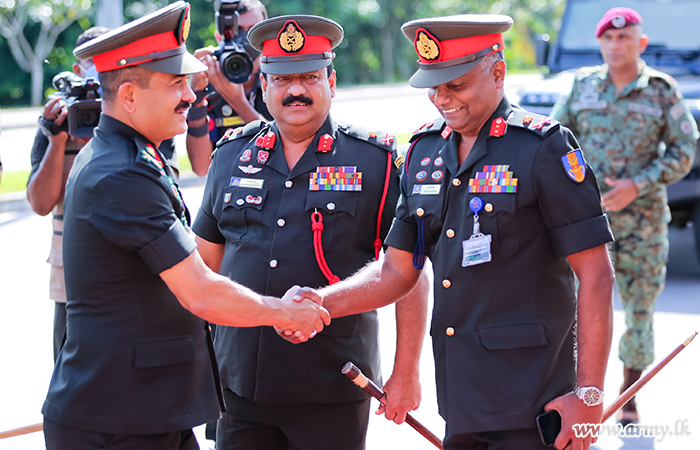 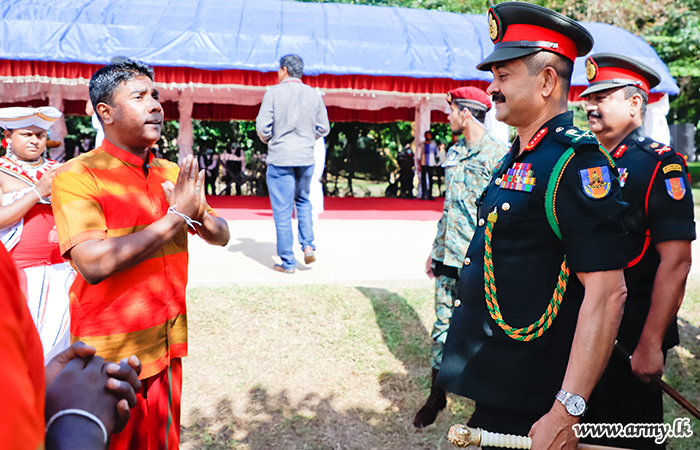 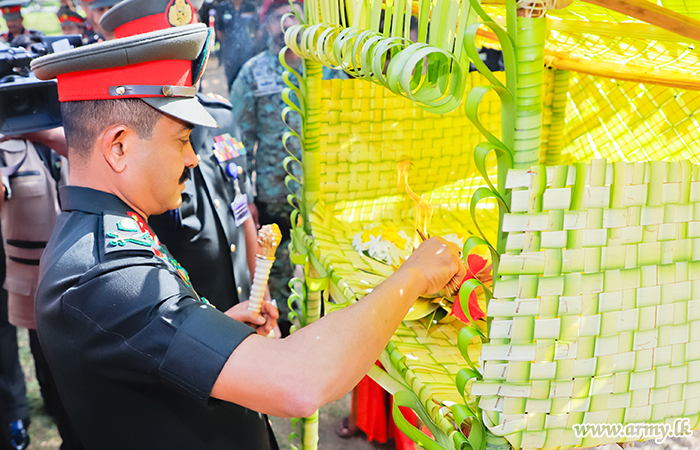 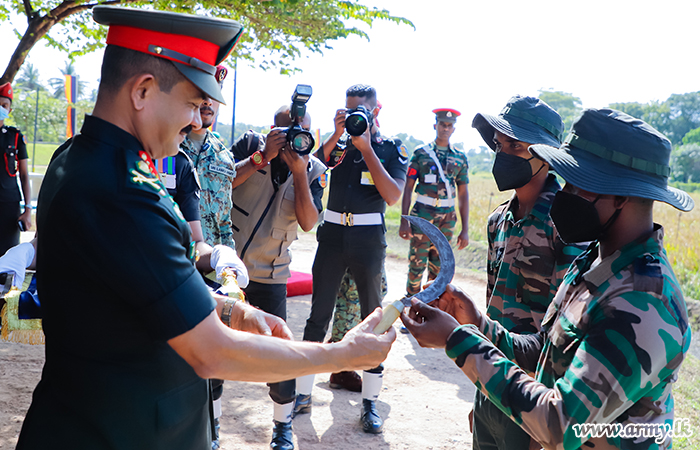 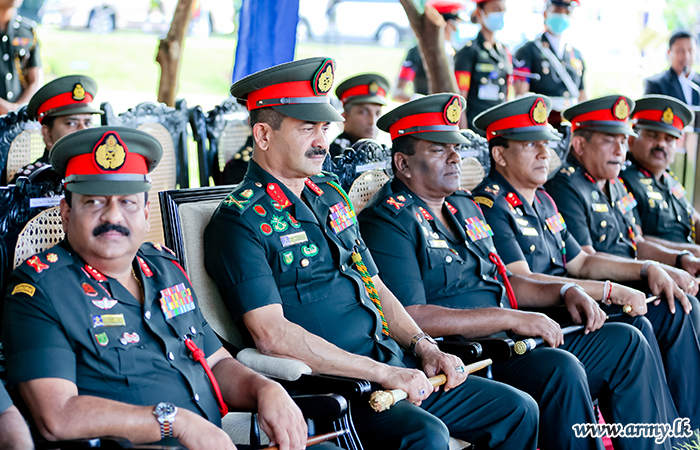 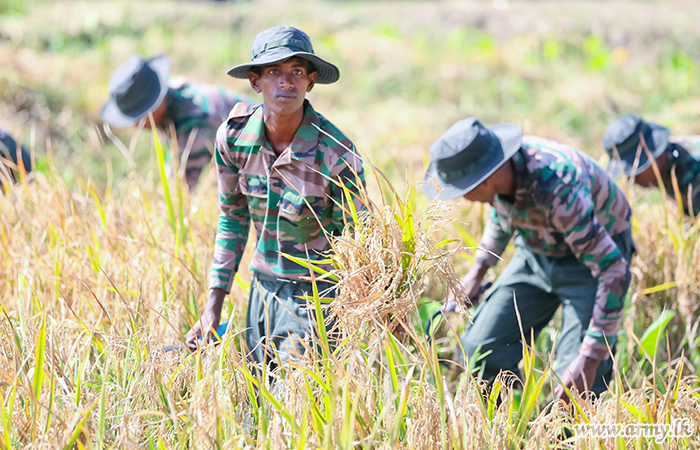 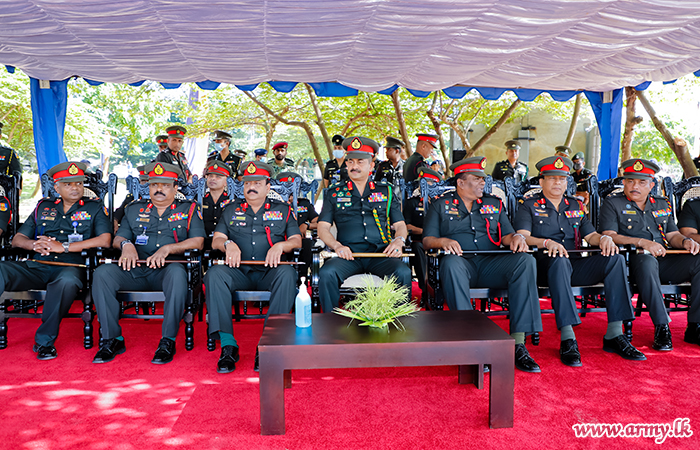 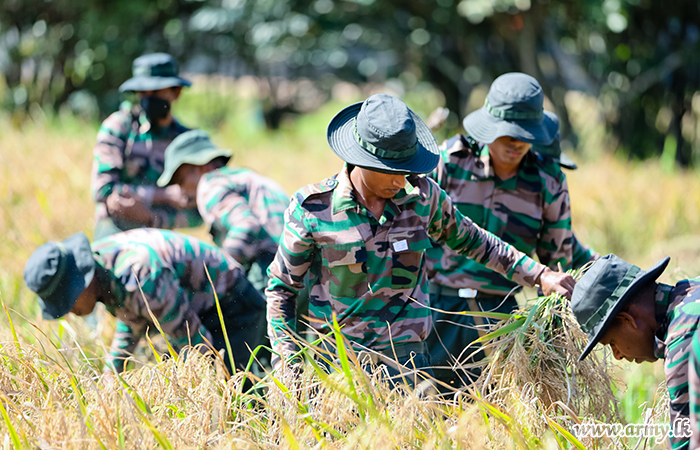 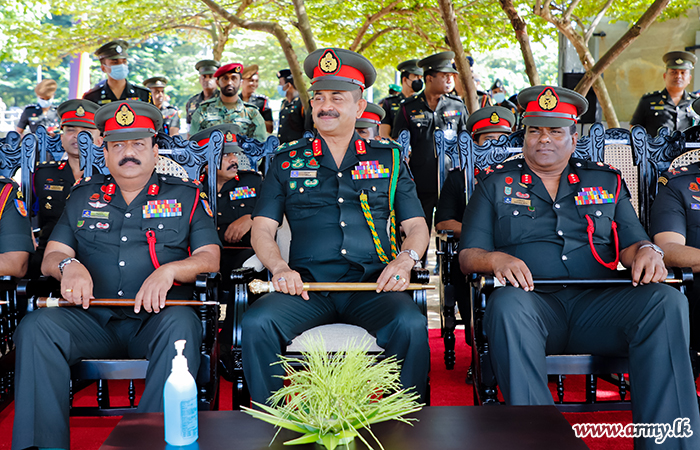 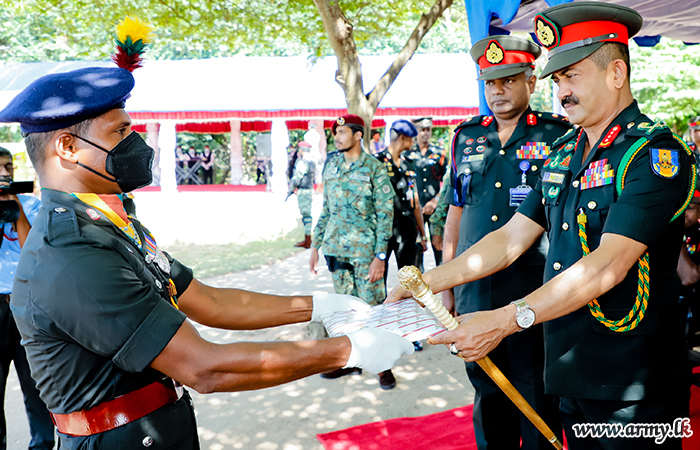 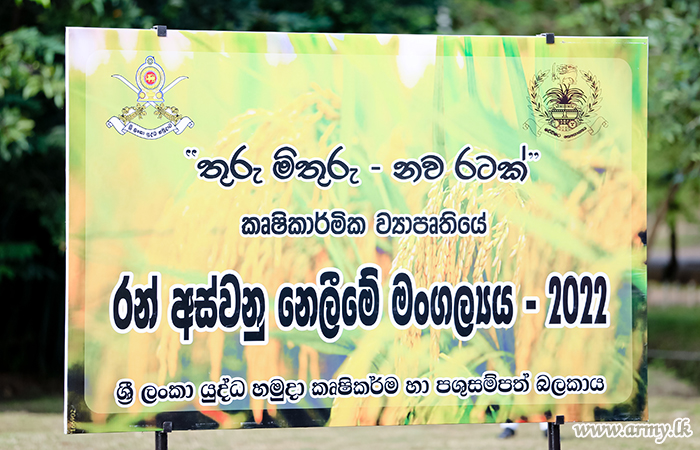