Commander in Jaffna Joins Distribution of Pushbikes to Needy Students

The Security Force Headquarters - Jaffna (SFHQ-J) in parallel with the Commander's first visit to the SFHQ-J extended its helping hand once again to needy students in Jaffna by distributing one more stock of new push bicycles and saplings of economic and domestic value among them during a brief ceremony, held at the SFHQ-J on Saturday (21) .

At the request of Major General Ruwan Wanigasooriya, Commander, Security Forces - Jaffna, the visiting Commander of the Army graced the event as the Chief Guest.

The supply of those push bicycles, an economic relief to those families, resident in remote areas would stimulate the students' knack for studies since transport facilities have posed a major setback to their passage to schools from far remote areas.

Lieutenant General Shavendra Silva, Commander of the Army in a brief address to the occasion stated that the people-friendly Security Forces are round the clock prepared to help the community they serve in whatever the way possible in order to uplift their living conditions and assist affected students in the peninsula since they are our future.

Parents accompanying those beneficiaries on the same occasion received jak, coconut, bread fruit, etc saplings from the day's Chief Guest as a part of the SFHQ-J’s ongoing tree-planting drive in the peninsula.

It is noteworthy to mention that the SFHQ-J has been able to distribute more than 400 bicycles to deserving students in the Jaffna peninsula during the last one year, through goodwill and generosity, extended by local and expatriate well-wishers.

Towards the end of the programme, the Commander spoke to a section of the civil community and shared a couple of views with them.

Several Senior Officers were present during the brief distributing ceremony. 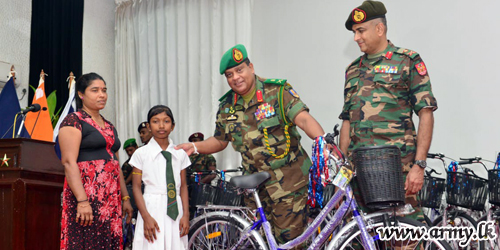 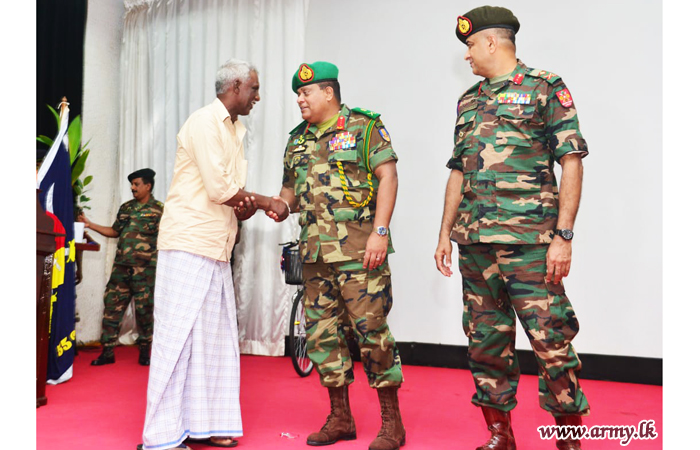 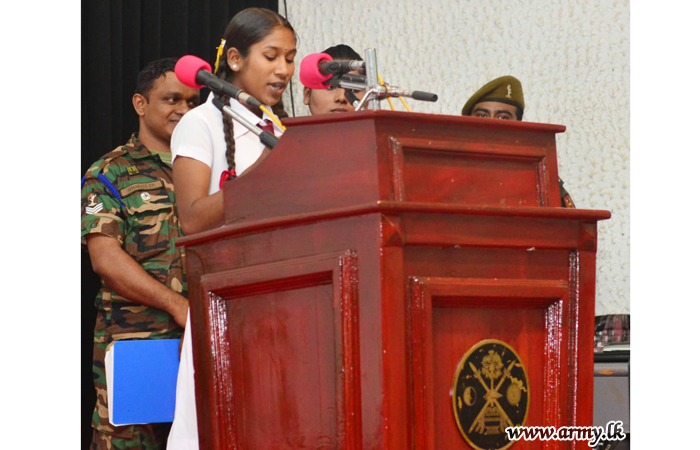 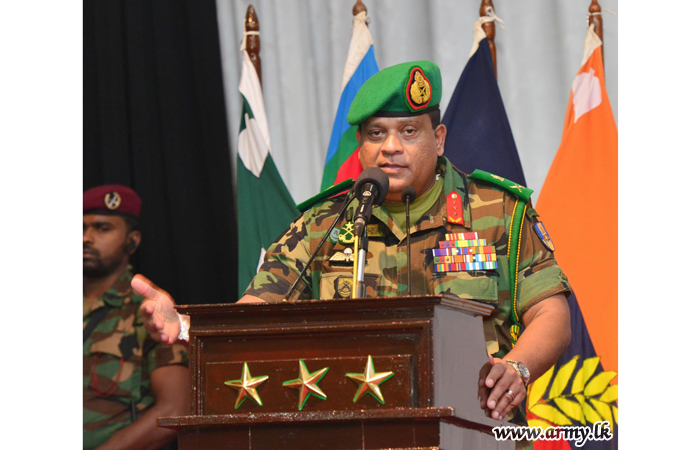 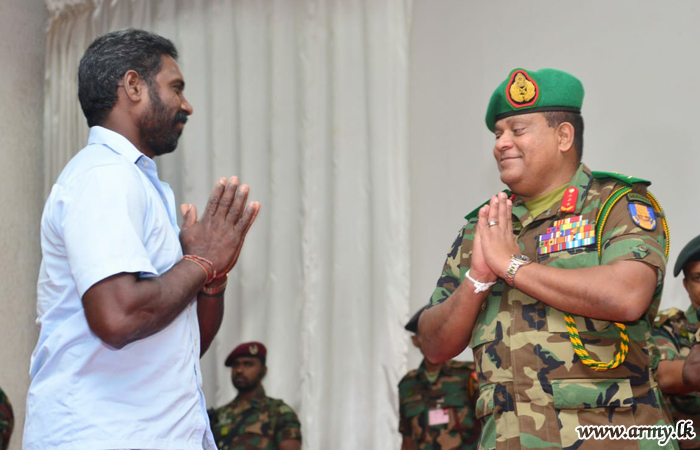 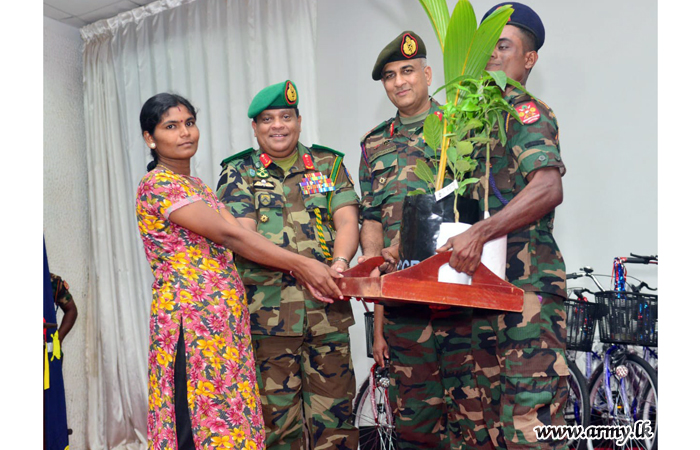 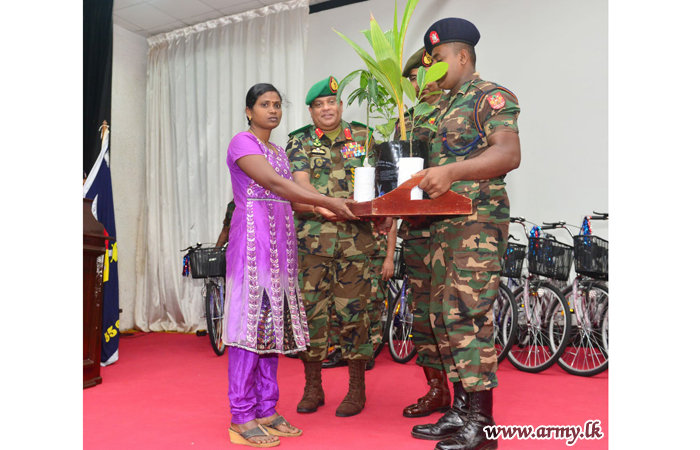 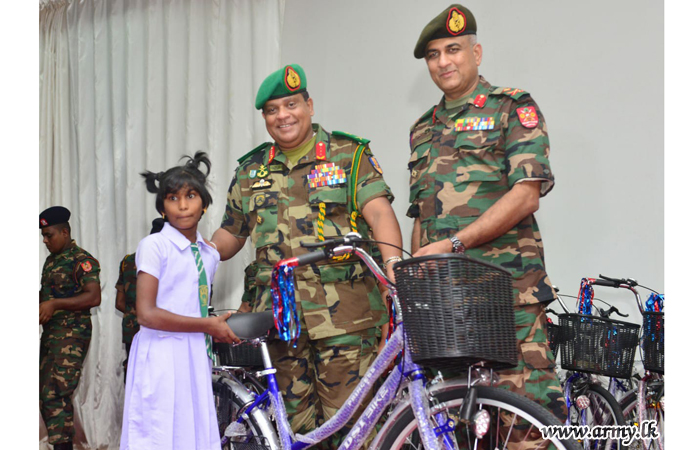 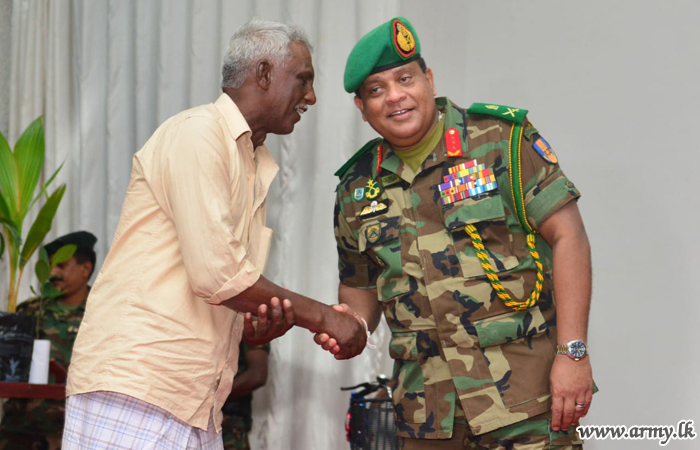 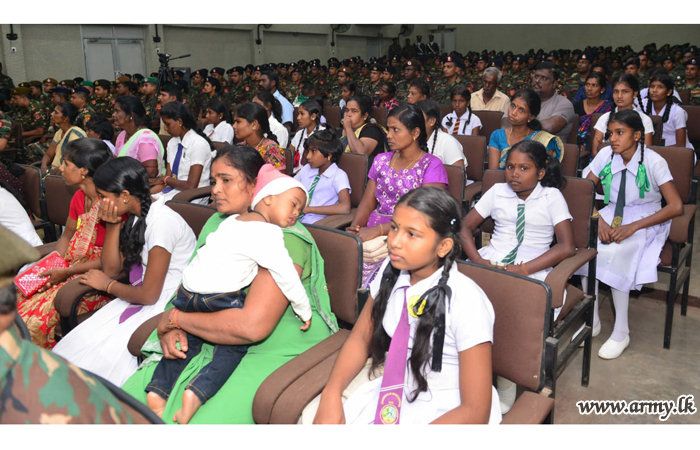 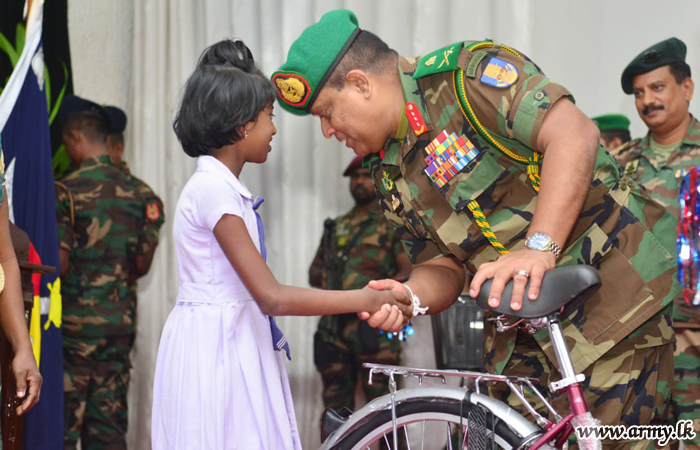 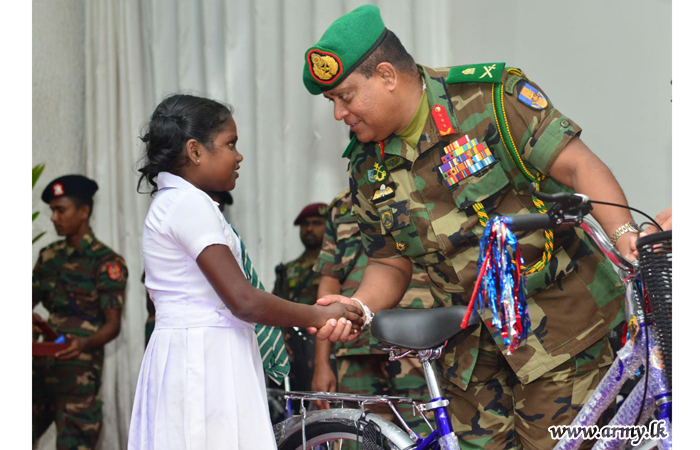