Major General Kumara Jayapathirana who just relinquished the office of the Commander, Security Forces - Central on the eve of his retirement from the Army was invited to the office of the Chief of Defence Staff and Commander of the Army, General Shavendra Silva on Wednesday (24) where the latter commended and spoke high of his integrity and dedicated service to the Army for more than three decades.

Major General Kumara Jayapathirana, one of the proud and outstanding soldiers, produced by the Gemunu Watch (GW) Regiment during the farewell meeting with his guiding Chief shared a few thoughts and unforgettable memories during humanitarian operations against brutal LTTE terrorism.

Major General Kumara Jayapathirana who has served a number of key appointments in the Army and the GW in particular has served the offices of the General Officer Commanding, 21 Division, Commander of 592 Brigade, 522 Brigade and 233 Brigade. 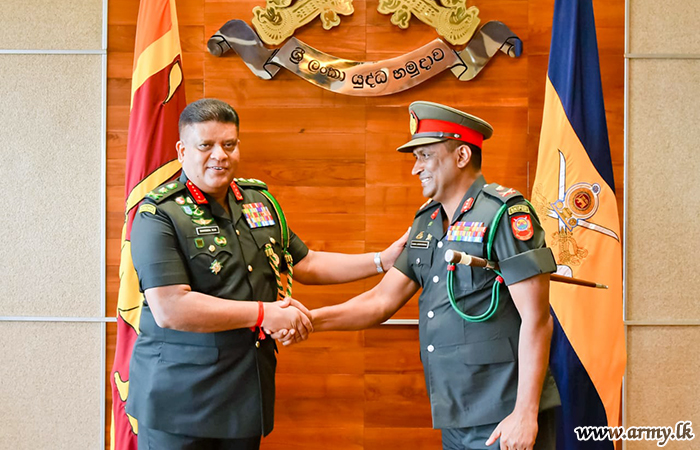 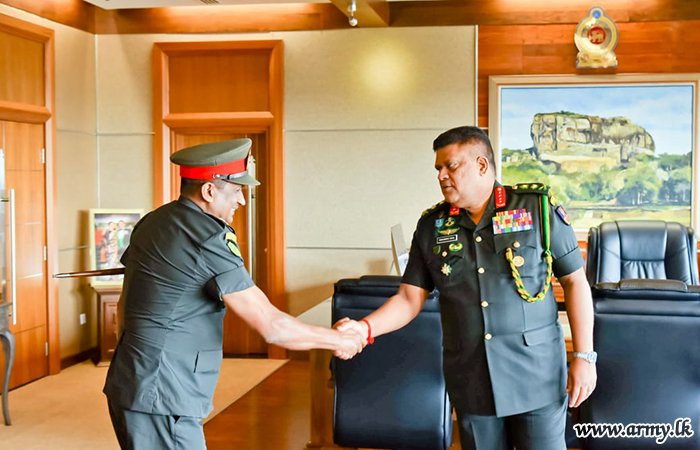 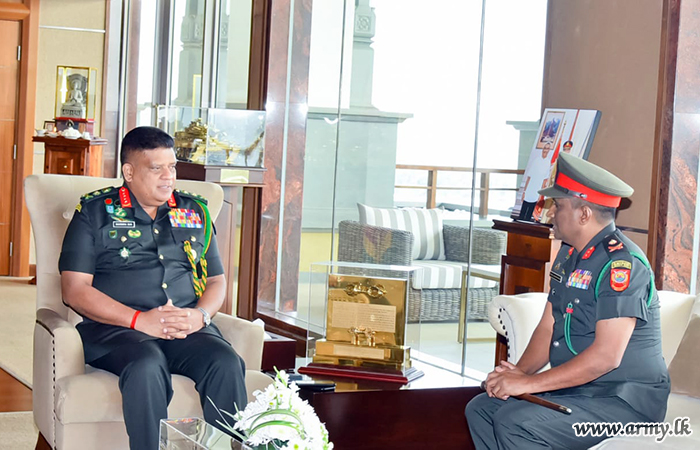 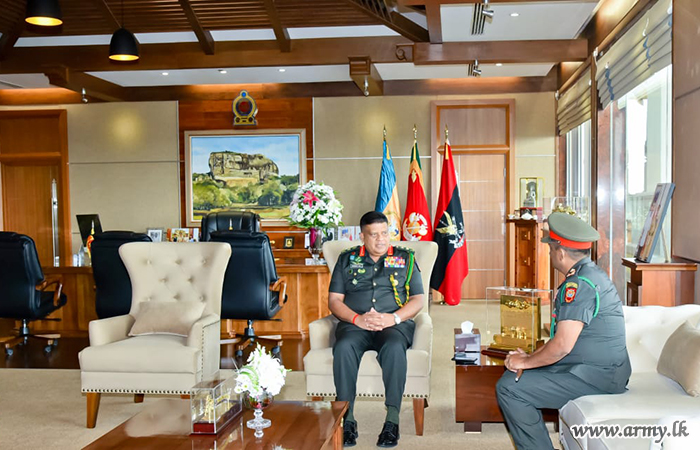 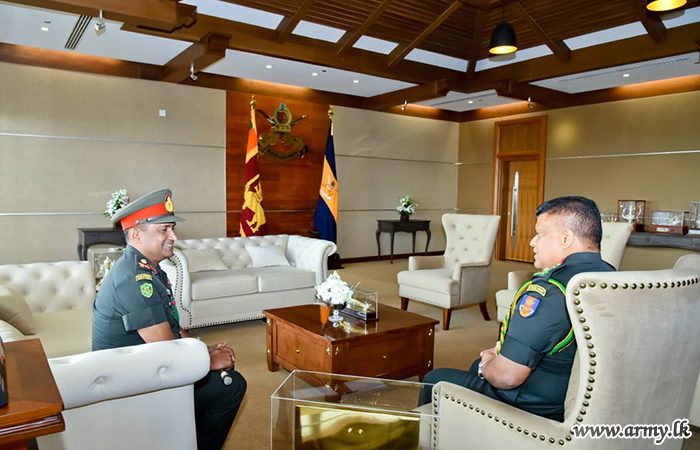 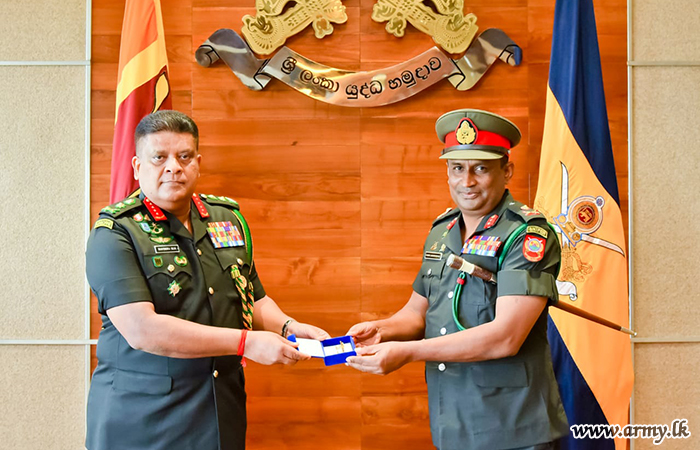 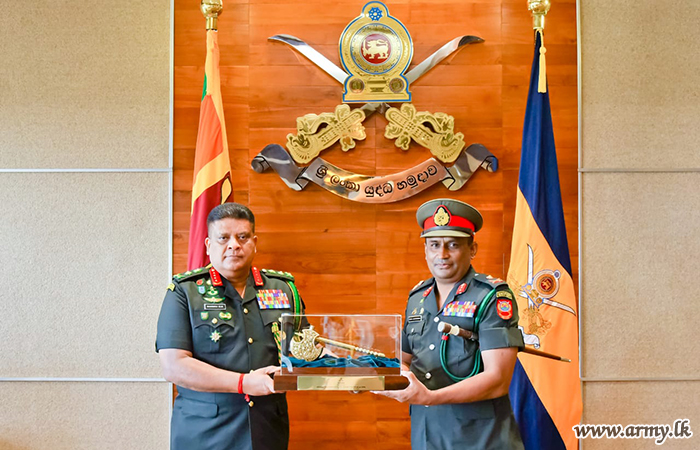 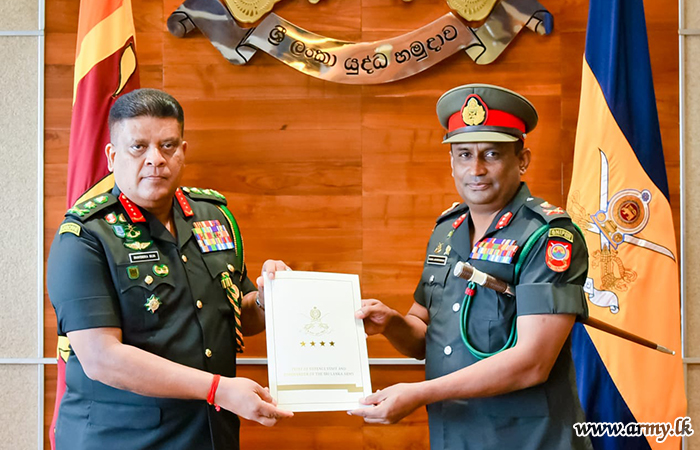 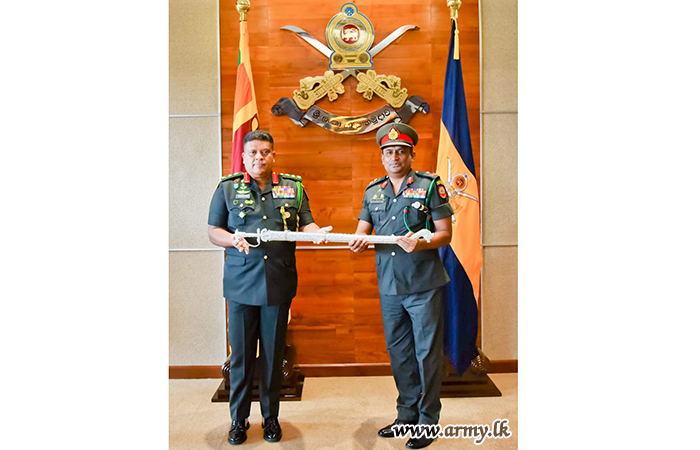