The Army's Sri Lanka Electrical and Mechanical Engineers (SLEME) Regiment-groomed one more proud soldier, Major General Duminda Sirinaga, Deputy Chief of Staff (DCOS) on the eve of his retirement from the Army received accolades and appreciation from the Chief of Defence Staff and Commander of the Army, General Shavendra Silva after he was invited to his office at the AHQ on Thursday (6).

General Shavendra Silva commended his service of more than three decades during the brief interaction and shared thoughts with the retiring Major General Duminda Sirinaga who has served a number of key appointments in the Army and the SLEME Regiment in particular. 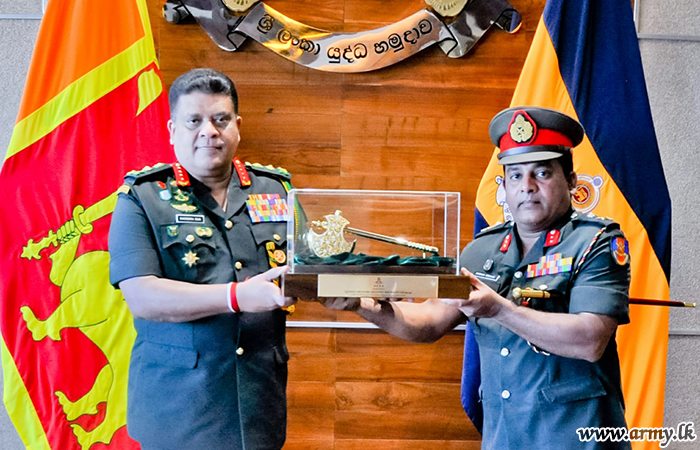 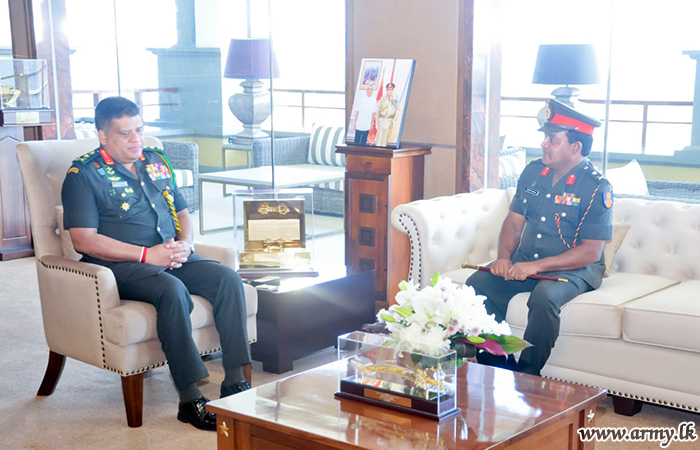 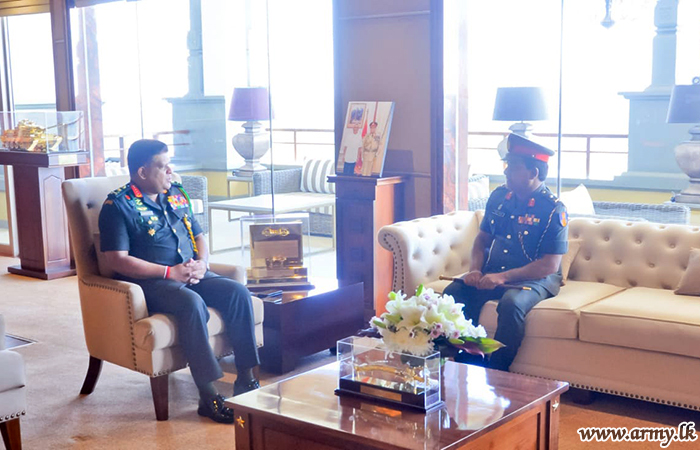 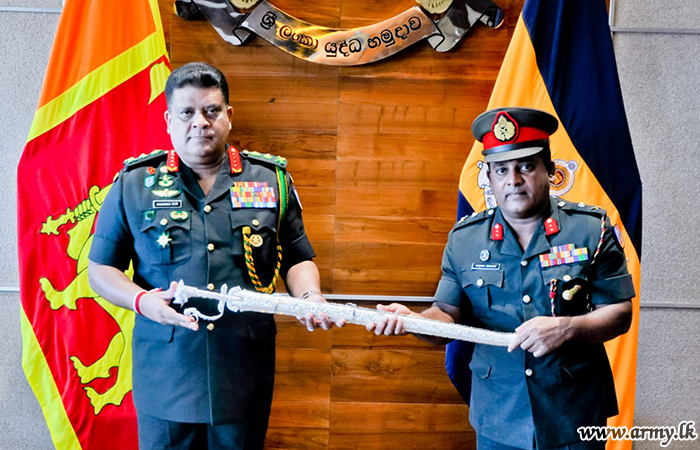 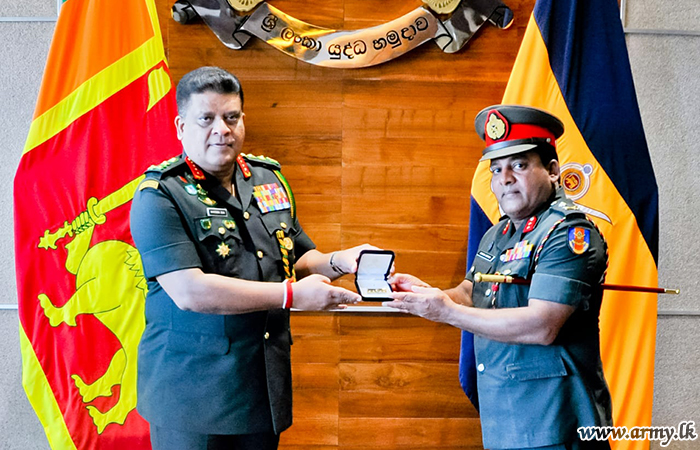 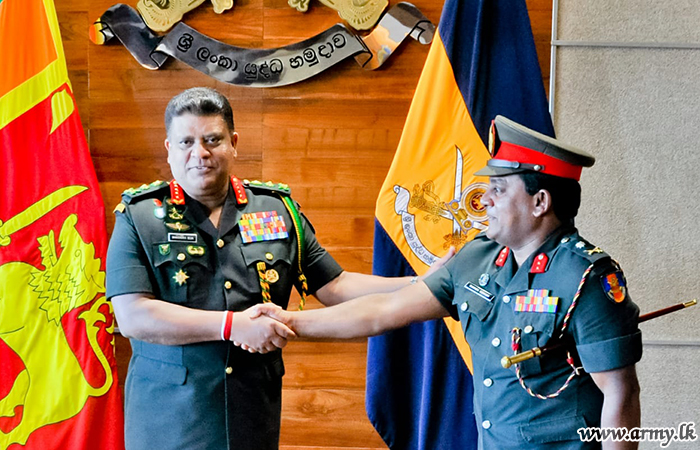