General Shavendra Silva, Chief of Defence Staff and Commander of the Army on Monday (5) invited one of the battle-hardened Keterians of the Gajaba Regiment (GR), Major General Ranjan Lamahewage, Commander, Security Forces-Central who is about to retire from the Army to the Commander's office and commended him for his over three-decade long service to the organization.

Major General Ranjan Lamahewage as a war veteran in the sphere of infantry actively took part in ferocious operations against terrorists and actively contributed to the successful completion of the war for peace before May 2009. Participating in military operations, such as Riviresa, Balawegaya, Thrivida Balaya, the retiring Senior Officer fearlessly displayed his bravery and gave necessary leadership to his troops as the humanitarian operations were underway to win over terrorism in the Wanni. He also served various appointments during the height of battles against LTTE terrorists while closely liaising with other advancing columns as one of the proud sons, groomed by the Gajaba Regiment (GR),

General Shavendra Silva during the brief interaction refreshed memories and shared a few thoughts with the retiring Major General Ranjan Lamahewage who has served a number of key appointments in the Army and the GR in particular. He has been holding the office of Colonel of the Regiment, Sri Lanka National Guard (SLNG) up until this date. He held the appointments, such as Commandant Regimental Headquarters Gajaba Regiment, Commander 141 and 581 Brigades, Commandant Combat Training School - Ampara Overall Security Coordinator Army Headquarters and General Officer Commanding 14 Division, etc before he was appointed the Central Commander in the year 2021.

The Army Chief gratefully acknowledged the dedicated service, commitment and untiring sacrifices he has hitherto made, and expressed his gratitude for his role as the Commander, Security Forces -Central of late during which he performed a praiseworthy service. During the cordial meet, they both recalled noteworthy battlefield memories and remembered some of their battlefield colleagues with respect and the hardships they encountered in achieving set targets.

The retiring Senior Officer also thanked the Commander of the Army for his wishes and the thoughtfulness while mentioning about the encouragement he received from the Army Chief in the performance of his duties. Towards the end of the interaction, General Shavendra Silva awarded a special memento to the retiree as a symbol of appreciation and commendation. The gesture was reciprocated. 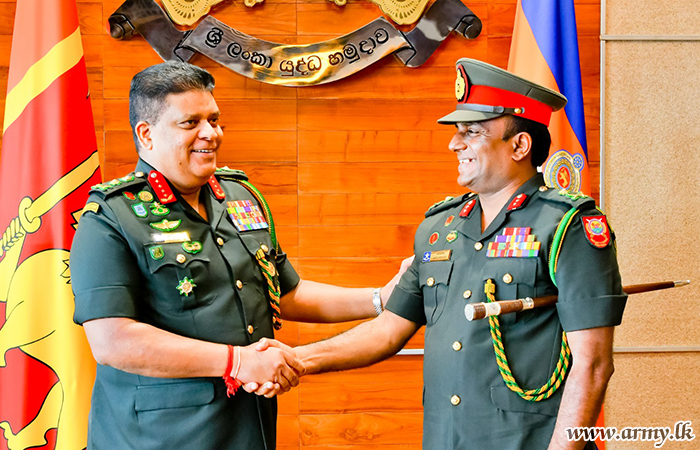 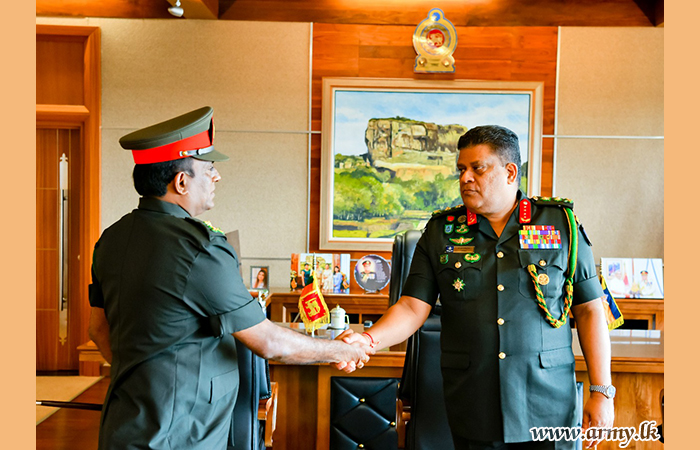 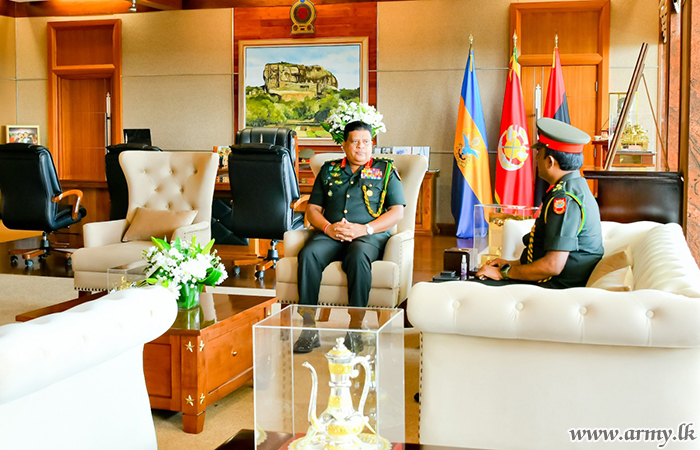 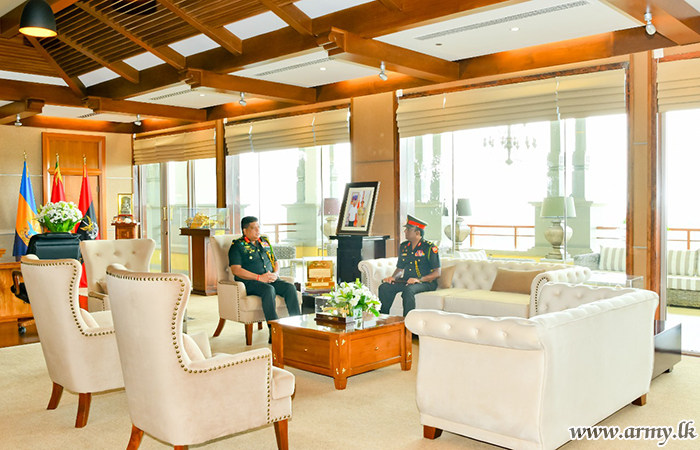 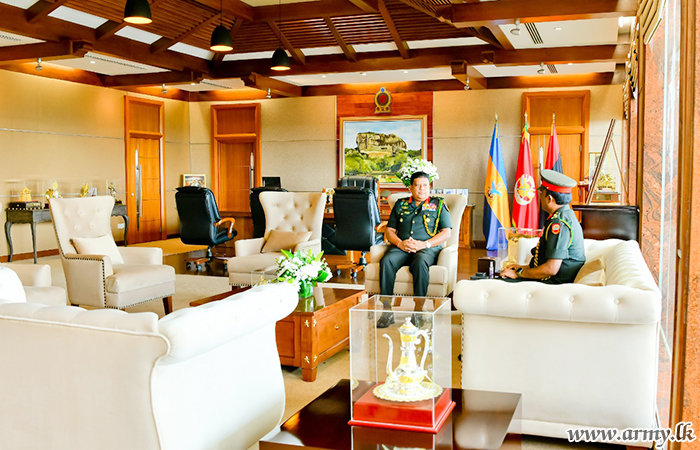 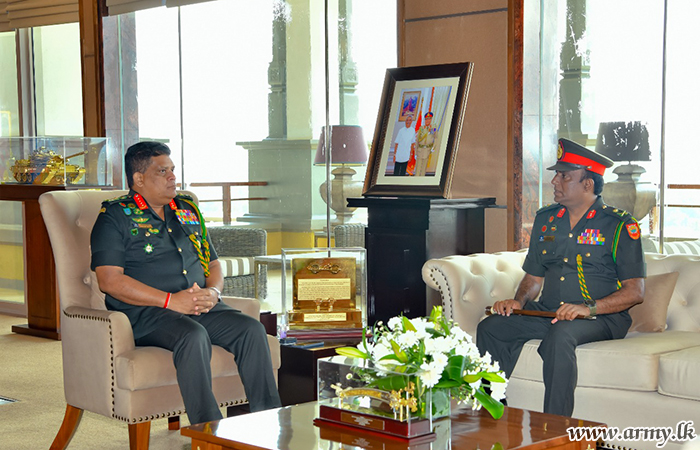 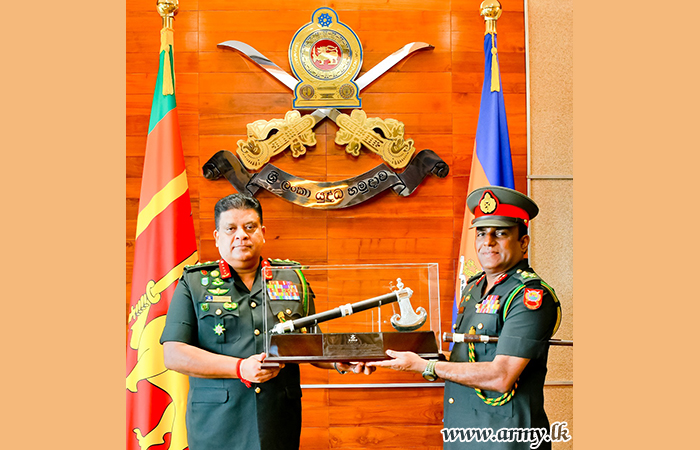 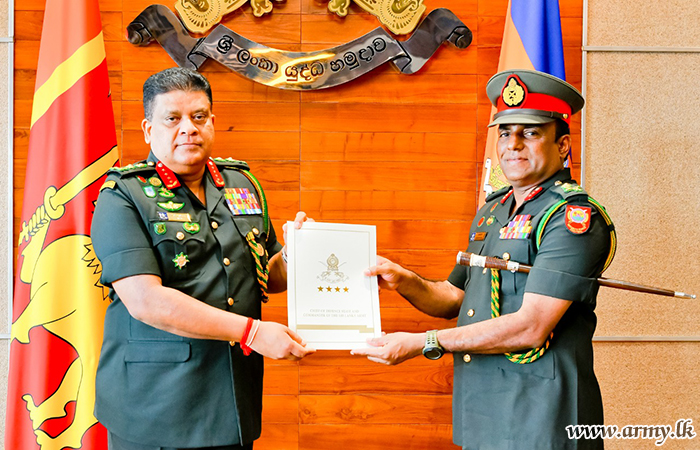 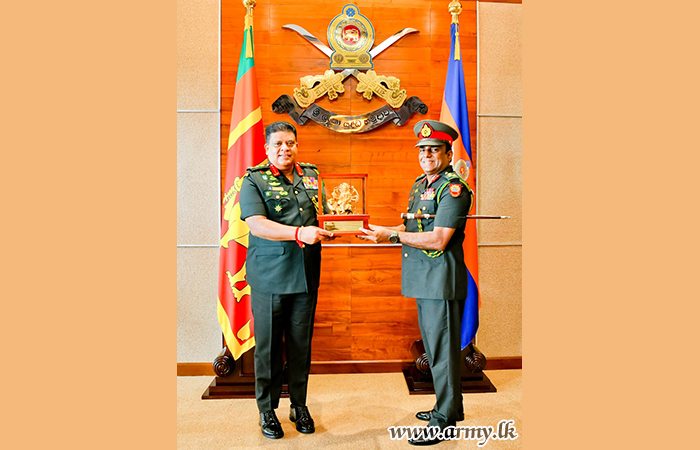