Sergeant H.G Palitha Bandara and Corporal Y.D.I Kumara of the Army who won Silver and Bronze medals respectively in the recent 'Commonwealth Games - 2022' in the Para Discus Throw event (F42-44/61-64 category) and the 55 kg weightlifting category were invited this afternoon (24) to the Commander's office by Lieutenant General Vikum Liyanage, Commander of the Army where they were awarded cash incentives.

Lieutenant General Vikum Liyanage during the interactive meeting with those achievers lent best wishes, commended their achievements and spoke highly of their sports skills and performances in this international event and further assured them of continued assistance for the promotion of their athletic talents and instructed to promote Staff Sergeant Upun Abeykoon to his next rank.

In a similar vein, the Commander appreciated their achievements and awarded them cash cheques to the value of Rs 375,000/= and Rs 500,000/= to Sergeant H.G Palitha Bandara and Corporal Y.D.I Kumara respectively as incentives for their future training prospects.

Brigadier Naleen Bandaranayake, Director, Directorate of Sports and Colonel Sri Rajapaksha, Military Assistant were associated with the meeting at the Commander’s Office. 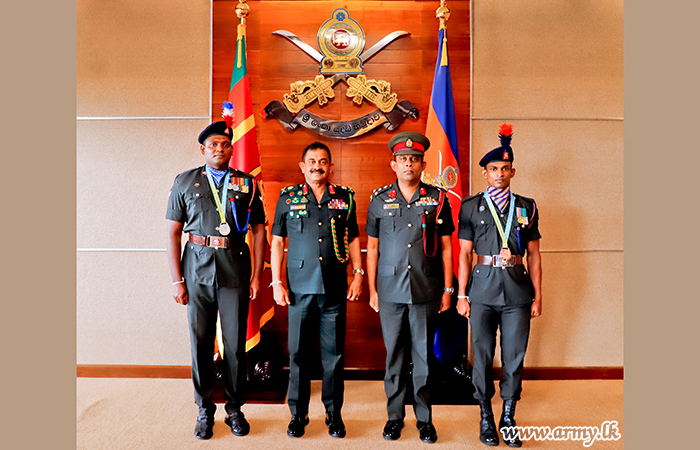 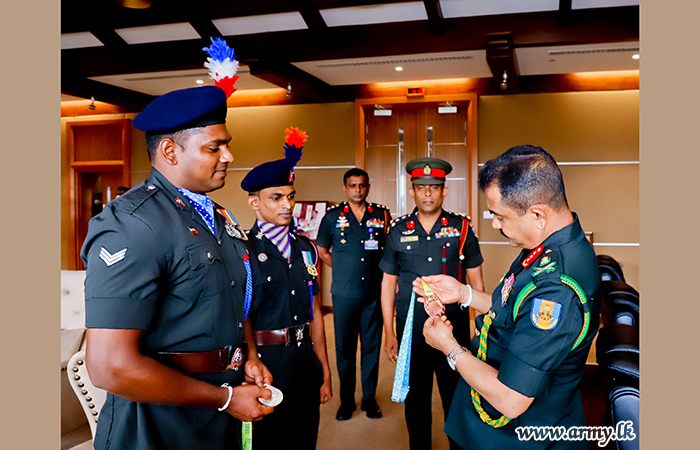 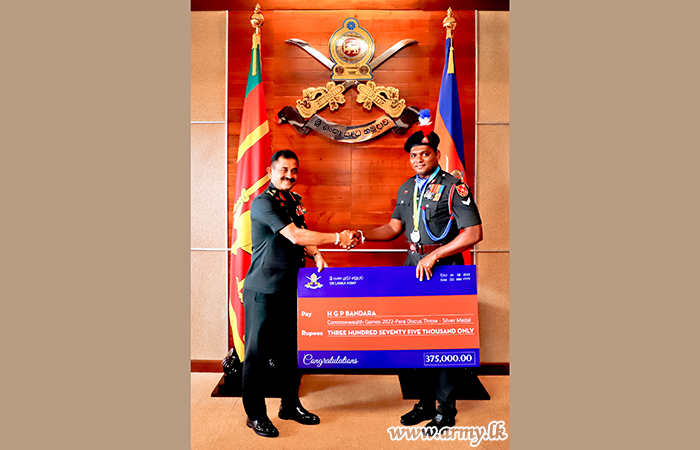 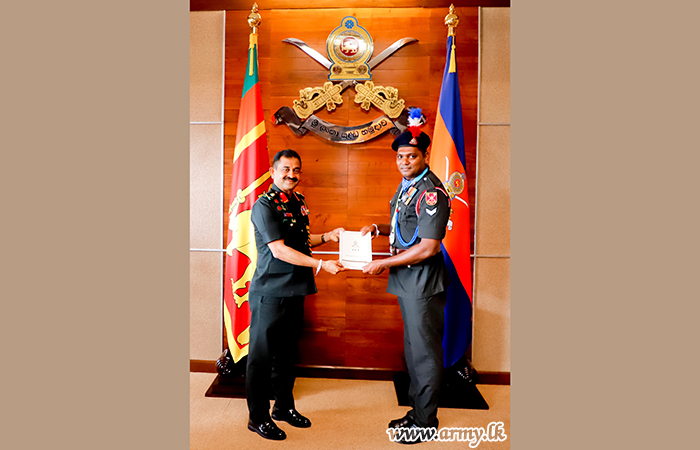 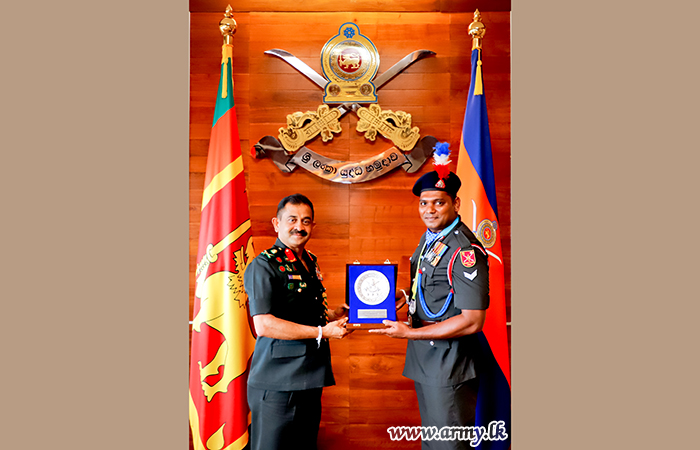 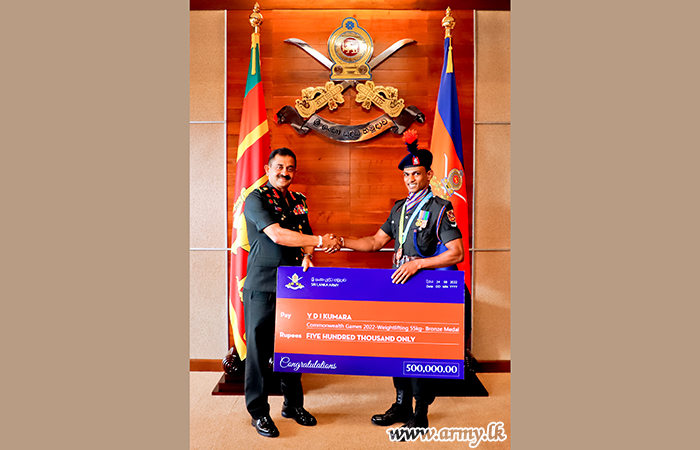 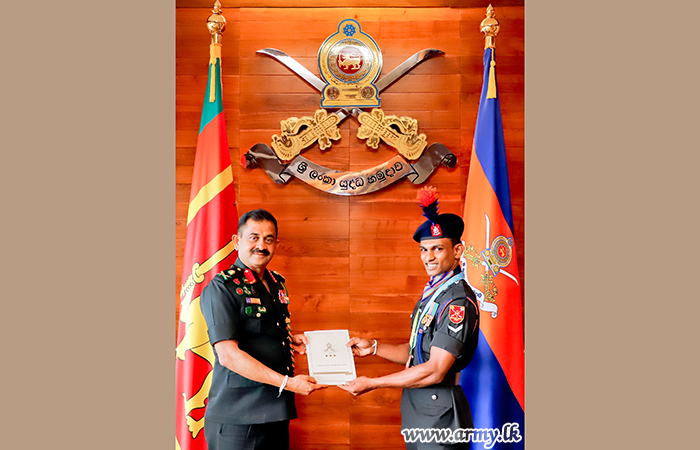 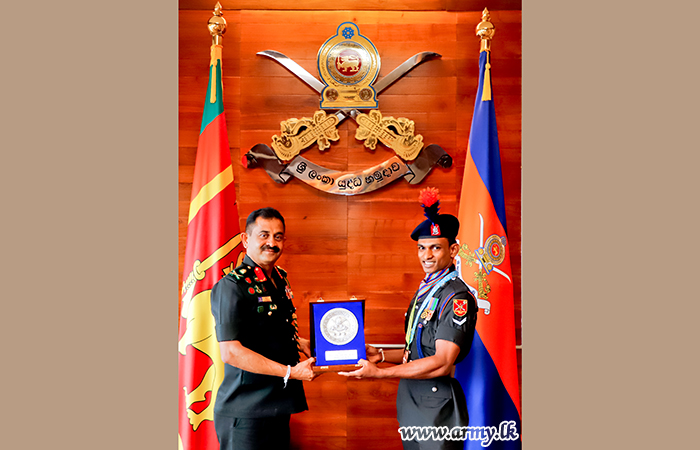