The Army’s first-ever largest group of medal achievers in an overseas sports event was hailed and rewarded by none other than the head of the organization, Lieutenant General Crishanthe De Silva, Commander of the Army himself during a specially-organized felicitation ceremony, held this morning (20) at the Military Hospital auditorium, Narahenpita.

The felicitation and rewarding ceremony, meant for all 65 Army achievers in the 12th South Asian Games (SAG) who bagged 54 SAG medals (5 Gold, 21 Silver, 28 Bronze) having competed in both individual or team events, saw the highest-ranking senior officers in the Army, including the newly-appointed Chief of Staff and a host of seniors, attending the occasion attaching importance and also as an appreciative tribute to their exceptional achievements on behalf of both the country and the Army.

Organized by the Directorate of Sports, the ceremony distributed cash rewards of Rs 150,000/= each to individual Gold Medalists, Rs 100,000/= each to individual Silver Medalists and Rs 75,000/= each to Bronze Medalists, in addition to cash rewards that were awarded to participants in team games in the SAG events. Under that category, each Silver Medalist received Rs 75,000/= while each Bronze Medalist was awarded Rs 40,000/=. Similarly, a cash award to the value of Rs 1,279,500/= was shared among the coaches who toiled day and night to train them.

Impressed with their achievements, the Commander during his address to the medalists, extending his best wishes told the gathering that “sports is not something restricted to a certain age limit but a course that runs a life-span. Those aspiring to go for higher achievements should continue their sport training practices, irrespective of age. The other requirement is to be committed to the field all the time. That is why we still want to get the talents of the like Ms Susanthika Jayasinghe, the world-class medalist to be a part of the Army sports training”, the Commander quipped.

During the Commander’s felicitation remarks to the occasion, he hailed Army achievers in the SAG lavishly and asserted that their distinguished achievements had brought upon a new glimmer of hope for the Army and would serve a sharp eye-opener to those aspiring to be Army achievers in the future.

He also said that he admires them and stated that they all have had made their motherland as well as the organization they serve, extremely proud and distinguished, having competed with the best of the best in the whole of the South Asian region.

With the blessings of the Commander, the value of all cash awards distributed among these Army achievers on the occasion stood at Rs 6.85 million, a record cash prize that had ever been awarded in the Army for a single overseas sports event.

Today’s felicitation ceremony kicked off with the arrival of the invitees, medal achievers and the day’s Chief Guest, Lieutenant General Chrishanthe De Silva as the stage was getting ready.

The first segment of the distribution of cash awards and souvenirs to Bronze and Silver medalists occurred under the Sri Lanka Army Volunteer Force Commandant Major General H.C.P. Goonetilleke and the new Chief of Staff, Major General Milinda Peiris who were respectively invited to the stage for award of those valuable gifts.

The apex of the ceremony reached as the Commander took the centrestage giving away those cash awards to Army Gold Medalists and all Coaches while extending his warm greetings to them.

During refreshments soon after the awarding ceremony, the Commander took time off, sharing a few thoughts with them as many other attendees in the ceremony too joined in turn congratulating each and every one of them.

A few entertaining features, presented by artistes of the Directorate of Performing Arts, added colour to the awarding ceremony.

Olympic medalist, Ms Susanthika Jayasinghe, now a coach in the Army, Army Sports veterans, retired senior sportsmen and women and a group of officials of the Ministry of Sports also attended the day’s event.

Here is the full list of Army medalists in South Asian Games; 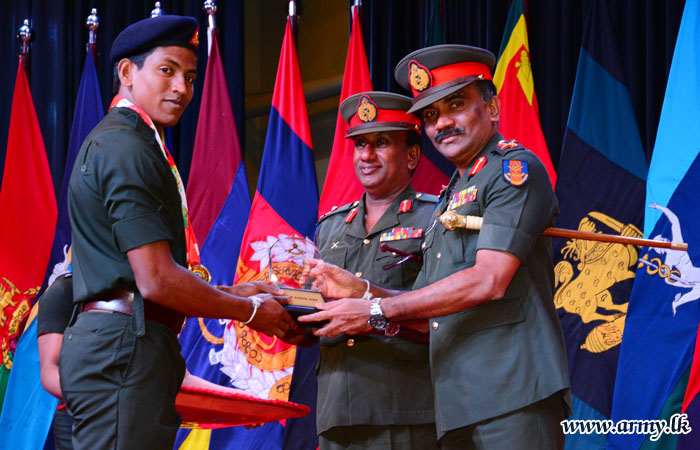 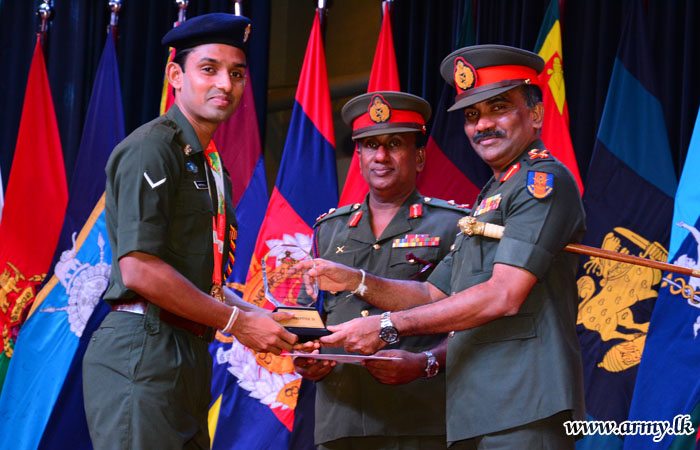 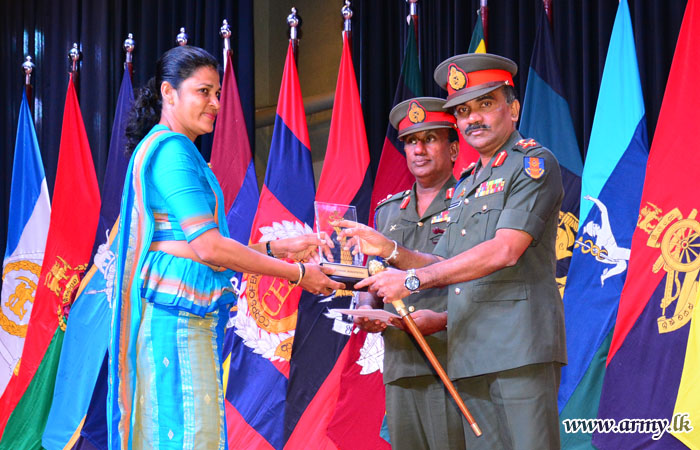 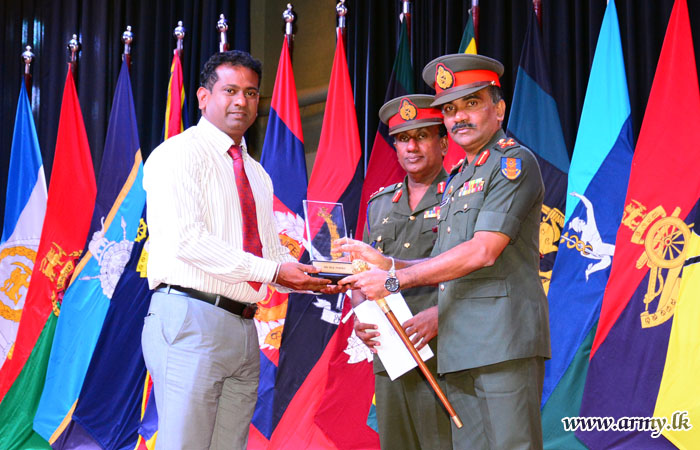 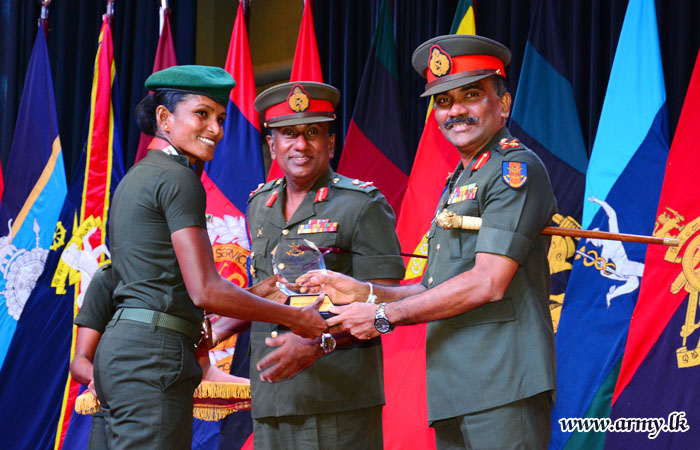 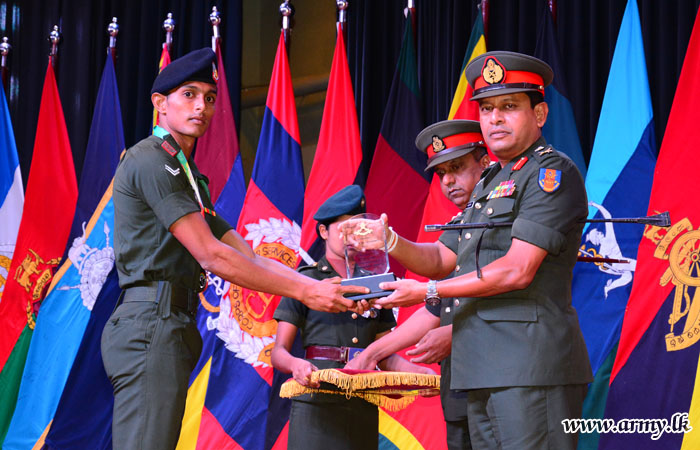 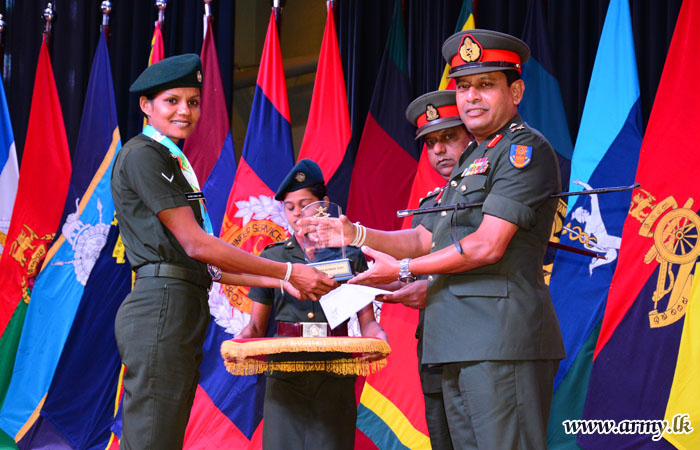 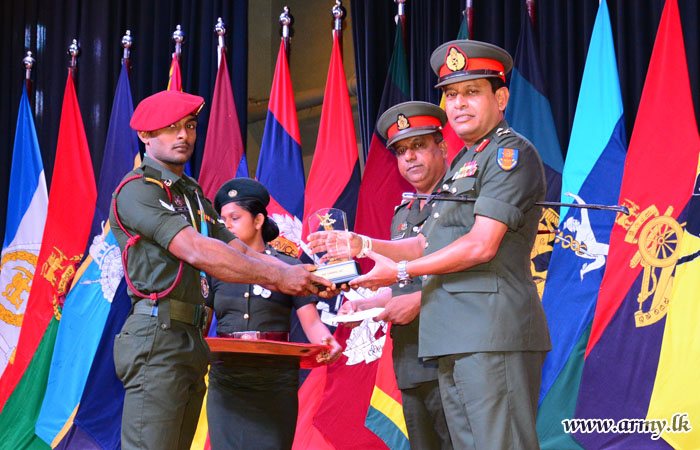 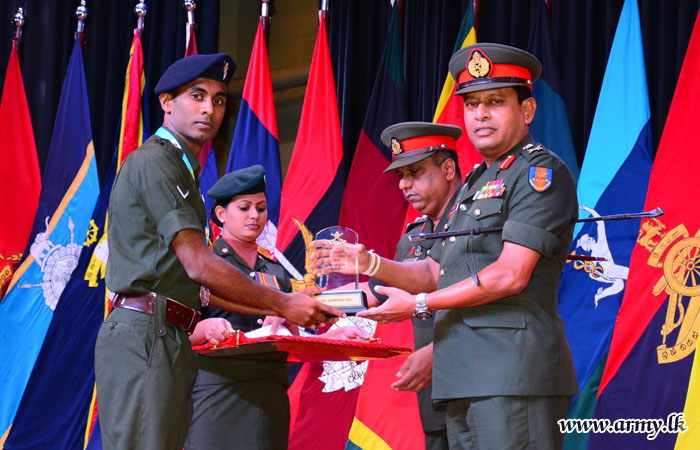 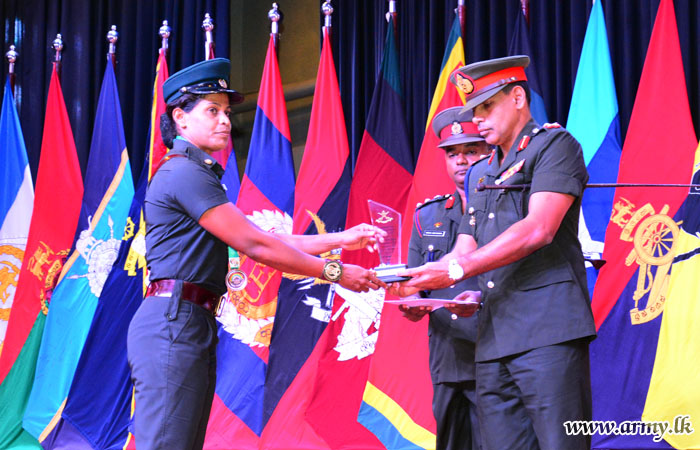 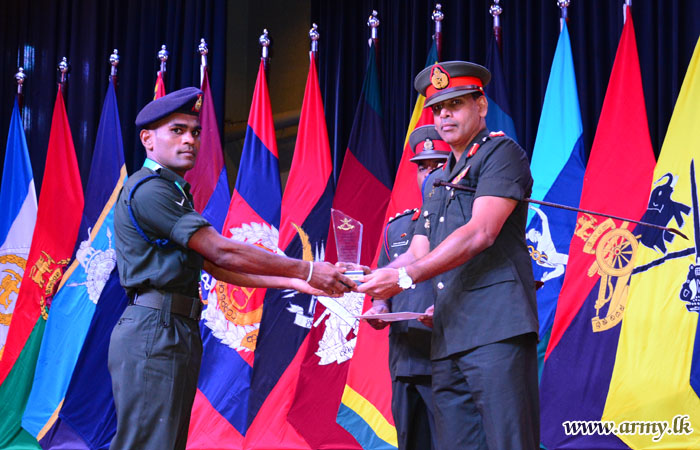 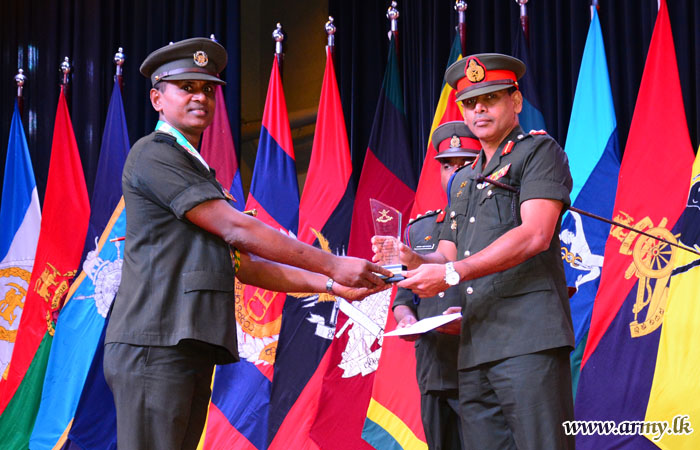 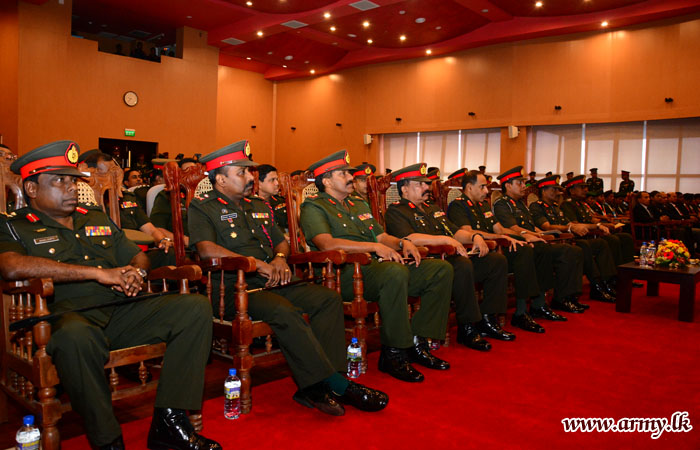 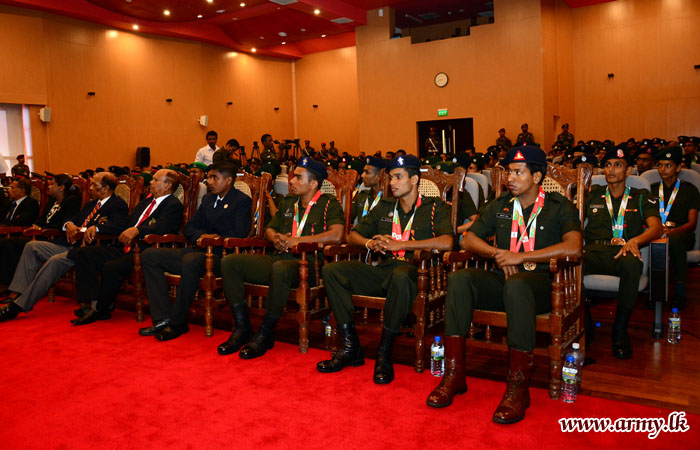 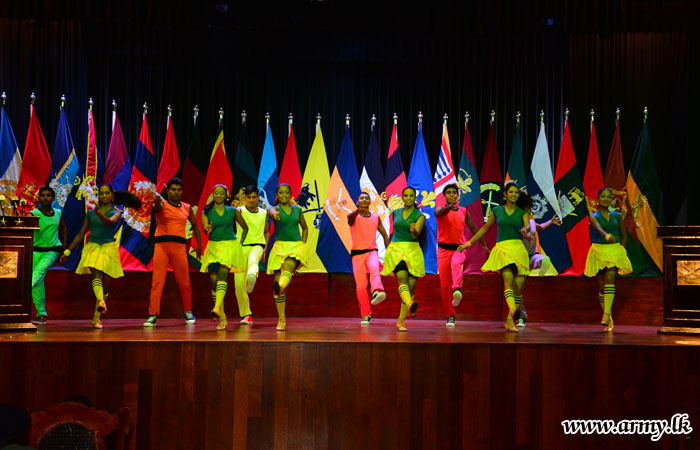 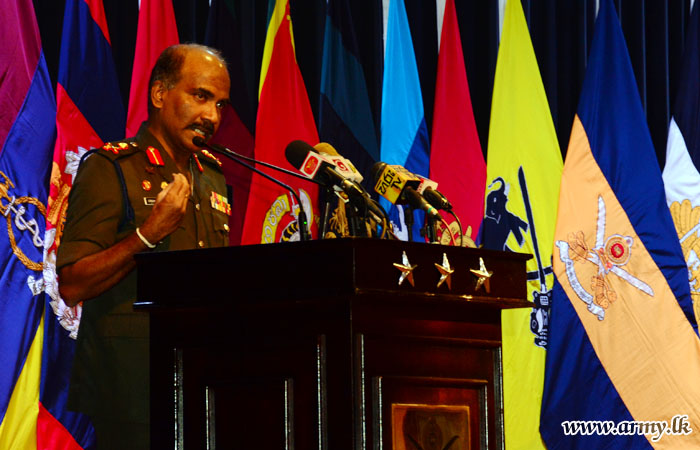 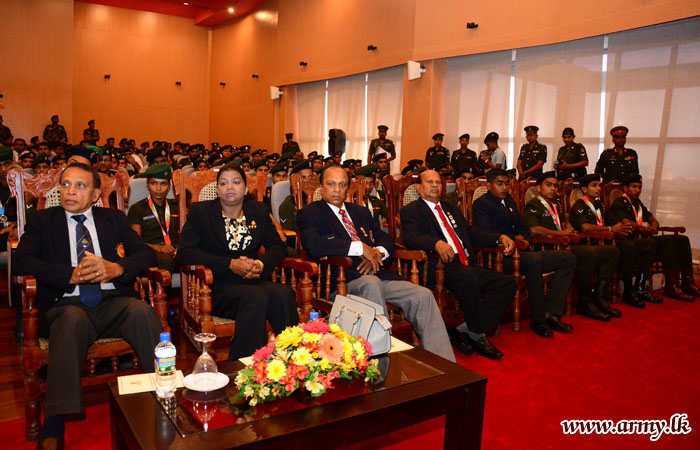 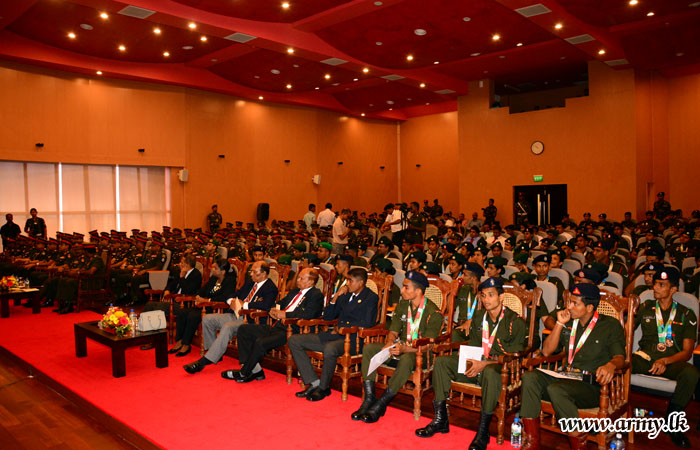 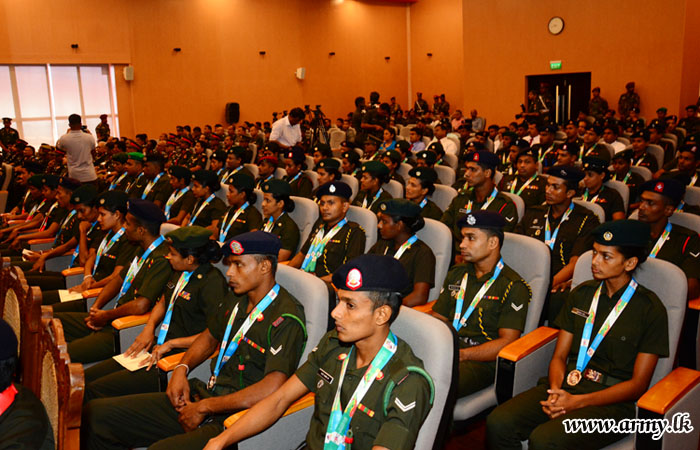 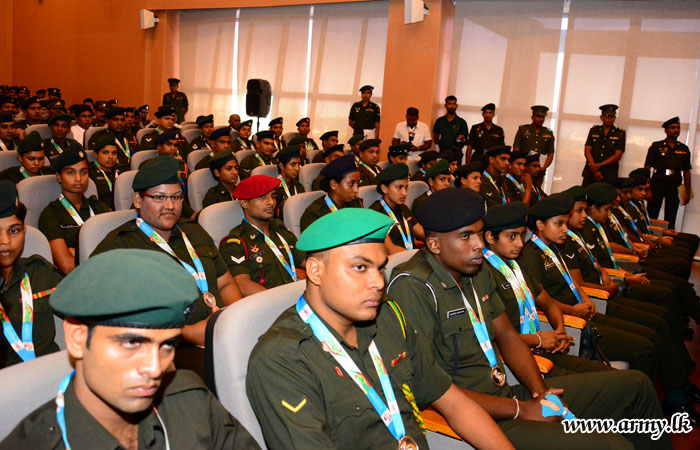 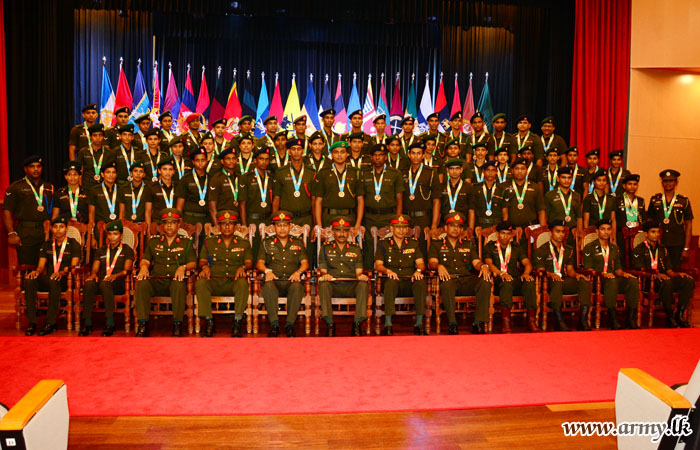 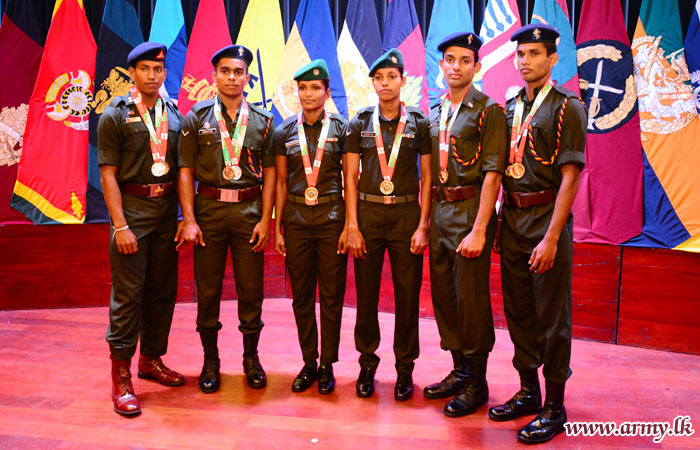