The Sri Lanka Light Infantry’s (SLLI) one of the proud products, Major General Wasantha Abrew of the Army who is the Commander, Security Forces -West and Colonel of the Regiment, SLLI was invited this morning (7) to the office of the Commander of the Army to receive General Shavendra Silva’s appreciative compliments upon the former’s retirement after an exemplary service of nearly 35 years.

General Shavendra Silva, Chief of Defence Staff and Commander of the Army thanked the retiring Senior Officer for his dedicated and committed service of more than 34 years as a battle-hardened Officer who took part in many military operations against division of the country. The Army Chief also appreciated his role as an infantryman during the most of his career after he joined the Army in 1986.

General Shavendra Silva also commended his service as Commander, Security Forces-West and Colonel of the Regiment, SLLI and extended his best wishes for his future endeavours.

The retiring Major General Wasantha Abrew had a spell at the Army Headquarters holding a key appointment and was a tower of strength to his Regiment throughout his career. 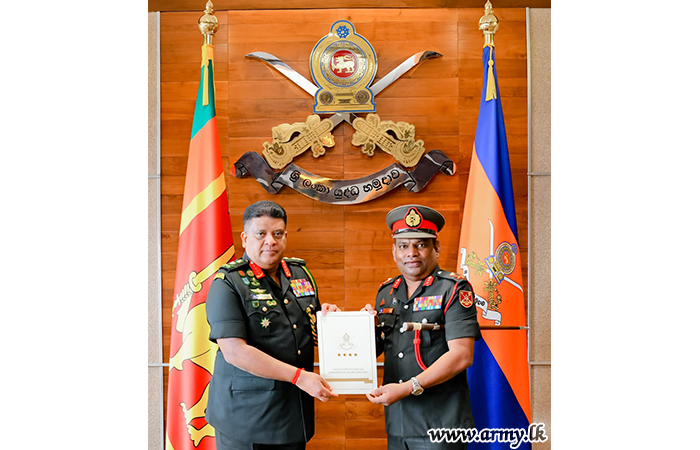 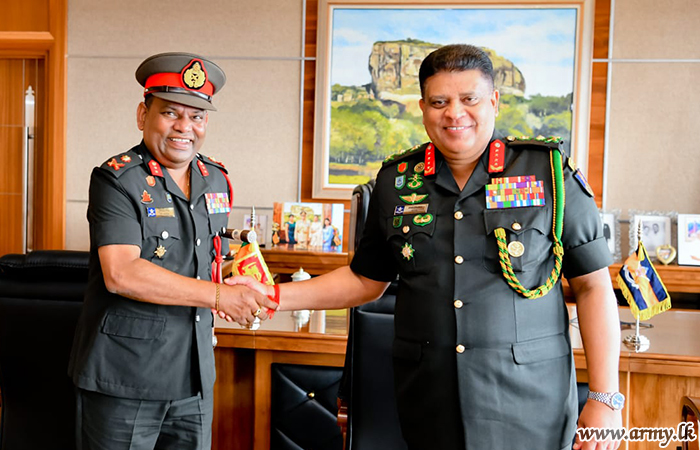 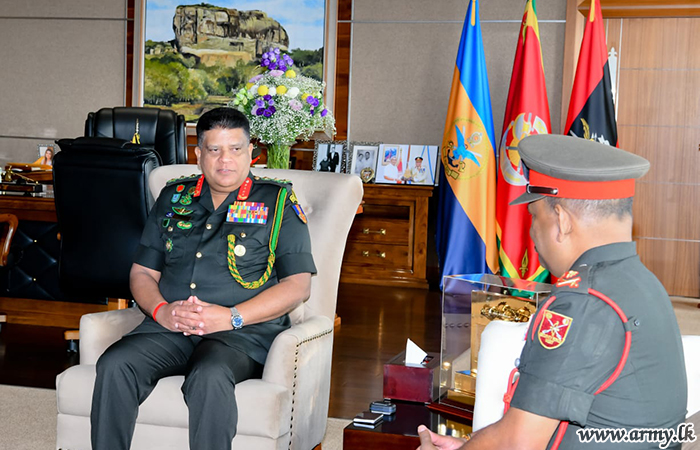 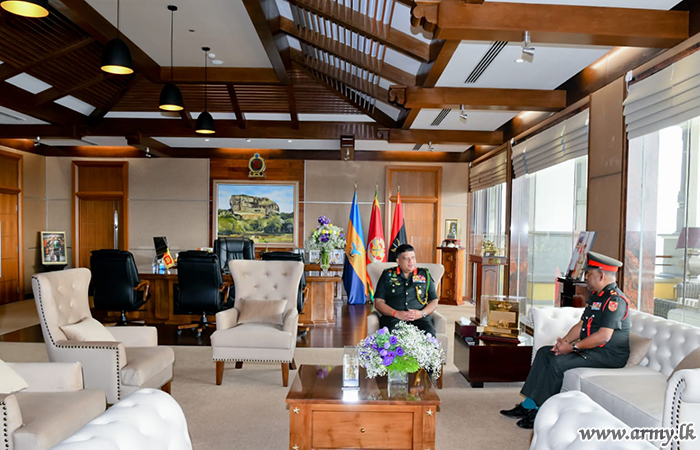 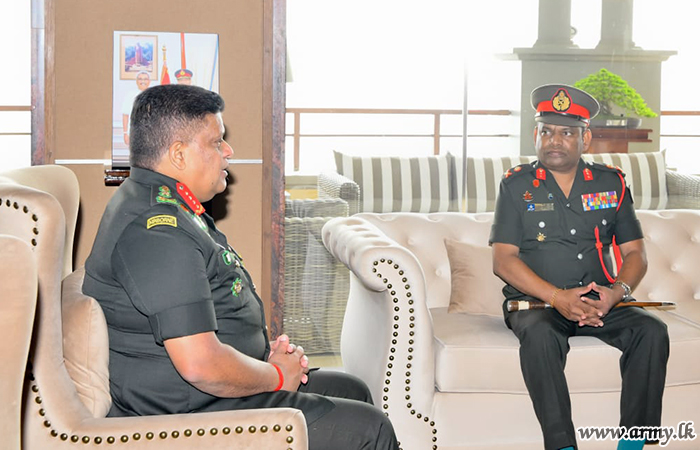 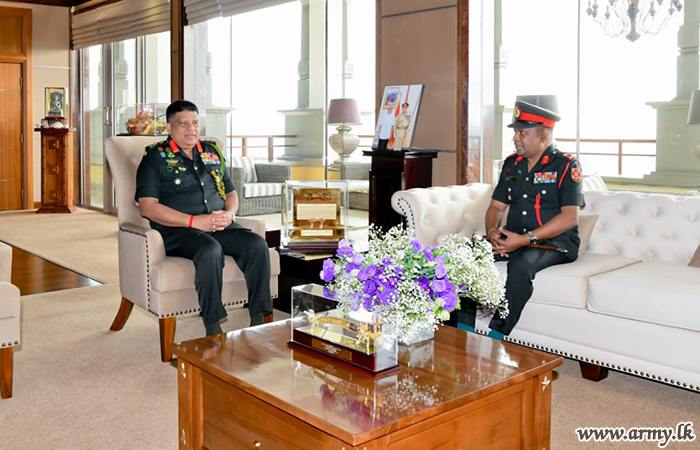 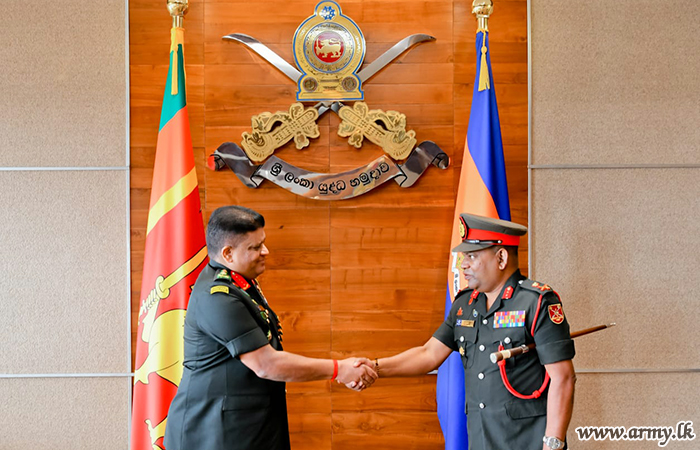