Major General Ranjan Premalal, Commander Logistic Command and Colonel Commandant of the Sri Lanka Corps of Military Police (SLCMP) days before his retirement from the Army was invited by the Chief of Defence Staff and Commander of the Army, General Shavendra Silva to his office at the AHQ and heaped praise on his three-decade long service on Monday (26).

General Shavendra Silva during the brief meeting spoke high of Major General Premalal’s committed contribution to the growth of the role of the SLCMP and also his different roles as Commander, Forward Maintenance Area - Mullaittivu, Commander, Army Logistic Command, etc and inquired into his future endeavours upon retirement. Major General Premalal during his tenure as the Provost Marshal introduced several novel measures for the elevation of professional standards in the Sri Lanka Corps of Military Police (SLCMP) in particular. 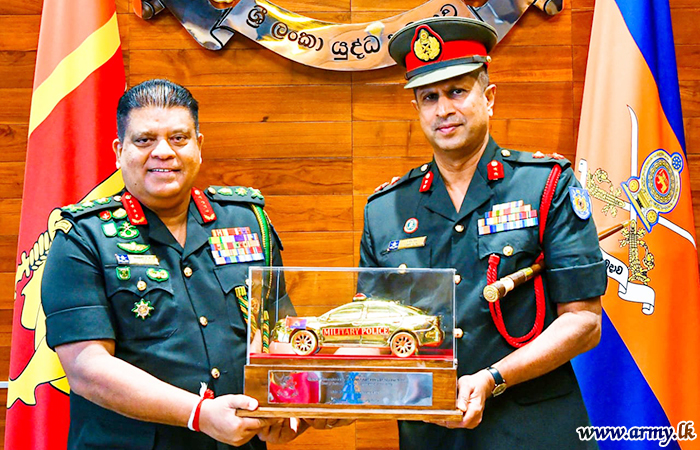 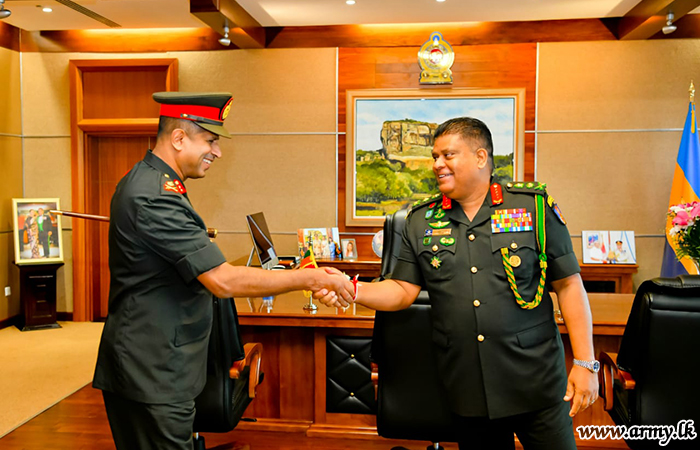 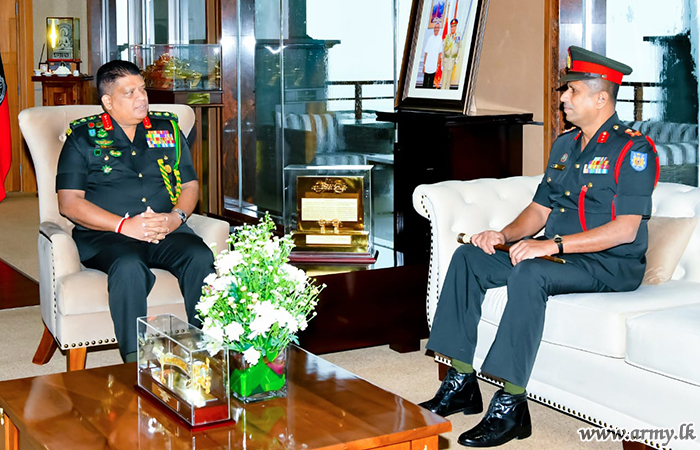 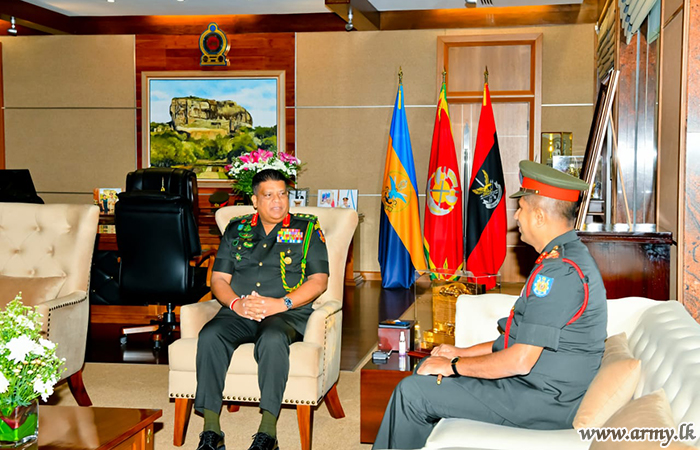 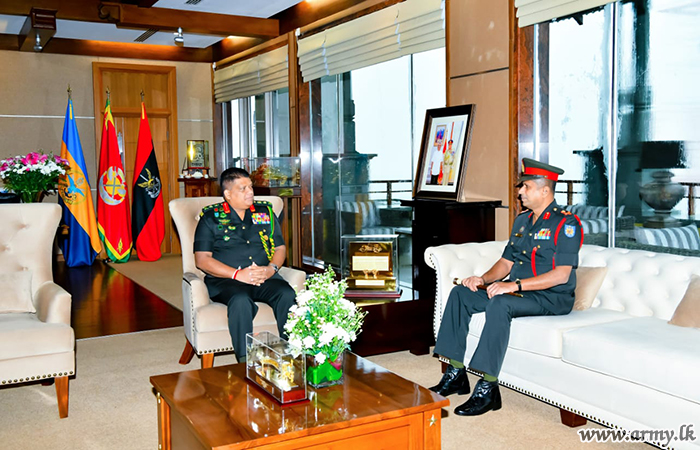 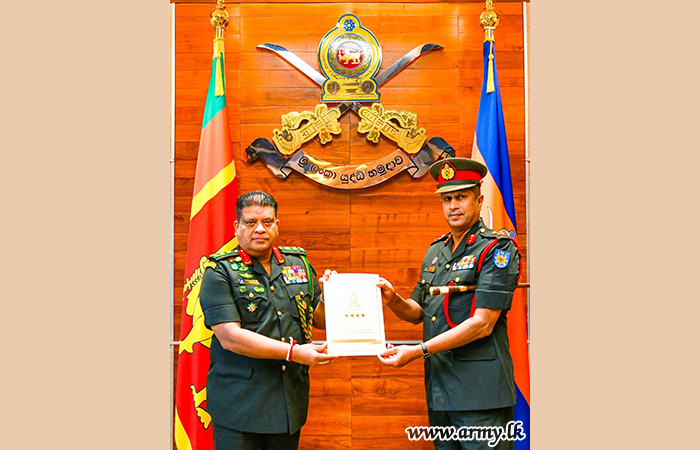 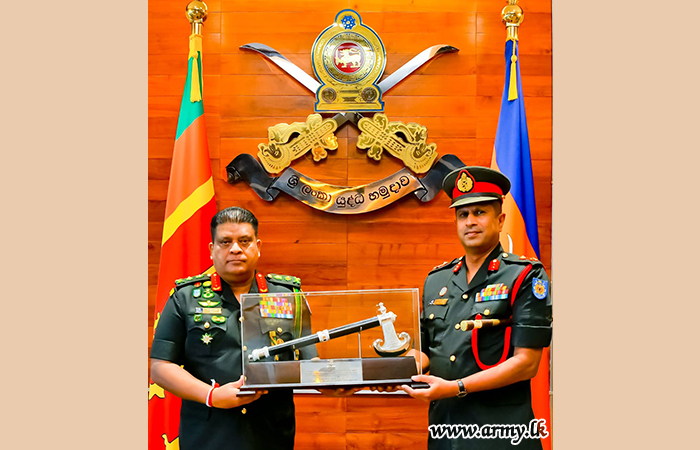 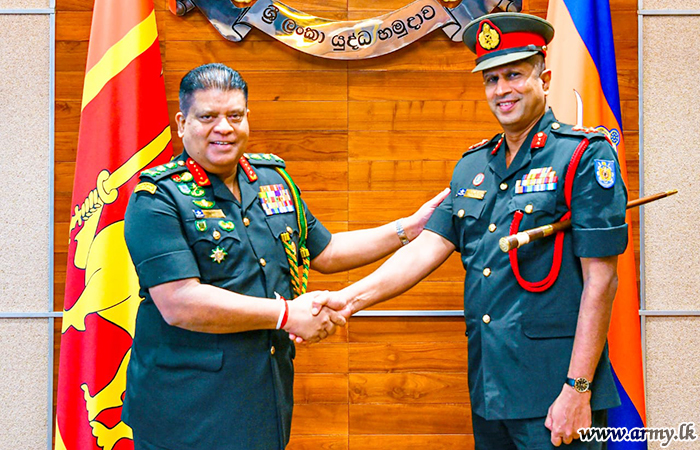