Major General Kapila Udalupola, General Officer Commanding, 23 Division of the Security Force Headquarters - East on the eve of his retirement from the Army after a distinguished military career of more than three decades received appreciation and best wishes for his future endeavours from the Commander of the Army, Lieutenant General Shavendra Silva this afternoon (19).

The Army Chief during the brief interaction with the retiring Senior Officer shared a couple of thoughts with him, pertaining to his eventful career, experiences and intended projects in the future.

At the end of the cordial meet, the Commander of the Army awarded a special memento to him and wished him good luck during retirement. 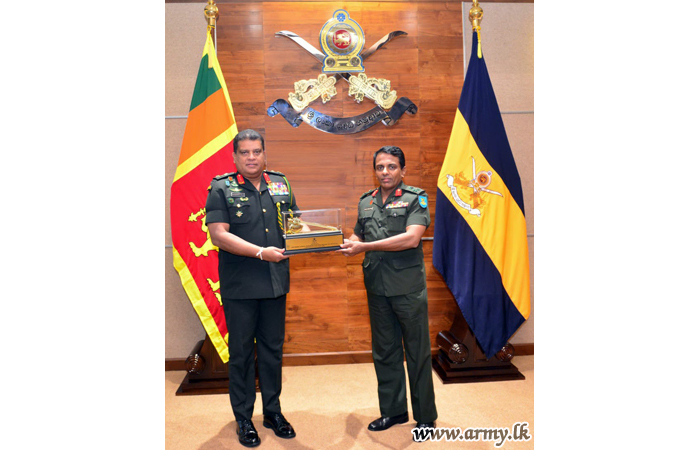 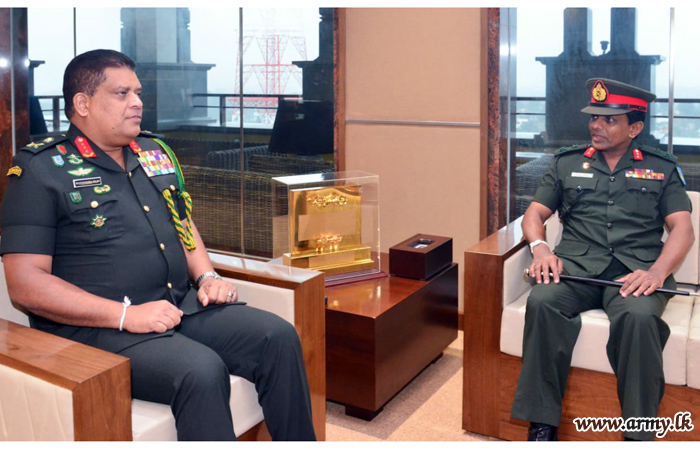 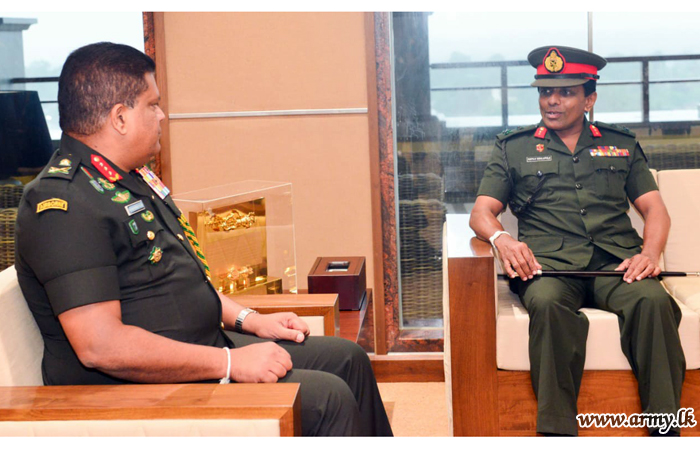 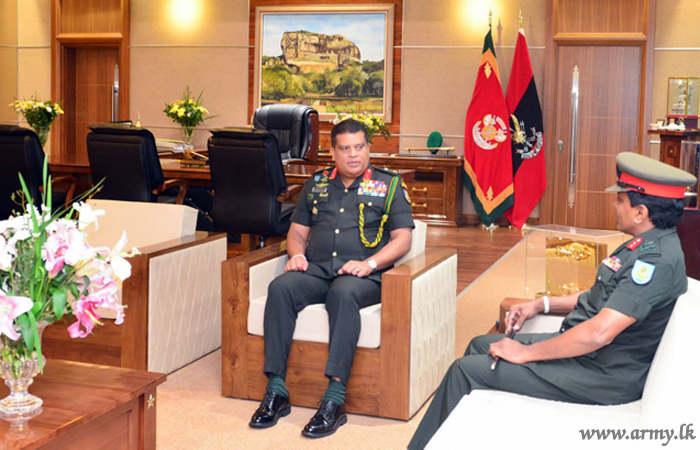 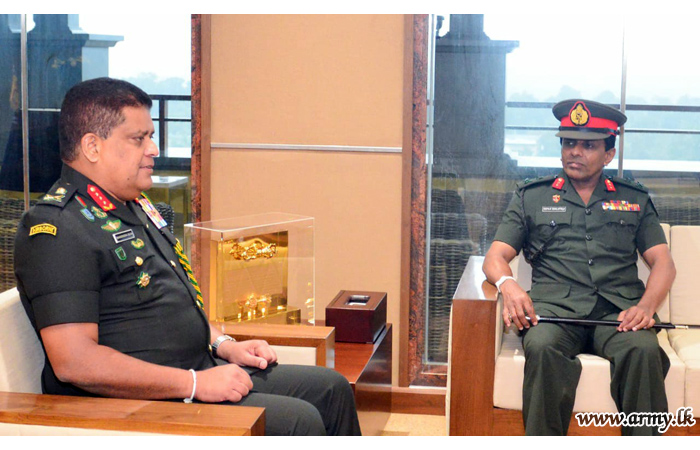 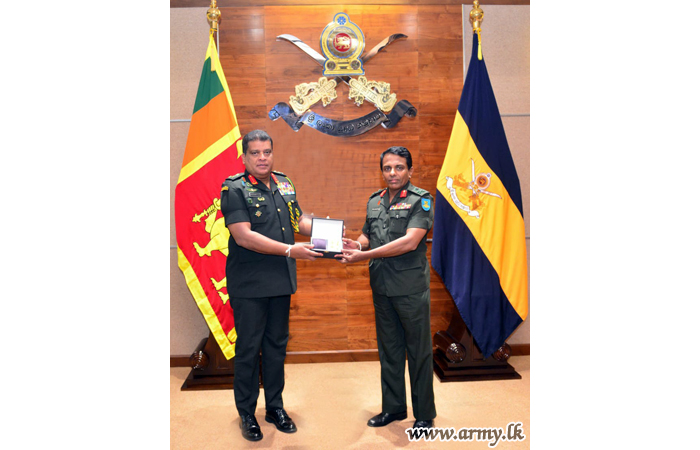 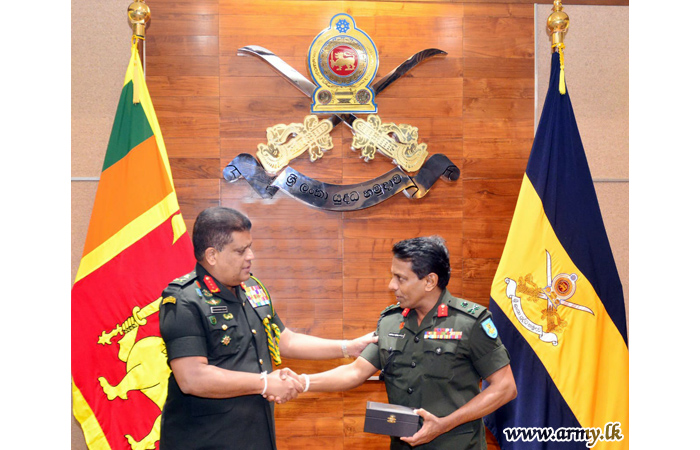