On the eve of his retirement, Major General Hemantha Bandara, the former Commander Security Forces - Wanni and Colonel of the Regiment of the Sri Lanka Sinha Regiment Thursday (7) morning had an audience with General Shavendra Silva, Chief of Defence Staff and Commander of the Army at the latter's invitation.

General Shavendra Silva during the interaction inquired into his future plans upon retirement and refreshed memories, related to past occurrences that shaped the Army in the past three-decade of his service as one of the proud soldiers, produced by the Sri Lanka Sinha Regiment (SLSR).

The Army Chief also praised him for his contribution to the growth of the organization by way of conducting programmes and incorporating them in the Army's 'Way Forward Strategy,' etc.

Major General Hemantha Bandara, the Commanding Officer of the 6 SLSR battalion. He has also served the 1 SLSR, 9 SLSR and 12 SLSR in various command positions during the 3-decade long war against the terrorists. He was later appointed to take over Command of 522, 573, 144 and 142 Brigades over a period of 8 years. 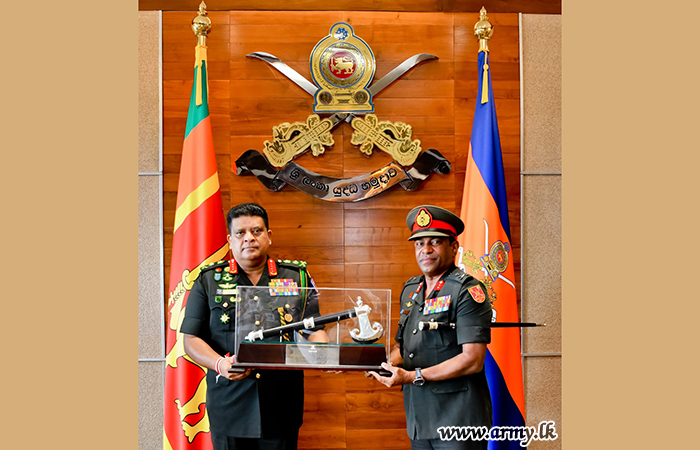 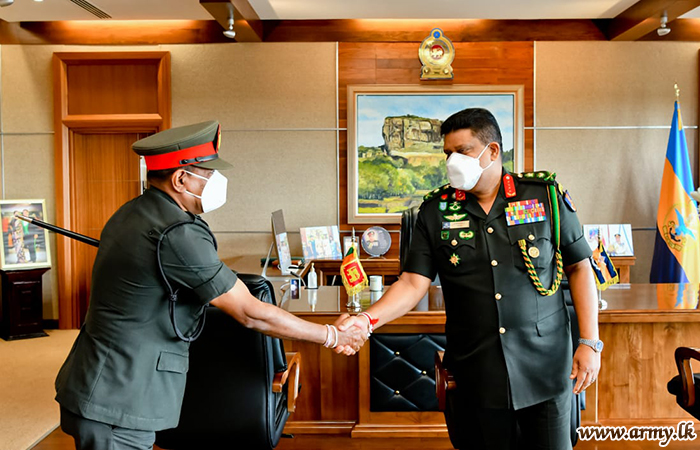 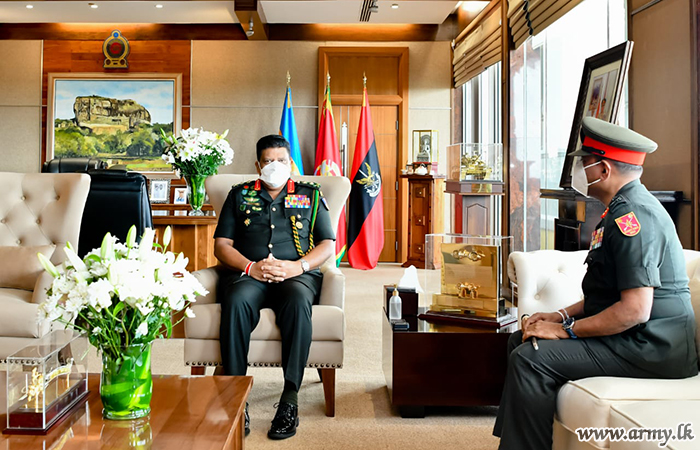 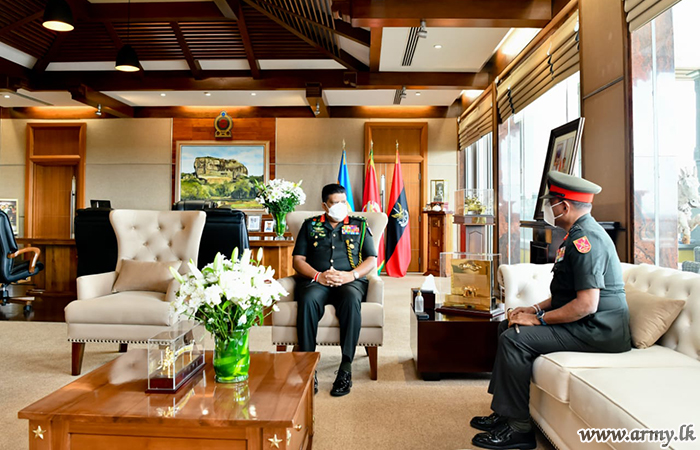 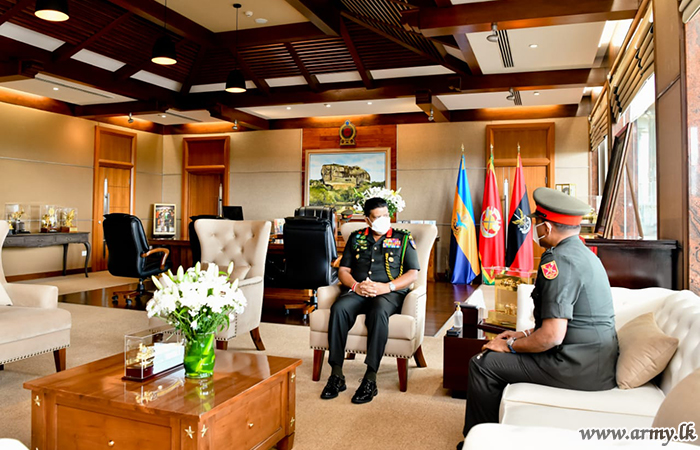 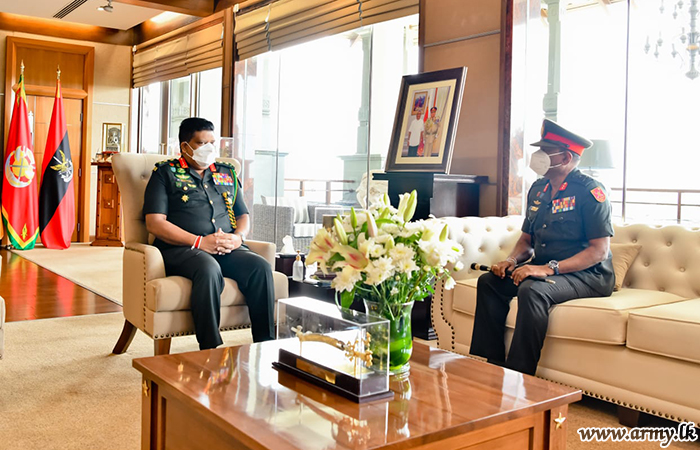 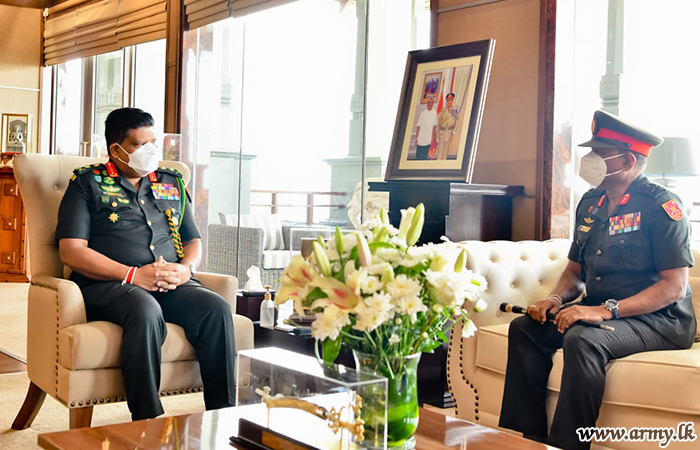 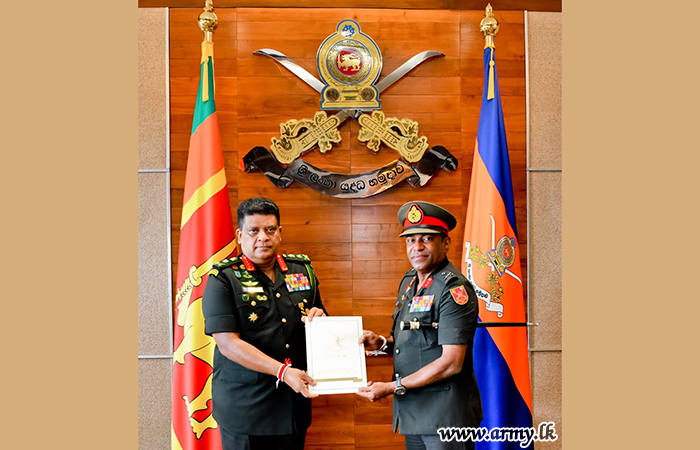 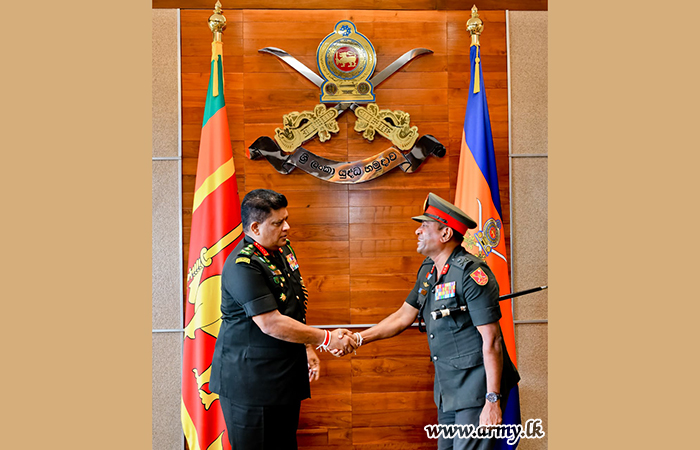 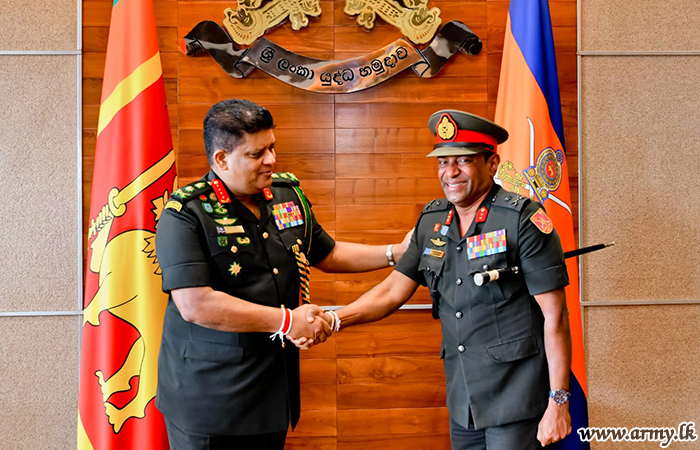