At the request of the monks at the recently-erected Nelligala International Buddhist Center, off Kandy, Lieutenant General Shavendra Silva, Commander of the Army, together with Mrs Sujeewa Nelson, President Army Seva Vanitha Unit joined a special ‘Ashirvada’ (blessings) ‘Pinkama’ (meritorious act) plus the recital of ‘Jaya Piritha’ in the temple premises on Saturday (7) where more than 100 monks including Most Venerable Maha Nayakes and Anu Nayakes (prelates).

Ven Waturakumbure Dhammaratana Thero, Chief Incumbent at Nelligala International Buddhist Center in appreciation of the support, given by the Army and Lieutenant General Silva, has extended an invitation to the Commander of the Army for participation in those religious observances as it would provide an opportunity for the monks to personally invoke blessings on his ascension to the office of the Commander of the Army.

Lieutenant General Silva offered ‘Gilanpasa’ Pooja to the relic casket, together with Mrs Nelson and performed religious observances before both Asgiriya and Malwatte Chapter prelates invoked blessings on the Commander and Mrs Nelson. Both Maha Nayake Thero and the Anu Nayake Thero personally extended the blessings on the Commander’s new office and wished him good luck for the Army’s future endeavours. The Commander of the Army also offered ‘Atapirikara’ to the Maha Nayake prelates before he left the place. 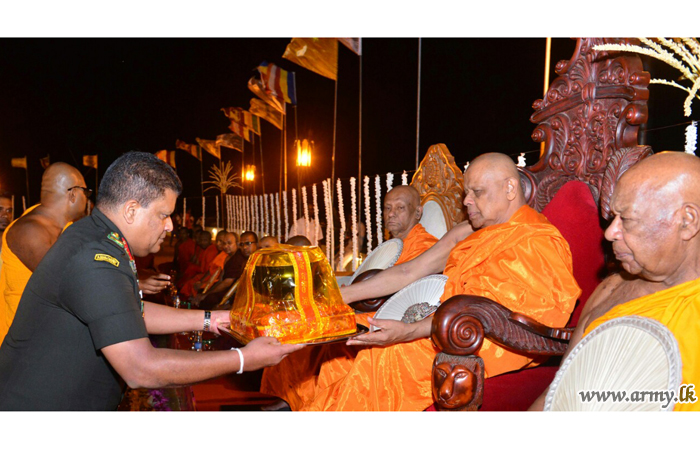 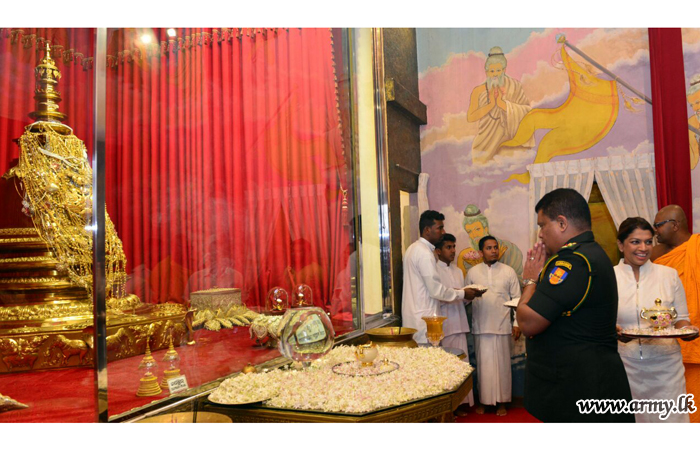 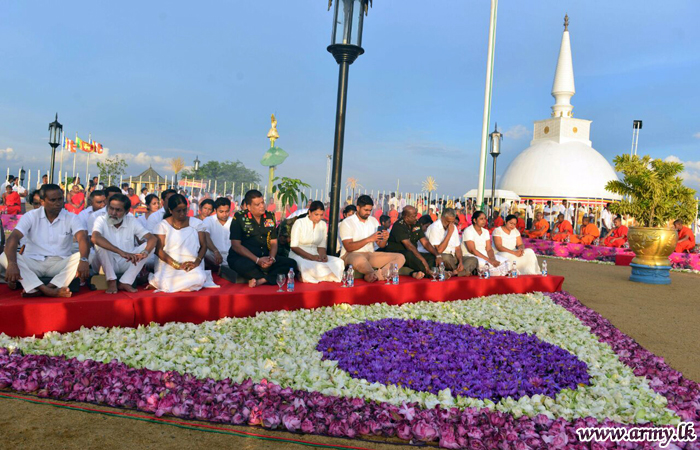 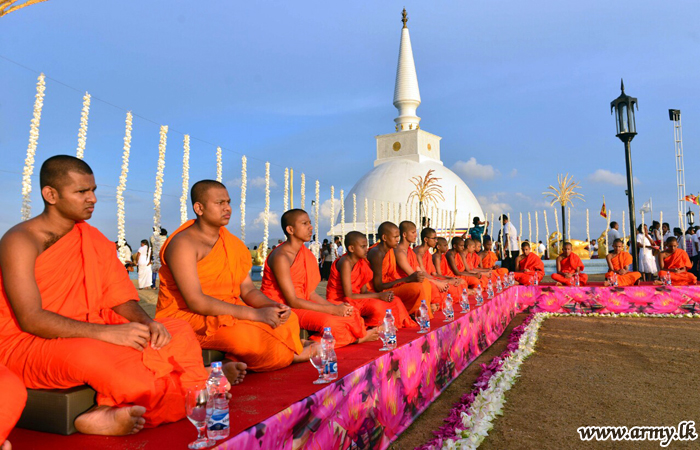 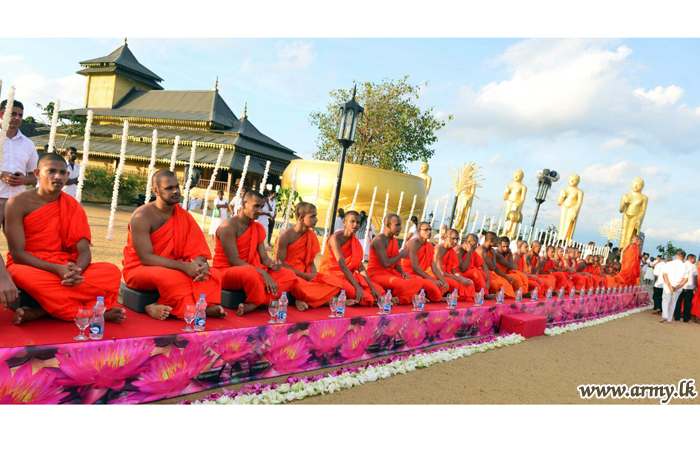 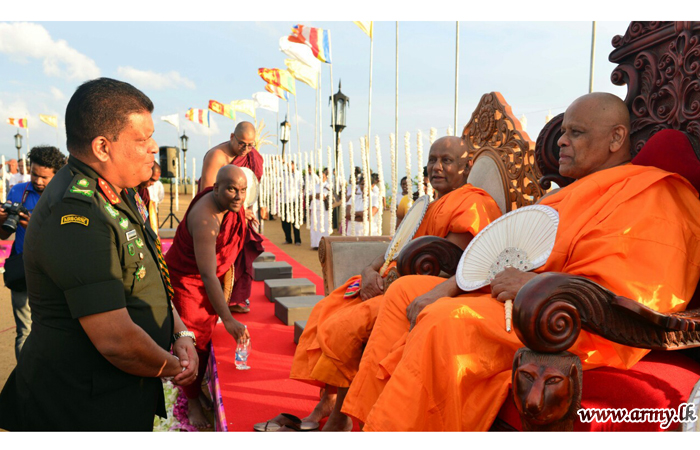 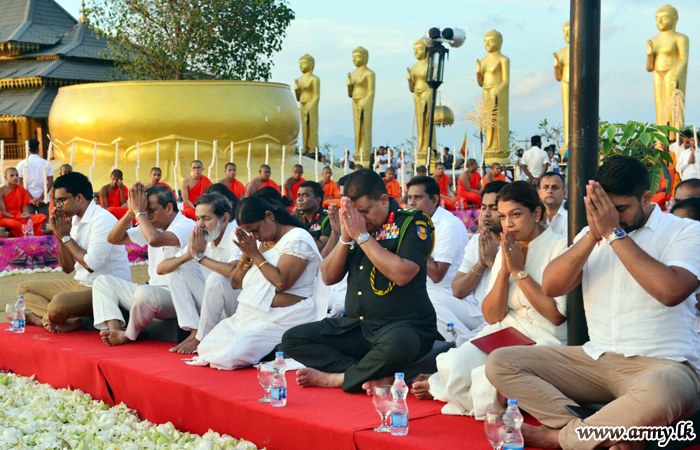 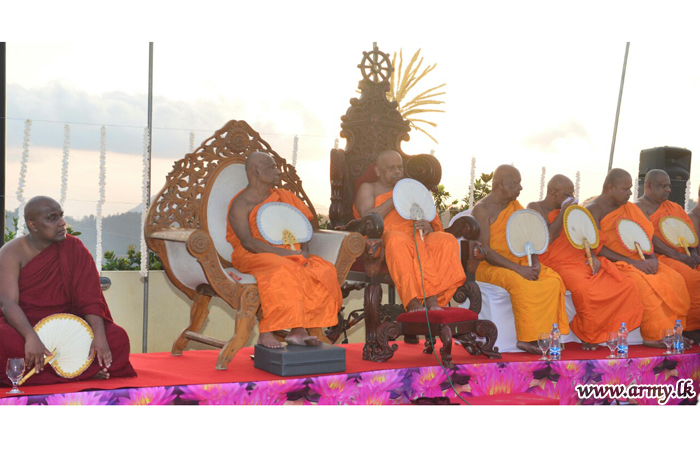 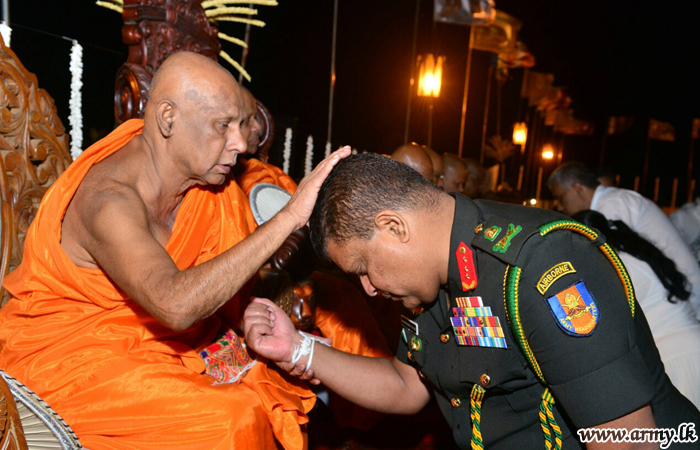 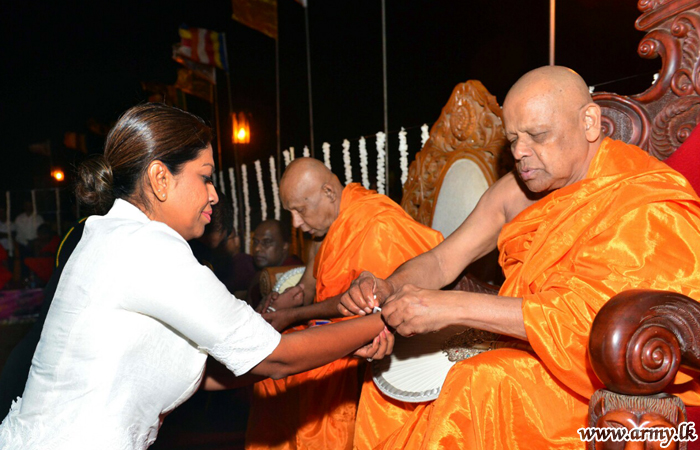