A total of 335 troops, including 35 officers from 111 Brigade, 112 Brigade and their Battalions under the Security Force Headquarters-Central on the guidelines given by the Commander of the Army carried out a mega cleaning project from Nallanthanniya up to the foot of the sacred Sri Paada peak on Monday (11). The project coincided with Friday's (8) inauguration of the new Army HQ.

This was the 1st such mega community project that was conducted after opening of the new Army Headquarters premises. 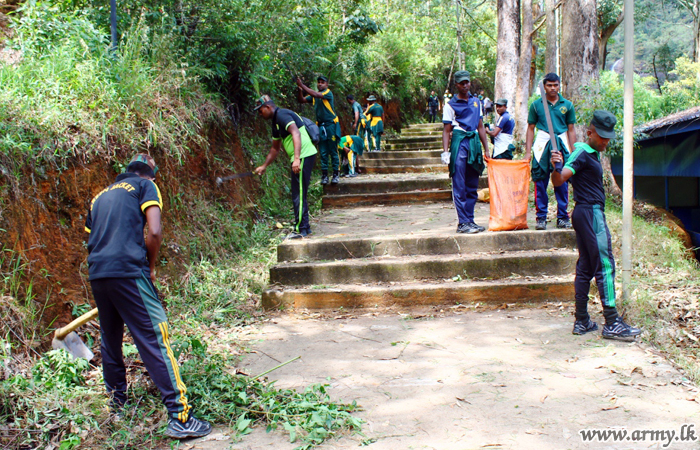 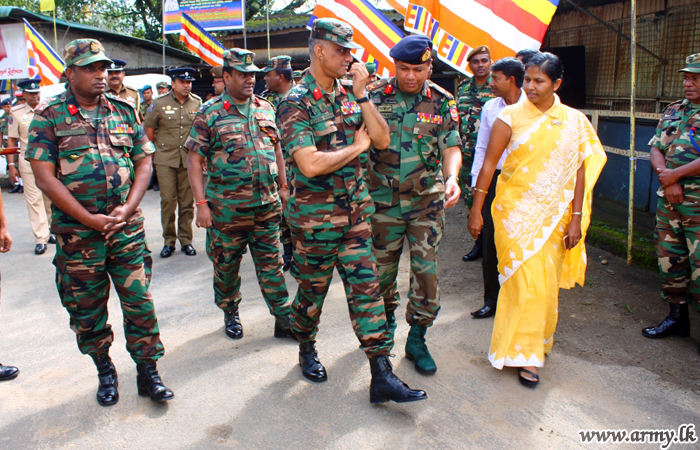 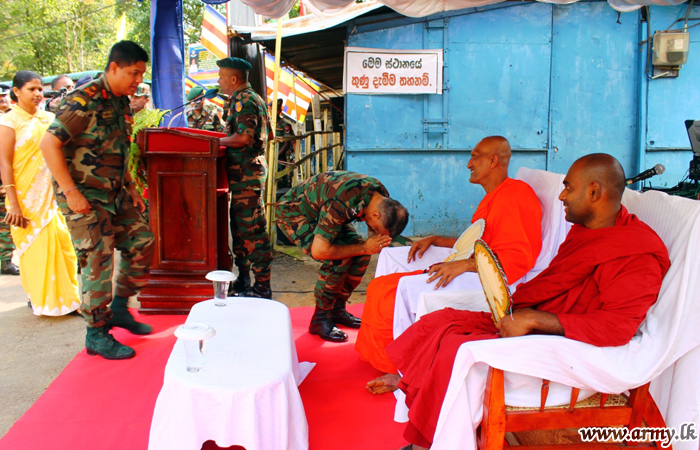 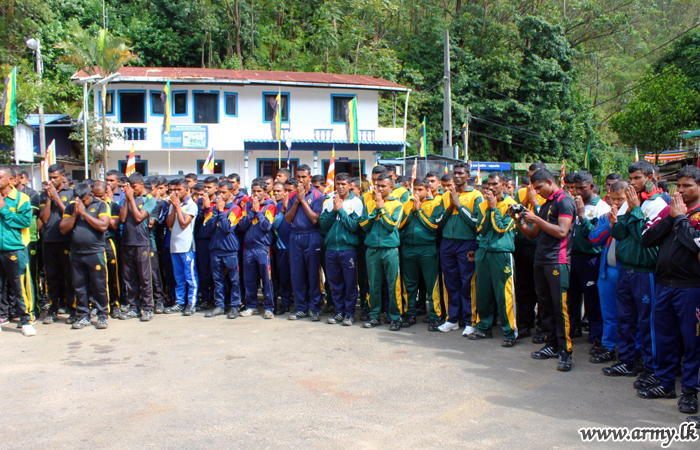 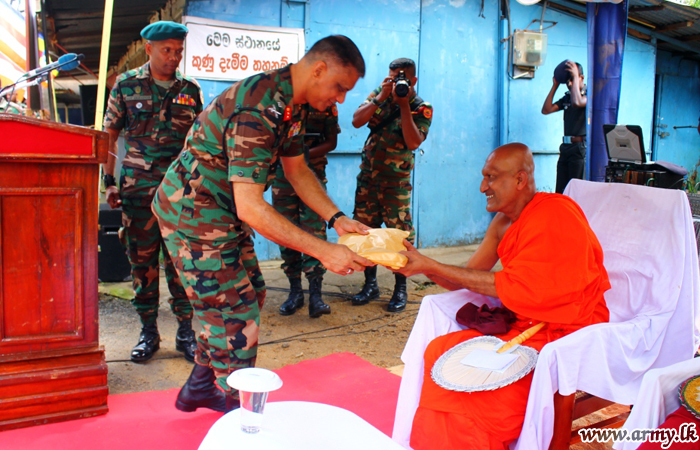 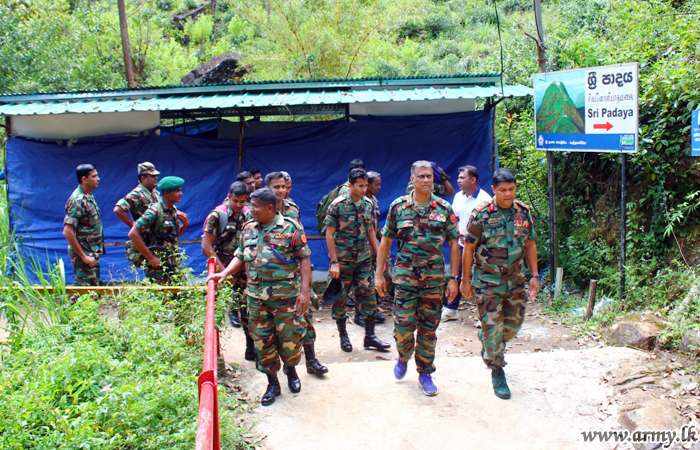 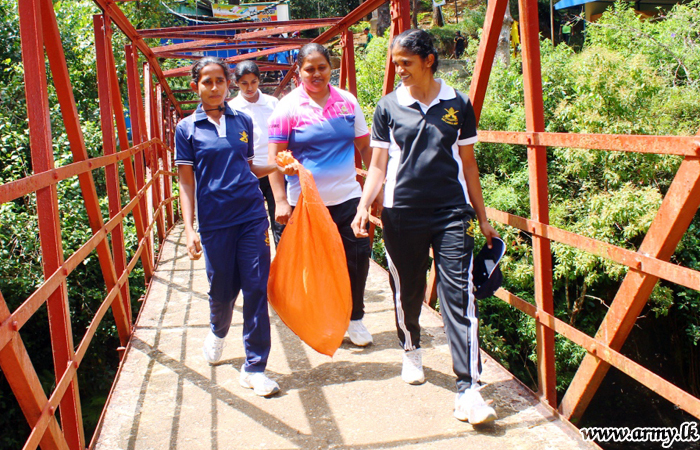 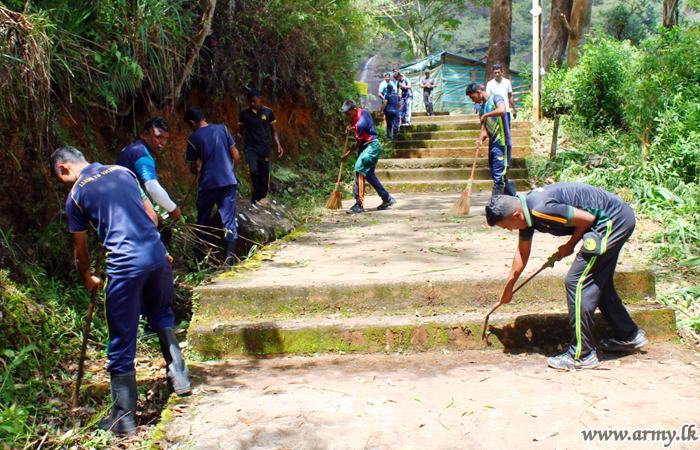 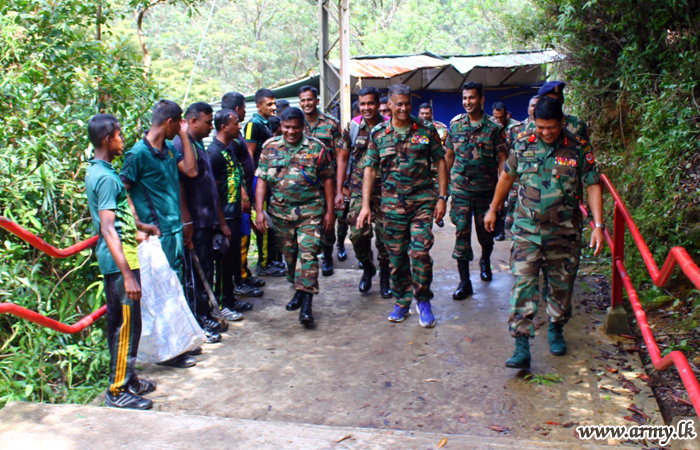 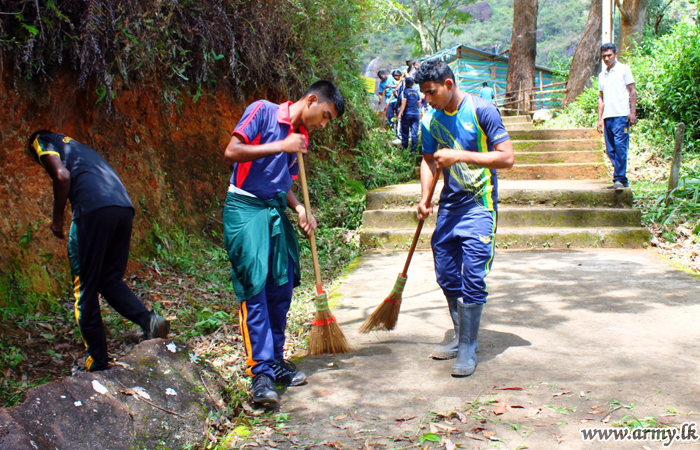 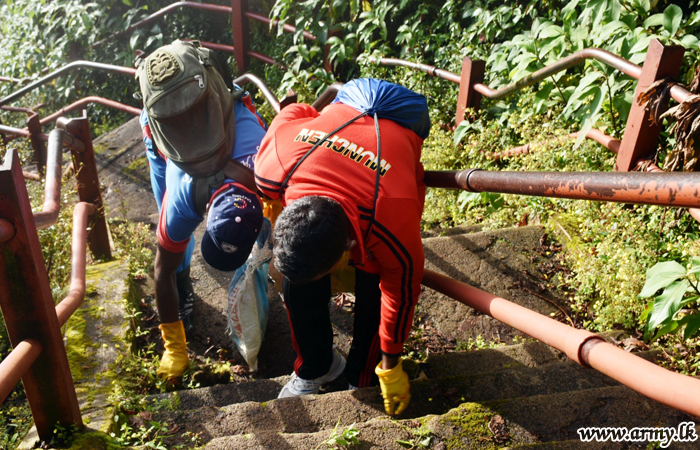 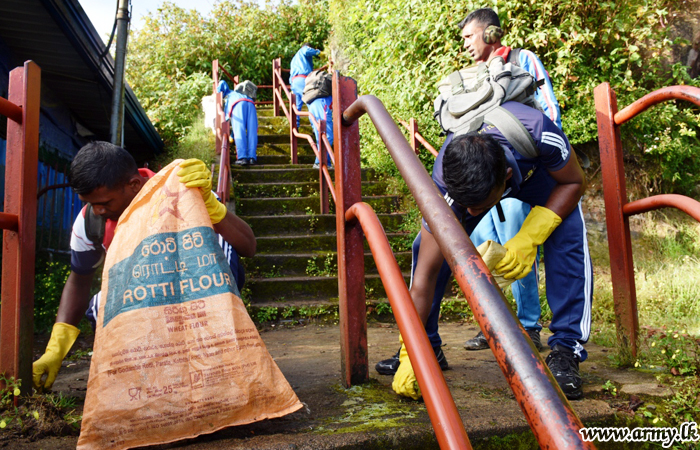