The special Christian service, one more segment of the series of multi-religious ceremonies, organized in connection with the forthcoming 67th Army Anniversary and Army Day (October 10), blessed the forward-march of the organization during a solemn ceremony, held this afternoon (6) at All Saints’ Church, Borella.

The Service commenced with the arrival of Lieutenant General Crishanthe De Silva, together with Mrs Nayana De Silva. Colonel Manjula Karunaratne, Secretary to Army Christian Fellowship made a brief welcome speech and spelt out the theme of the service.

Organized by the Army Christian Fellowship, presided by Major General Channa Goonetilleke, the special thanks-giving ceremony, was officiated after an introduction which spoke of the greatness of Lord Jesus.

Rev Benedict Joseph, Chaplain of the Army Christian Fellowship delivered the introductory comments, highlighting the importance of the occasion and inviting everyone to join the hymns. Rev Dr Harold Anthony, Bishop for Kurunegala Diocese afterwards administered the service.

Blessings were then symbolically invoked on the Commander of the Army, Army Flag and all Regimental Flags after the soldiers respectfully brought them in and placed them at the foot of the altar.

Around the same time, the Holy Service prayed for the souls of all fallen War Heroes and those went missing in action in the battlefields and elsewhere while simultaneously invoking blessings on all injured Army personnel, still recovering, those who are serving as well as members of the families of all Army personnel.

Lieutenant General Crishanthe De Silva, Commander of the Army after culmination of the special service made a cash donation towards the development of the holy premises.

Major General Channa Goonetilleke, Chairman, Army Christian Fellowship, together with a large gathering of Army personnel attended the special service. Some of the spouses and family members also joined the prayers. 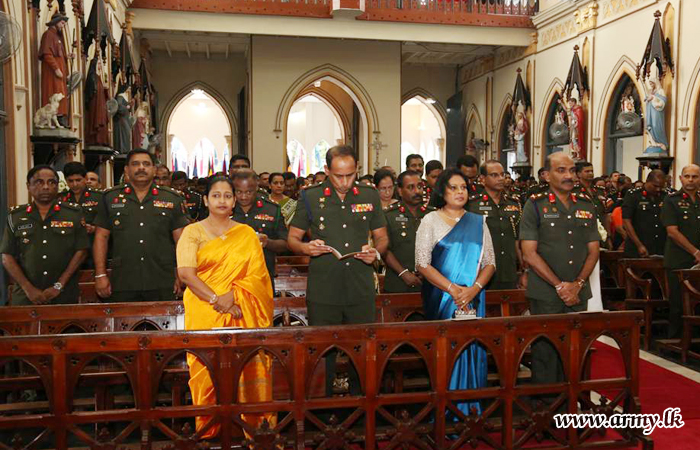 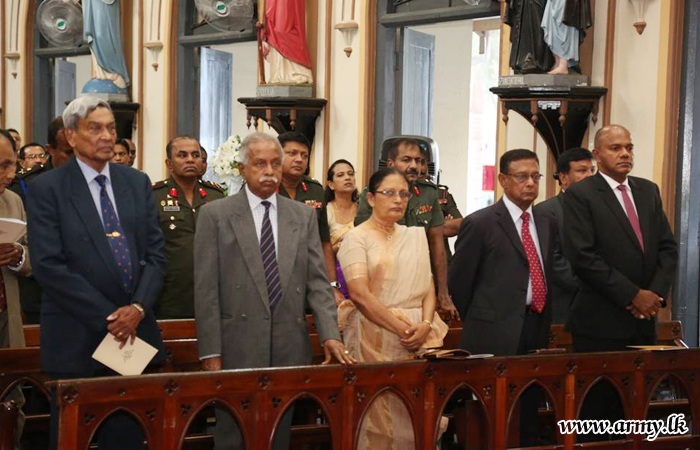 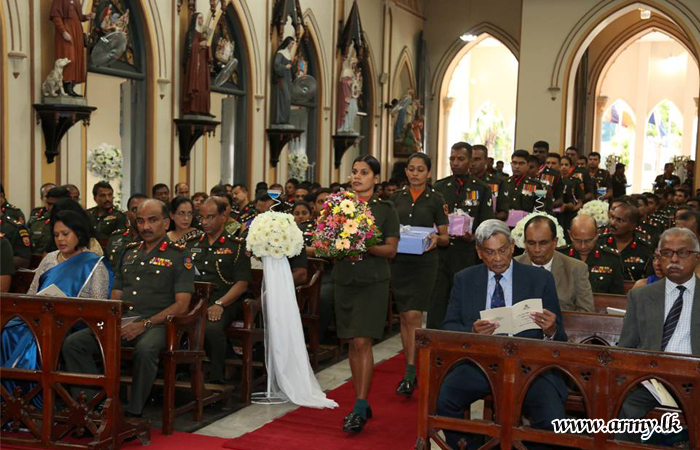 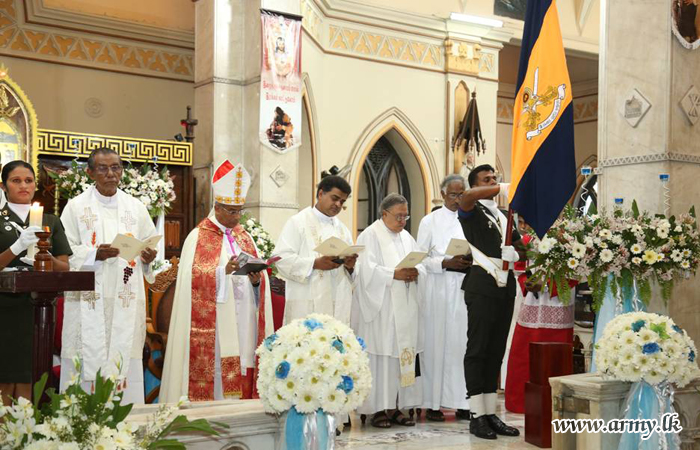 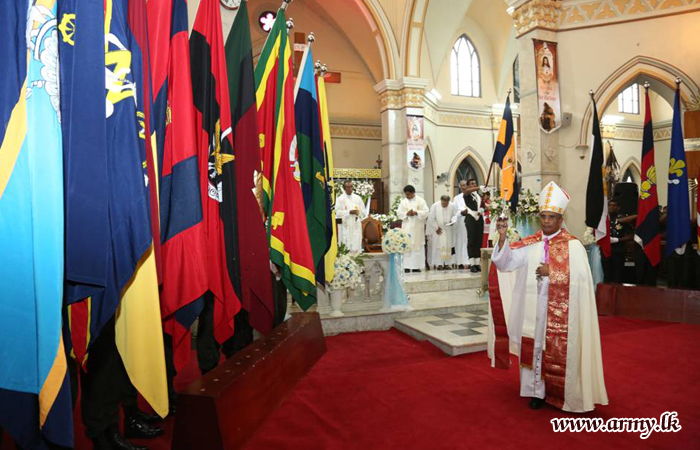 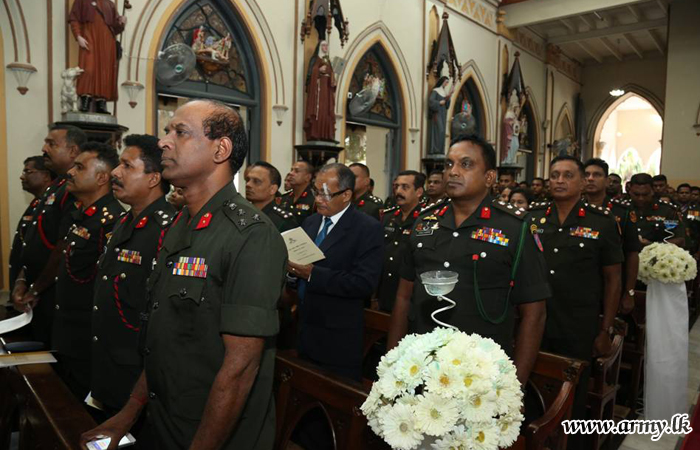 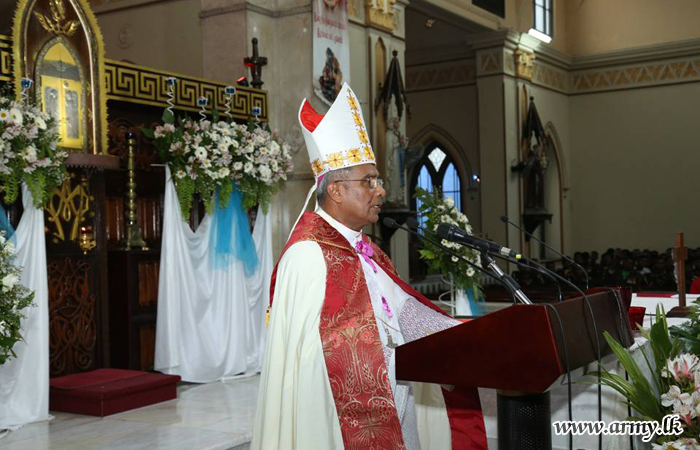 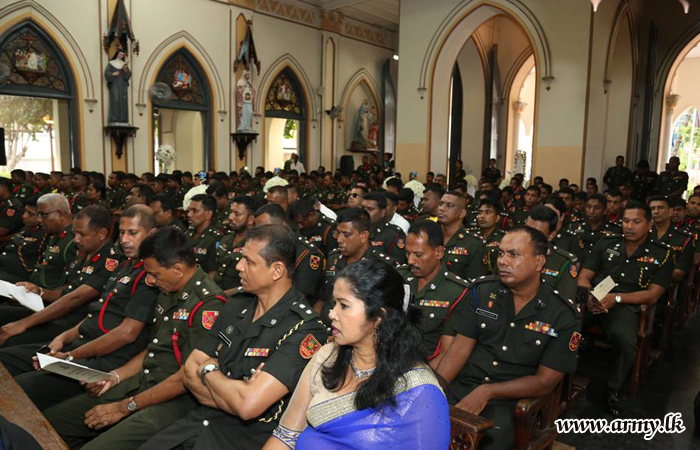 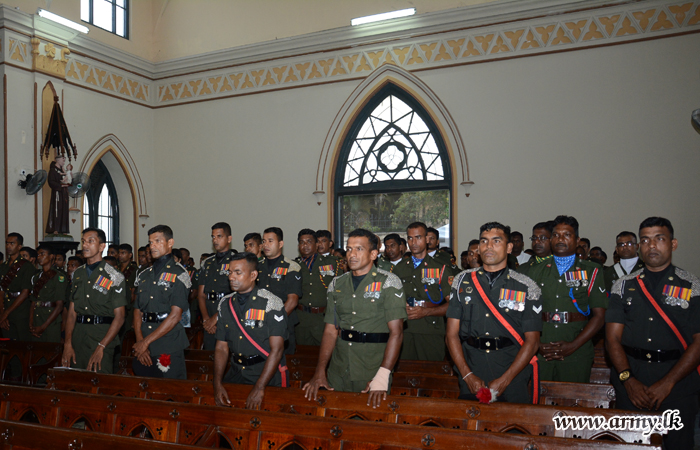 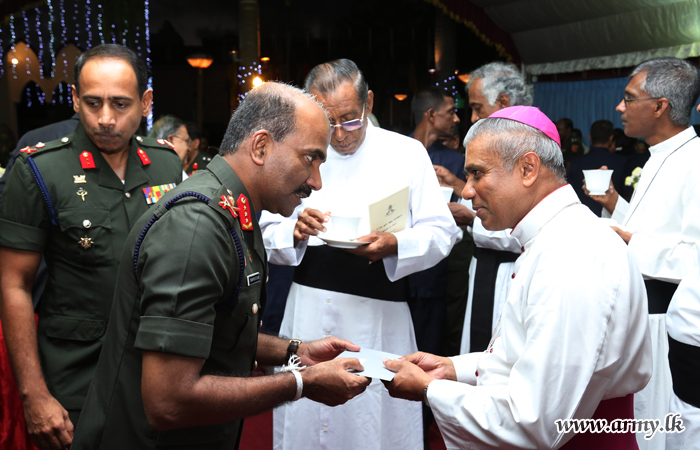