Senior Colonel Xu Jianwel, Defence Attaché in the Embassy of People’s Republic of China in Sri Lanka paid a courtesy call on the Commander of the Army, Lieutenant General Shavendra Silva at the Army Headquarters on Tuesday (10).

Discussions that ensued largely focused on sound bilateral relations that prevail between both military organizations and possibilities for further improvement with varying training modules for tri servicemen in Sri Lanka, in addition to what has already been granted by the Chinese Army.

Lieutenant General Silva gratefully acknowledged the understanding and the cooperation, being extended by Chinese counterparts to the Army throughout last couples of years and expressed his desire to further promote such ties in future.

Towards the end of the cordial discussions, they exchanged mementos to mark the courtesy meet at the Army Headquarters. An assistant officer to the Chinese Defence Attache was also associated with the occasion. 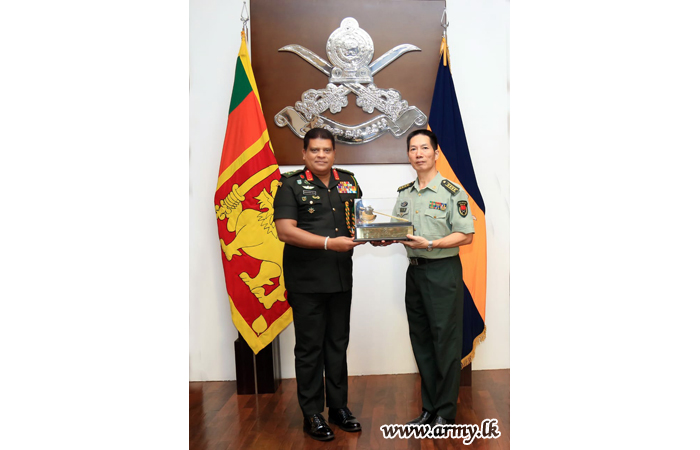 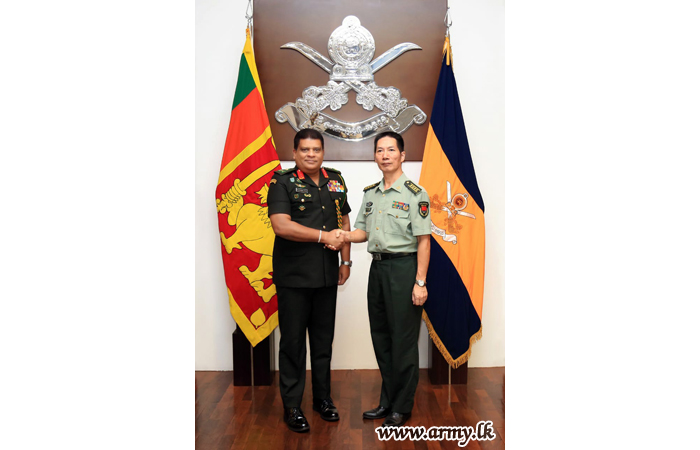 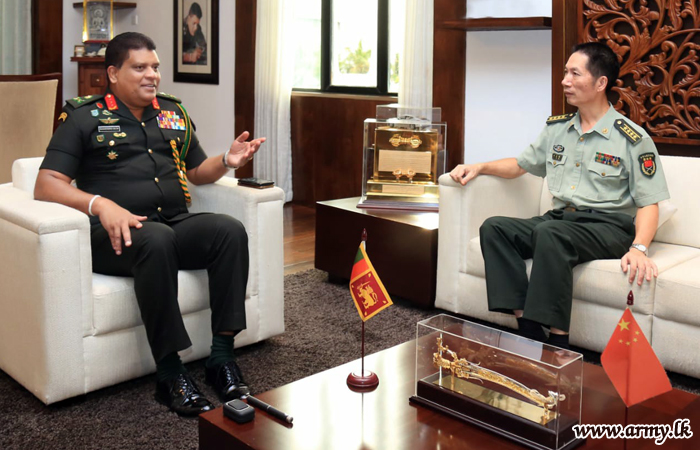 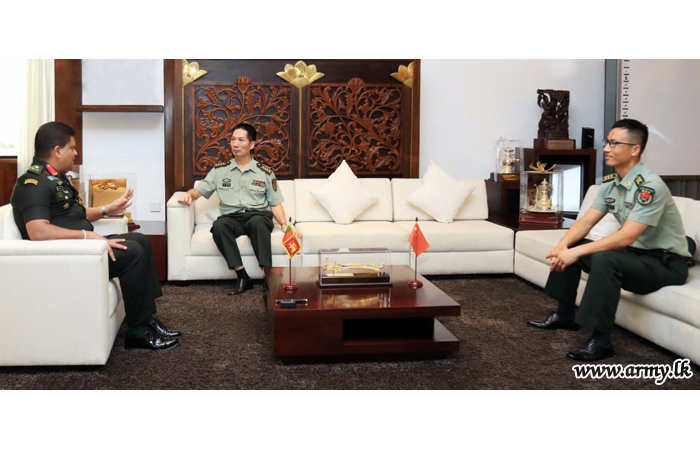 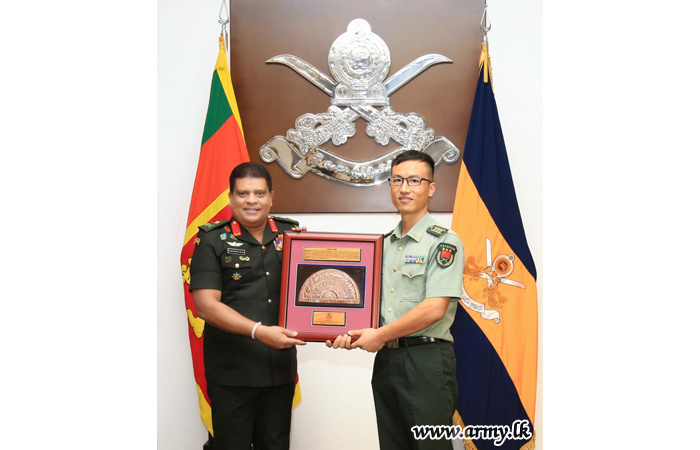