Defence Secretary General Kamal Gunaratne (Retd) together with a high level delegation of state officials, service chiefs and defence experts on the sidelines of the main itinerary had a fruitful discussion with the visiting Chinese delegation, led by the Chinese State Councillor and Defence Minister General Wei Fenghe this morning (28) at the Shangri-La Hotel, Colombo.

“We are looking forward to working together with Sri Lanka to enhance practical cooperation and to promote bilateral relations to a greater extent,” said General Fenghe while highlighting the existing military ties between two countries.

The official signing of the Military Assistance Protocol between two countries also took place on the same occasion. The Defence Secretary and Tri Forces Commanders exchanged mementoes with the Head of the Chinese Delegation General Fenghe as symbolic gestures of goodwill and understanding and added memories to the occasion. 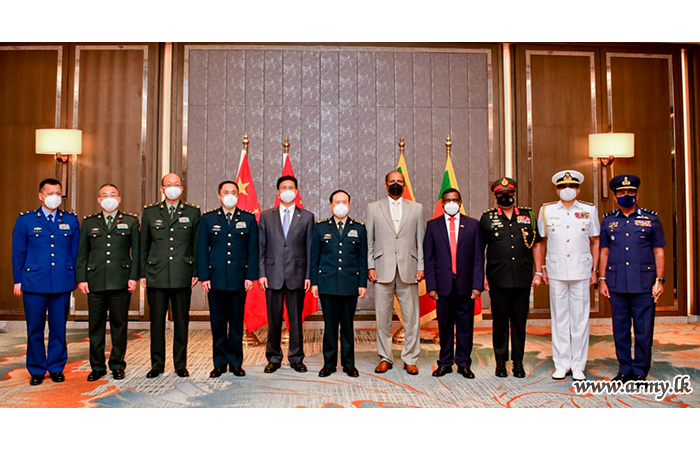 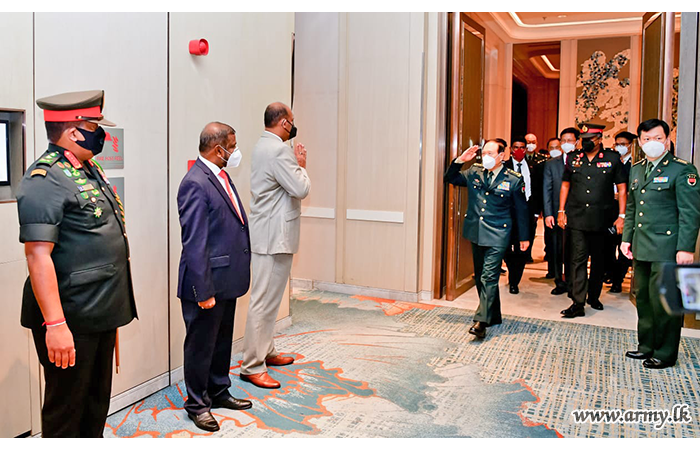 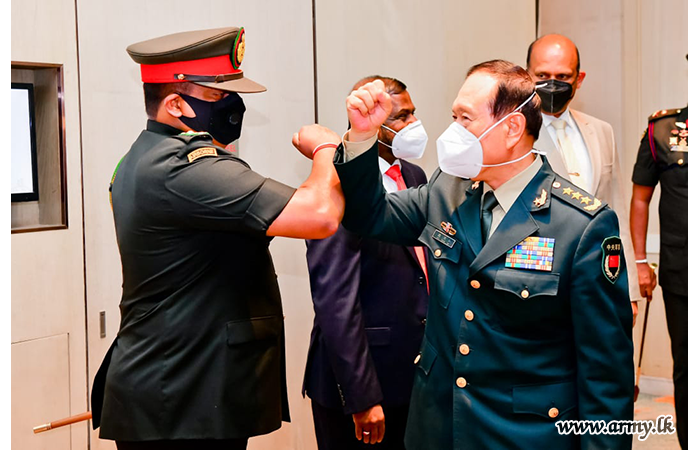 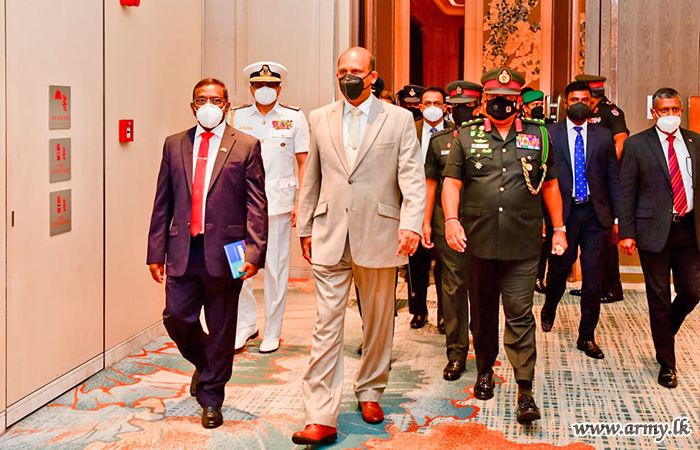 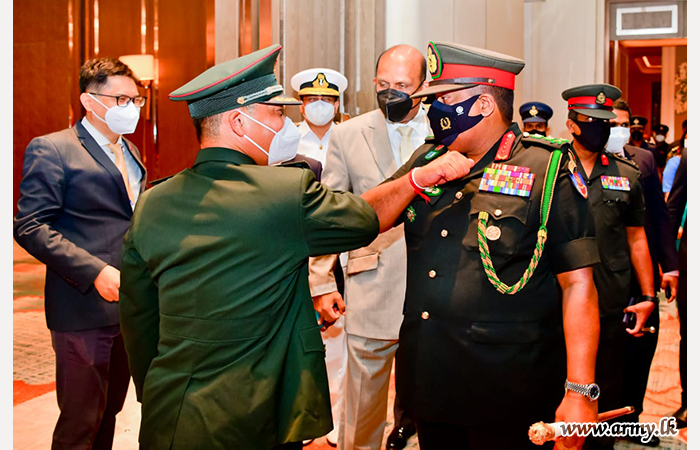 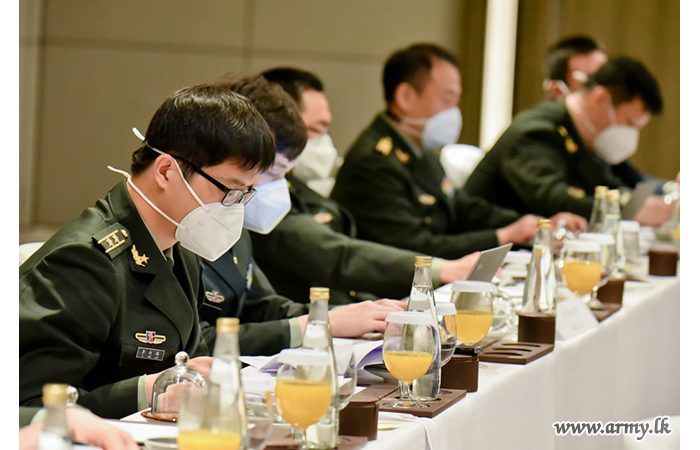 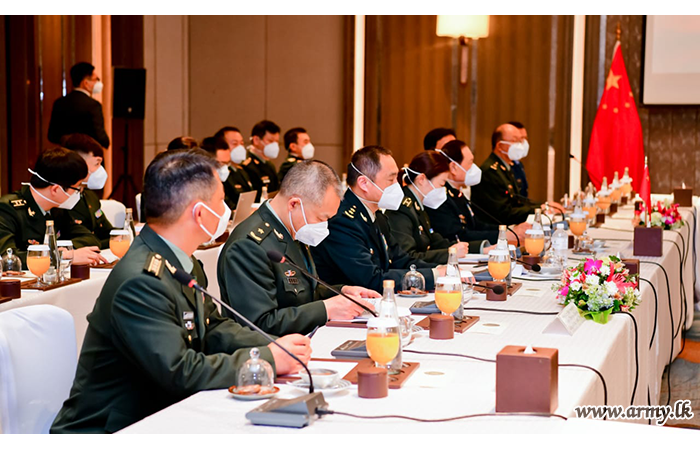 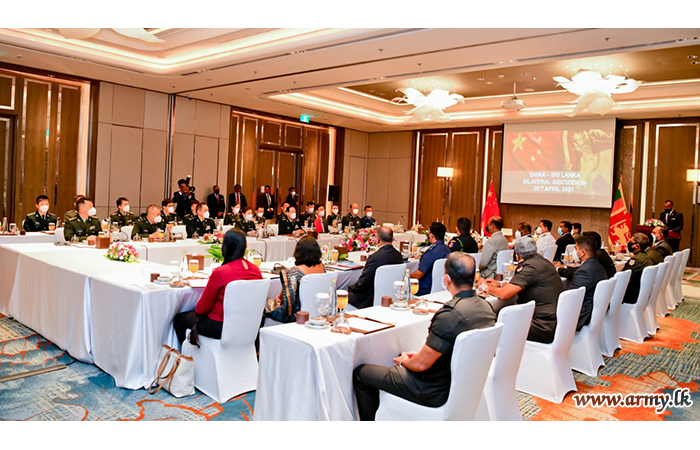 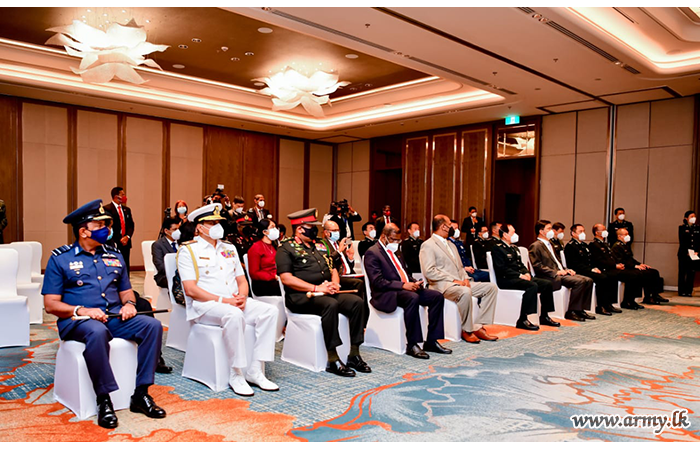 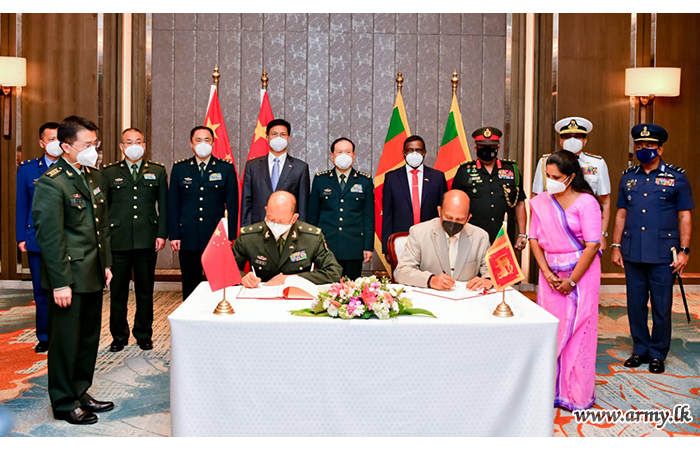 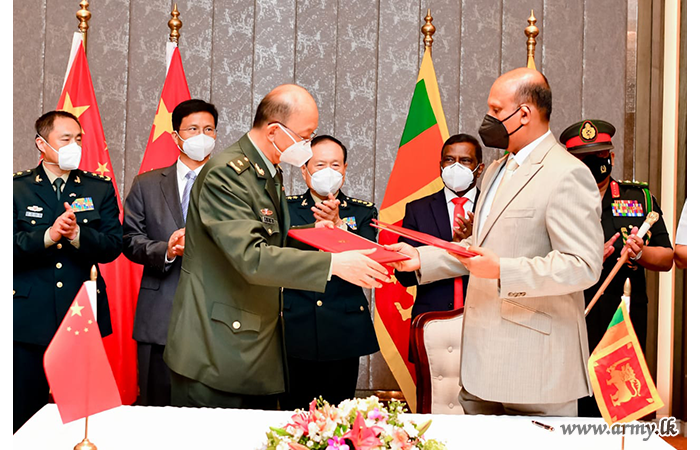 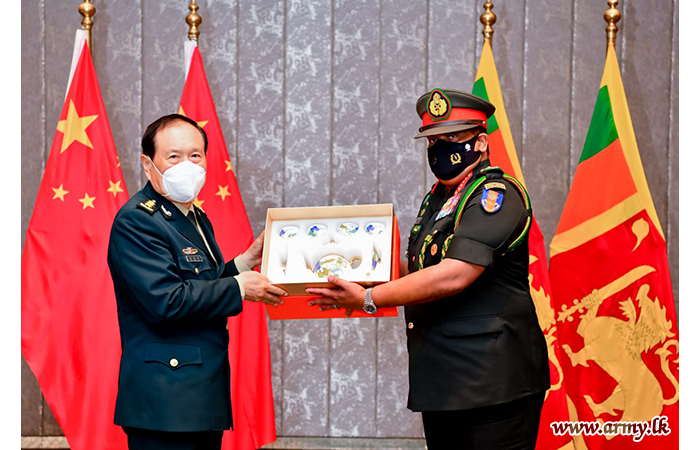