Senior Colonel Wan Dong, Defence Attaché in the Embassy of the People’s Republic of China in Sri Lanka, together with his spouse, Colonel Gao Bin called on the Commander Security Forces – East, Major General Priyantha Jayawardane at the Security Force Headquarters - East during a tour to the East on Wednesday (21).

After a warm welcome, Major General Priyantha Jayawardane emphasized the understanding and the cooperation, being extended by Chinese counterparts to the Army in the last couple of years, and expressed willingness to further promote such ties in the future.

Towards the end of the cordial discussions, they exchanged mementos to mark the courtesy meeting at the Security Force Headquarters - East and Senior Colonel Wan Dong made a complimentary note in the Visitors' Book before he departed from the SFHQ-E.

An assistant officer to the Chinese Defence Attaché was also associated with the occasion. Senior Officers and Officers of the SFHQ-East also attended the meeting. 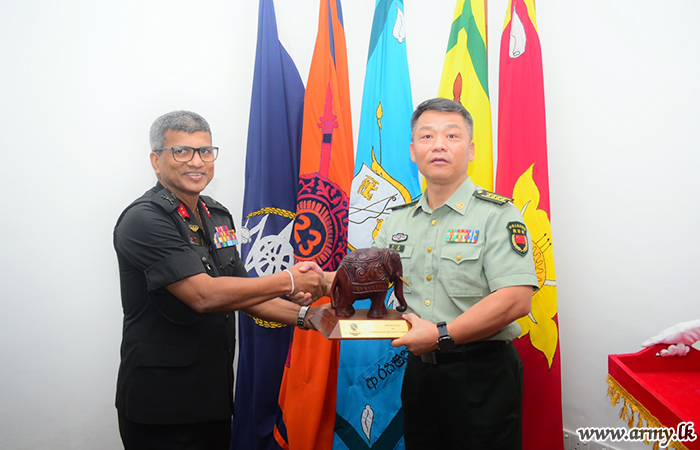 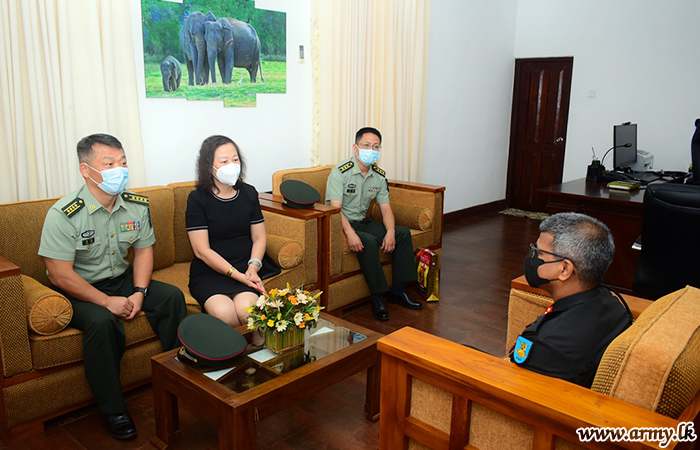 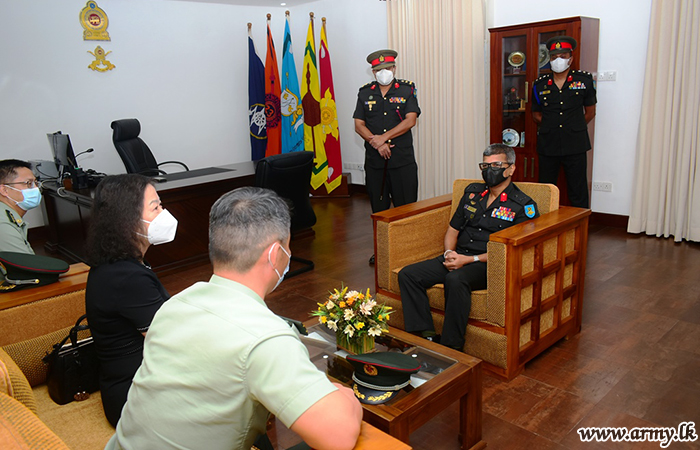 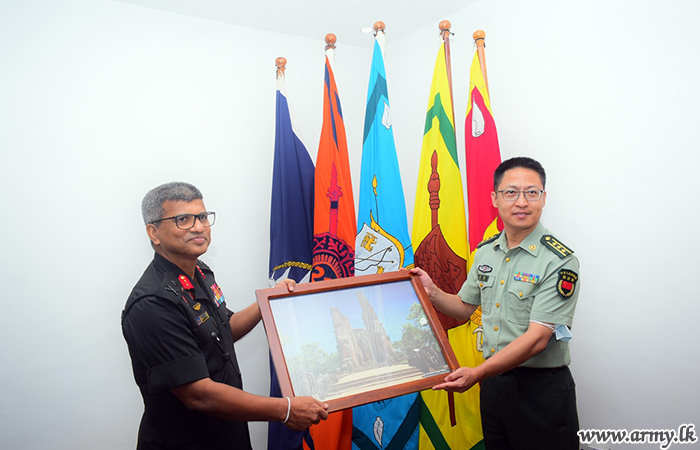 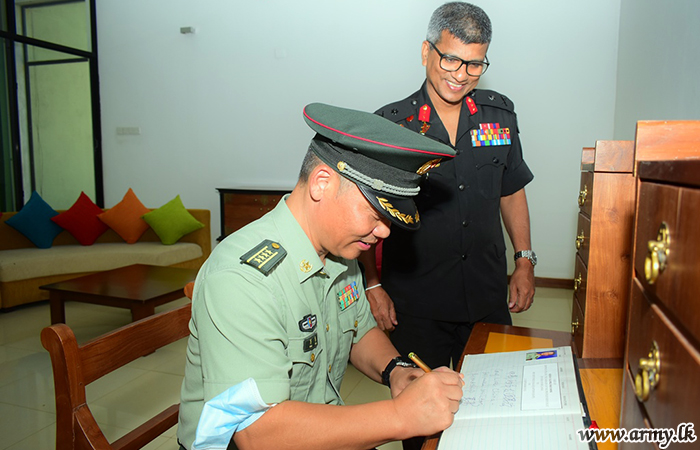 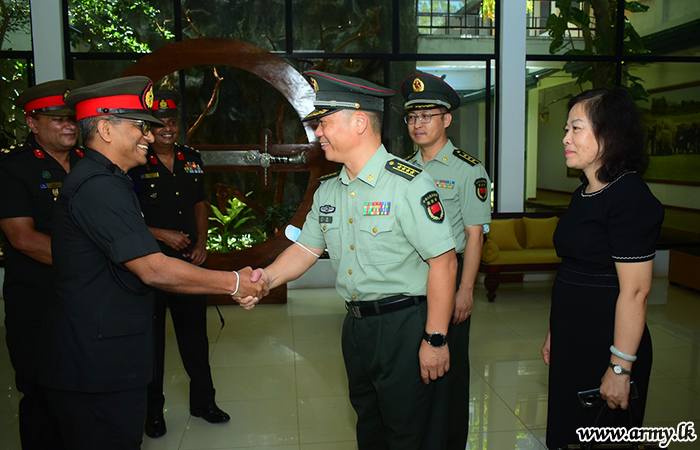