Not forgetful of disabled War Heroes under treatment at Attidiya ‘Mihindu Seth Medura’ (MSM), Major General Sathyapriya Liyanage, Chief of Staff, together with Mrs Shiromi Liyanage undertook a visit to the venue on account of the 70th Army Anniversary on Thursday (10).

Representing the Commander of the Army, Major General Liyanage visited the wards at this wellness resort and met the inmates carrying gift parcels that symbolized the importance of the Army Day (October 10).

During his stay, he freely spoke to the inmates and witnessed their aesthetic, musical and handicraft skills of those disabled War Heroes. They presented a few songs and entertained the day’s visitors. He also had a look at the Physiotherapy Unit, Emergency Treatment Unit and a few other treatment rooms of the inmates and received a briefing from the MSM Commandant.

The MSM Commandant, Colonel W.A.W.D.J.D Gunathilaka together with an inmate received the Chief of Staff (COS) on arrival at the premises and accompanied him to the wards where inmates are lying. Before the COS left the premises, he was awarded a special memento by the MSM Commandant. He also did not forget to leave compliments in the visitors’ book.

A few Senior Officers, including Major General Kumudu Perera, Deputy Chief of Staff and Other Ranks were also present during the occasion. 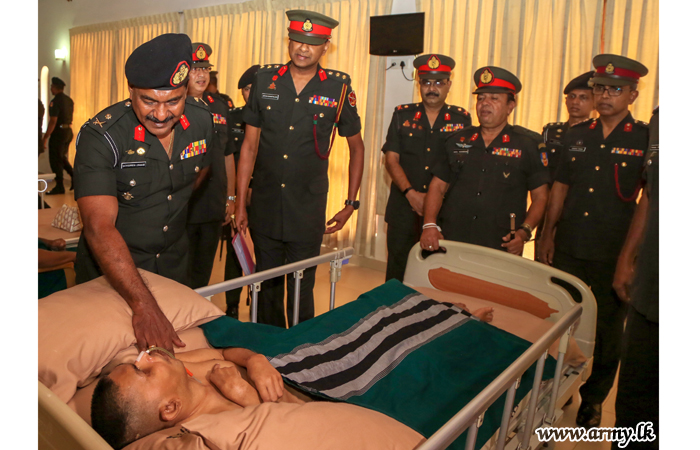 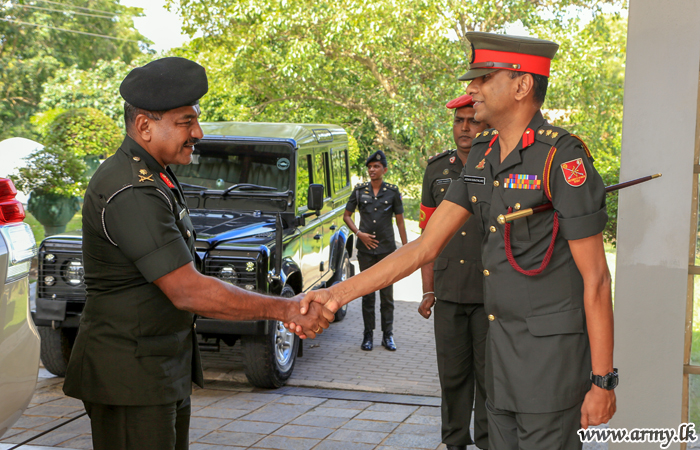 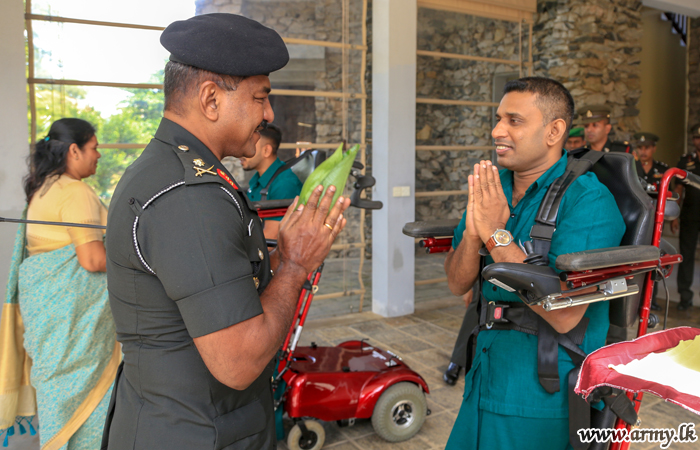 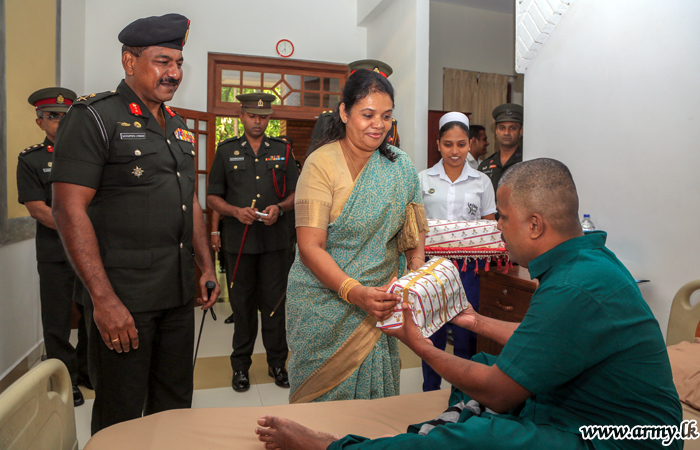 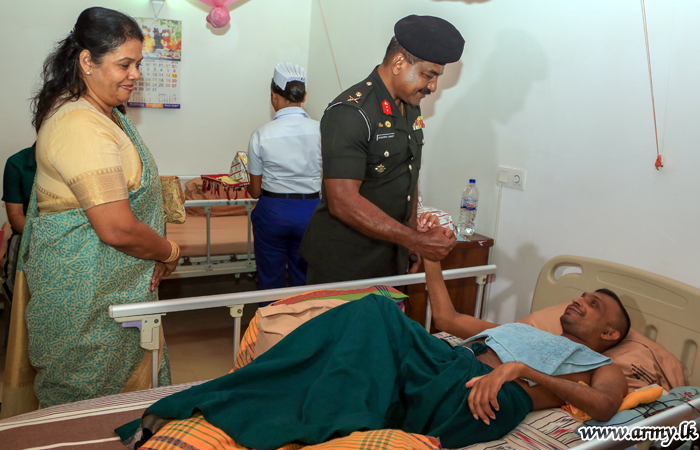 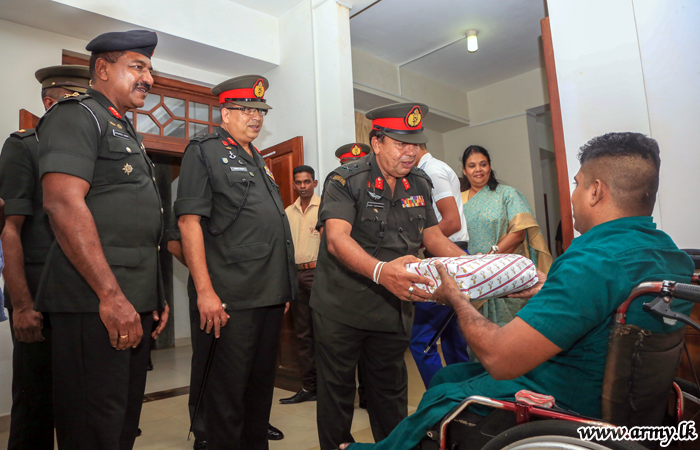 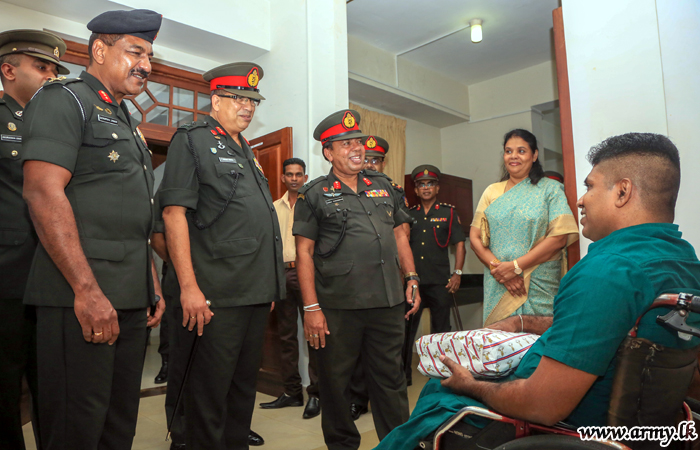 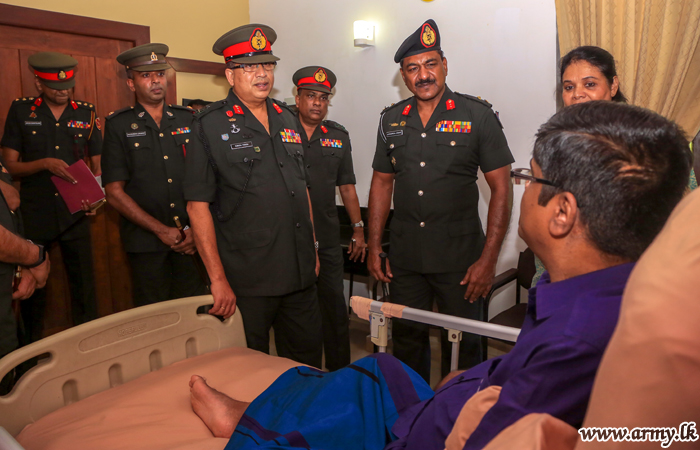 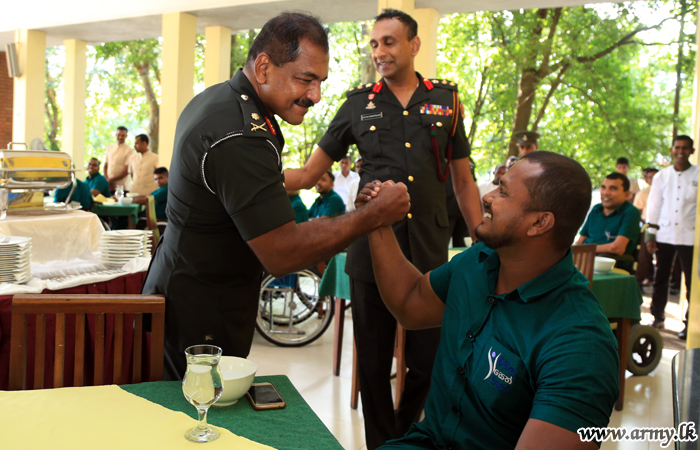 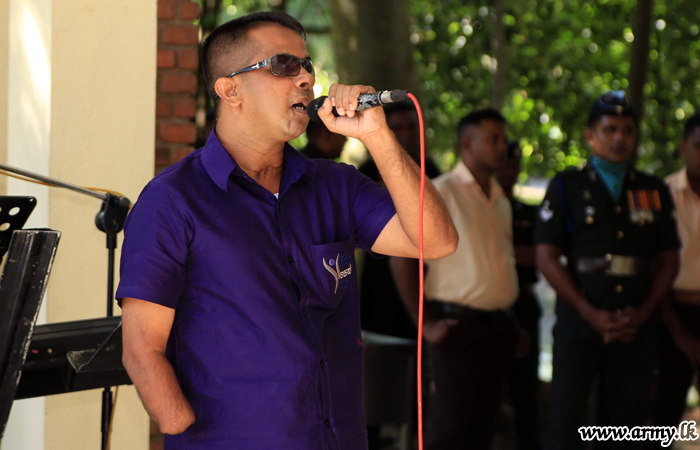 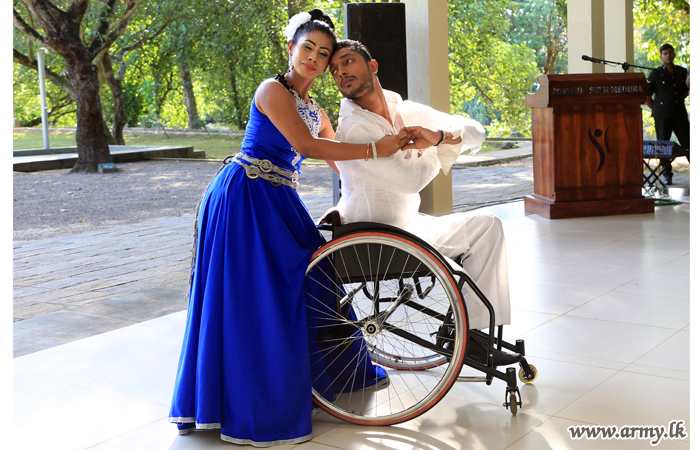 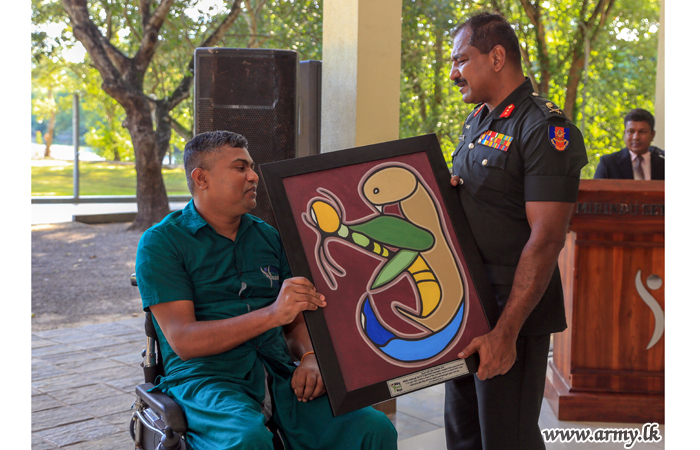 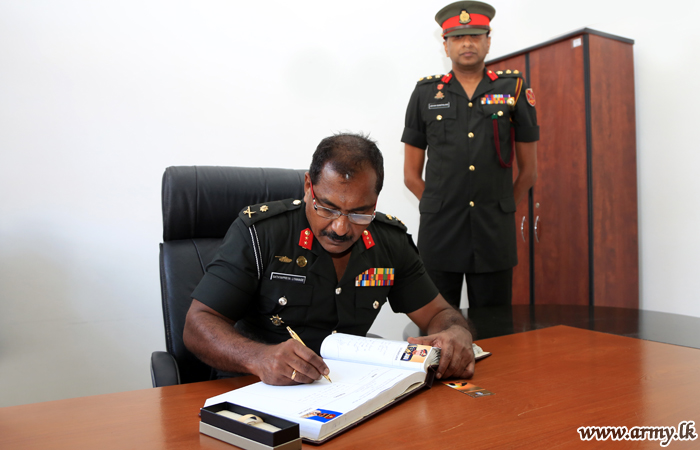