The Vesak lantern, crafted by Warrant Officer I N.H.D Sanjeewa of the Corps of Engineer Services (CES) and his 20-member fellow-soldiers for display at the ‘Buddha Rashmi’ National Vesak Zone was adjudged the best one for the 3rd time and carried away a Tata single cab vehicle as the first prize in the Vesak lantern competition.

The Vesak lantern made of using natural raw materials, like palmyrah and nawapatta creepers attracted the attention of all the visitors to the zone and won the first place.

The same group won the first places in 2013, 2014 and 2016 and the second place in 2015. The lantern was produced by the team within a period of two months under the directions of their senior officers. 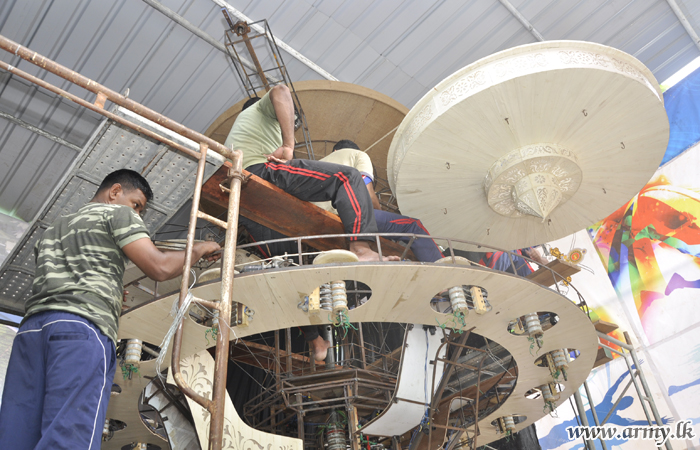 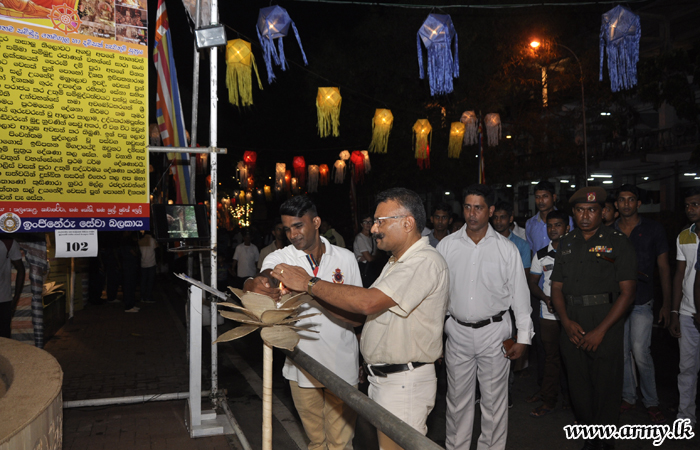 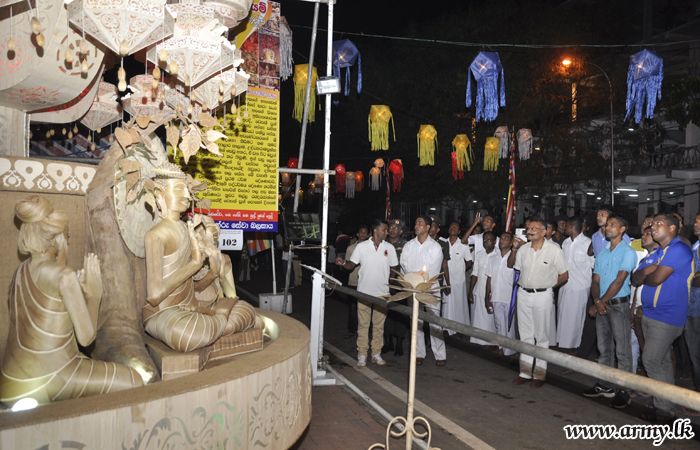 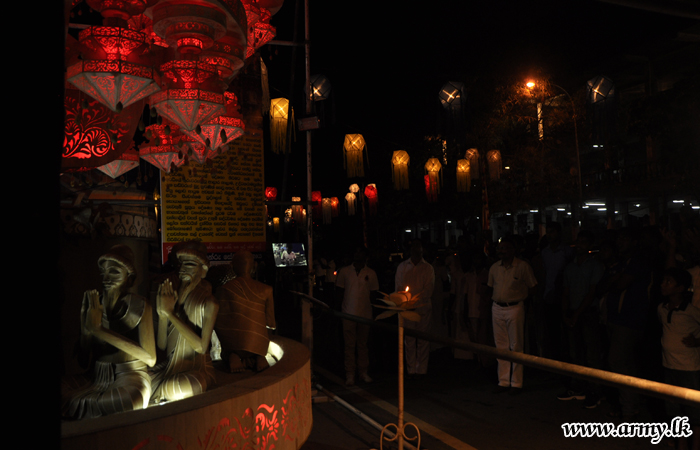 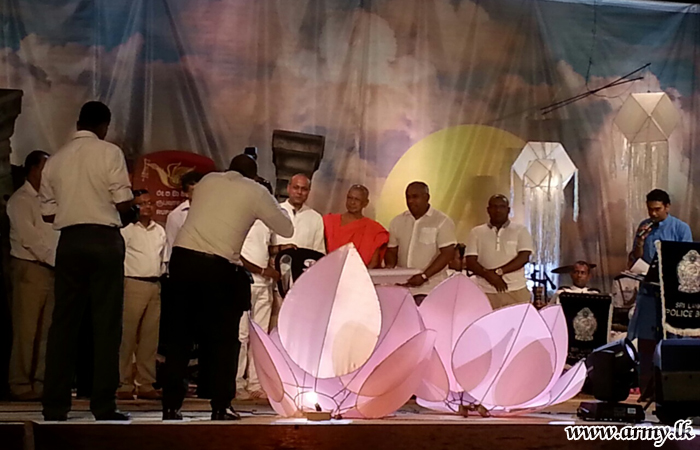 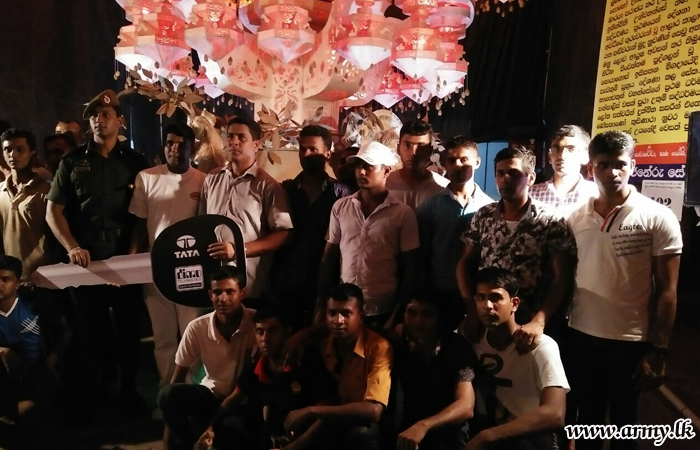 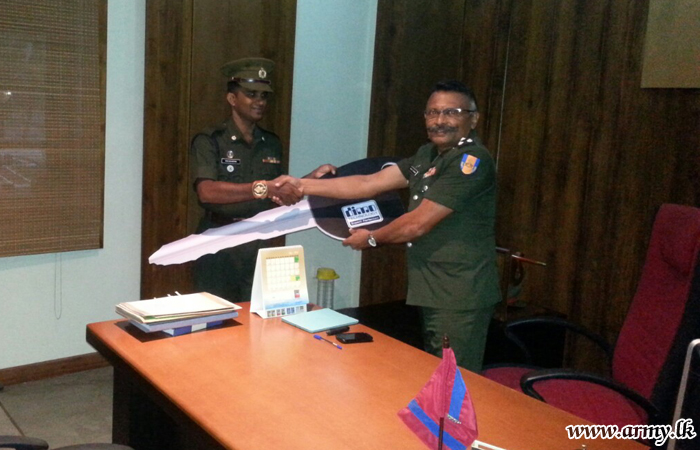 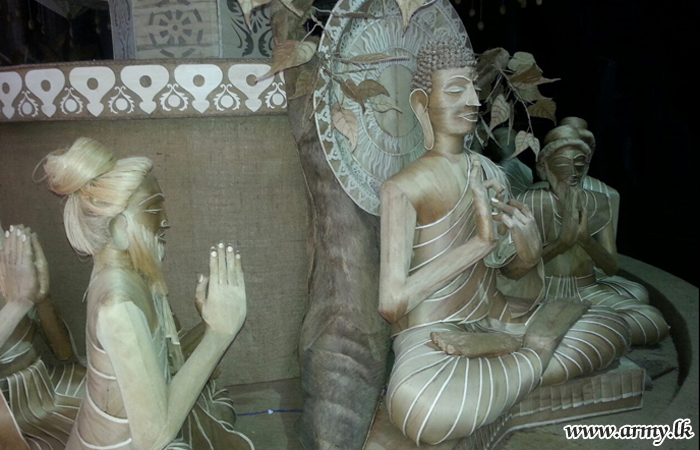 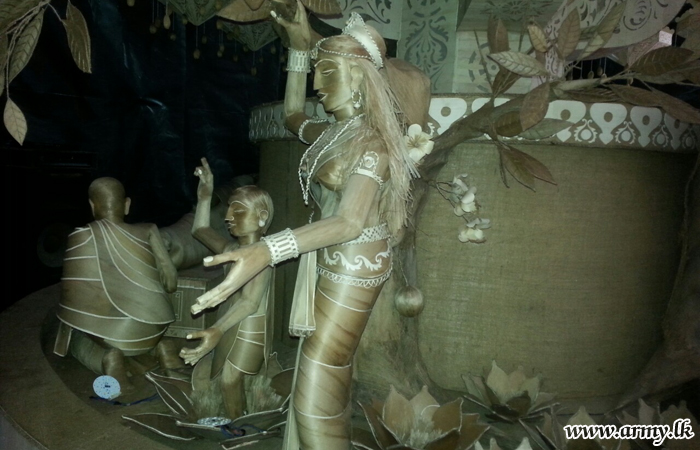